One crop that doesn’t mind the drought

Sunday marked the first day of fall. We’re also wrapping up the second month of severe drought in our area and that could affect local businesses. Flowers... 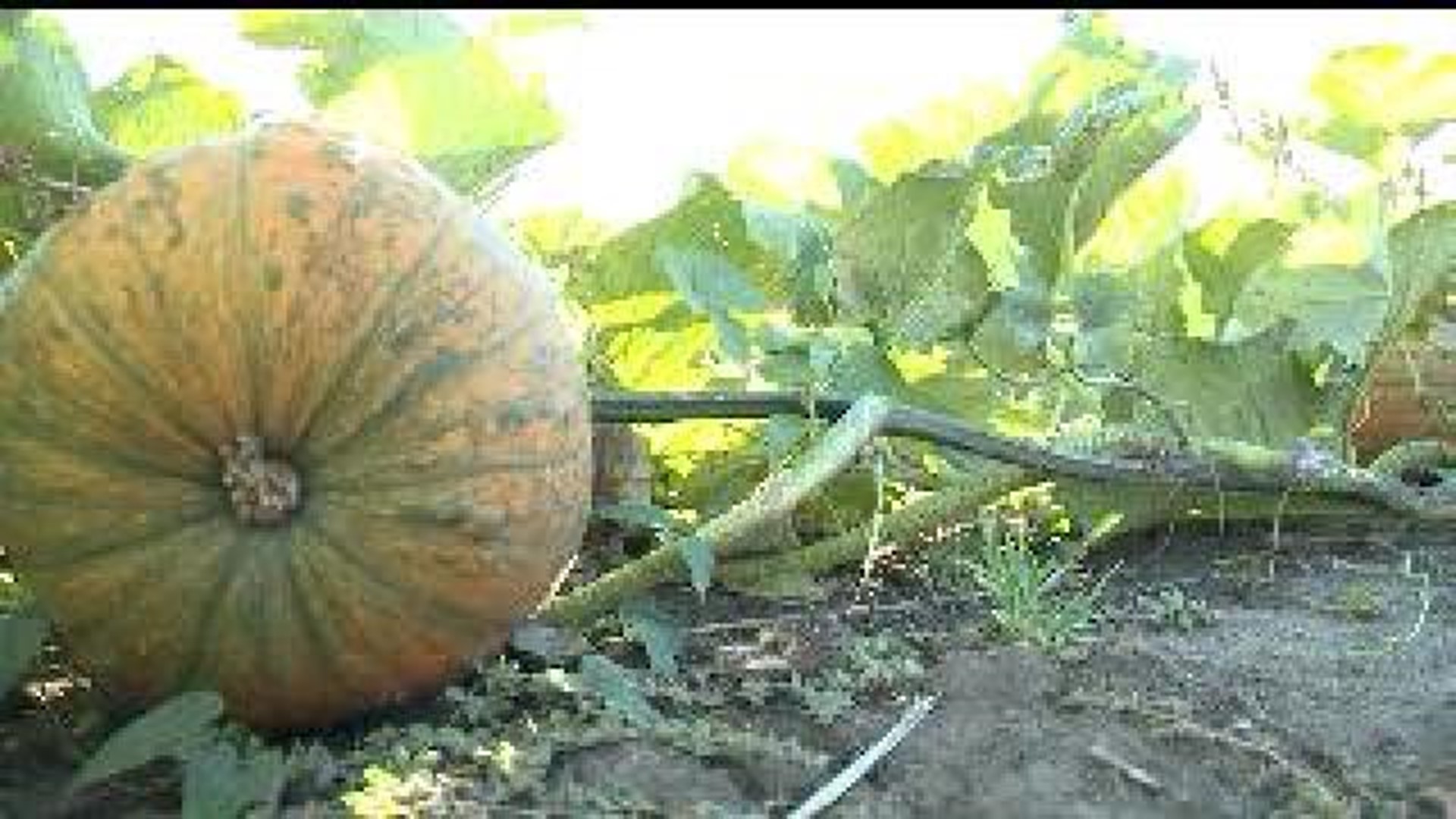 Sunday marked the first day of fall. We're also wrapping up the second month of severe drought in our area and that could affect local businesses.

Flowers are a big part of business at the Corn Crib Nursery in Coal Valley. The owner, Duane White, says the drought has affected the soil and how well they can dig.

However, one crop he grows is doing quite well in the dry weather.

They can be giant, painted with eyes, nose, teeth. They can be wheeled away, even catapulted. But the perfect pumpkin, is up to the one picking it.

"They're what makes everyone come out to Country Corner," said owner Bruce Curry.

Curry has been growing pumpkins for 40  years. He's an expert on pumpkins. They are his livelihood.

"Probably, oh well over half of my money is made during the month of October, just selling pumpkins and having fun on the farm," said Curry.

But with nearly no rain through August and way below average rainfall in September, how are those pumpkins doing?

"Looking at my pumpkins this year, I think I have maybe the best crop I've ever had," said Curry.

The best because this field of pumpkins, actually likes when it is dry.

"Cause when you get a year that's really wet, then it tends to rot," said Curry.

The pumpkins grow under a canopy of leaves. Curry says when it is wet, there is more disease and more fungus. The dryness allows the pumpkins to grow and mature.

"There are crops that need water like tomatoes and the blueberries that do need water, but pumpkins they do really good in a dry year," said Curry.

"Ya, pumpkins are important," said Duane White, owner of Corn Crib. White says while the drought took a toll on the soil, the 1,000 pumpkins at Corn Crib are happy too.

White says not having rain, doesn't translate to a lack of business.

No matter which one they pick.

Curry said he has noticed that his pumpkins are lighter. They weigh about 18 pounds when they normally weigh about 20. He says he'd much rather have lighter pumpkins than a field full of rotten ones.