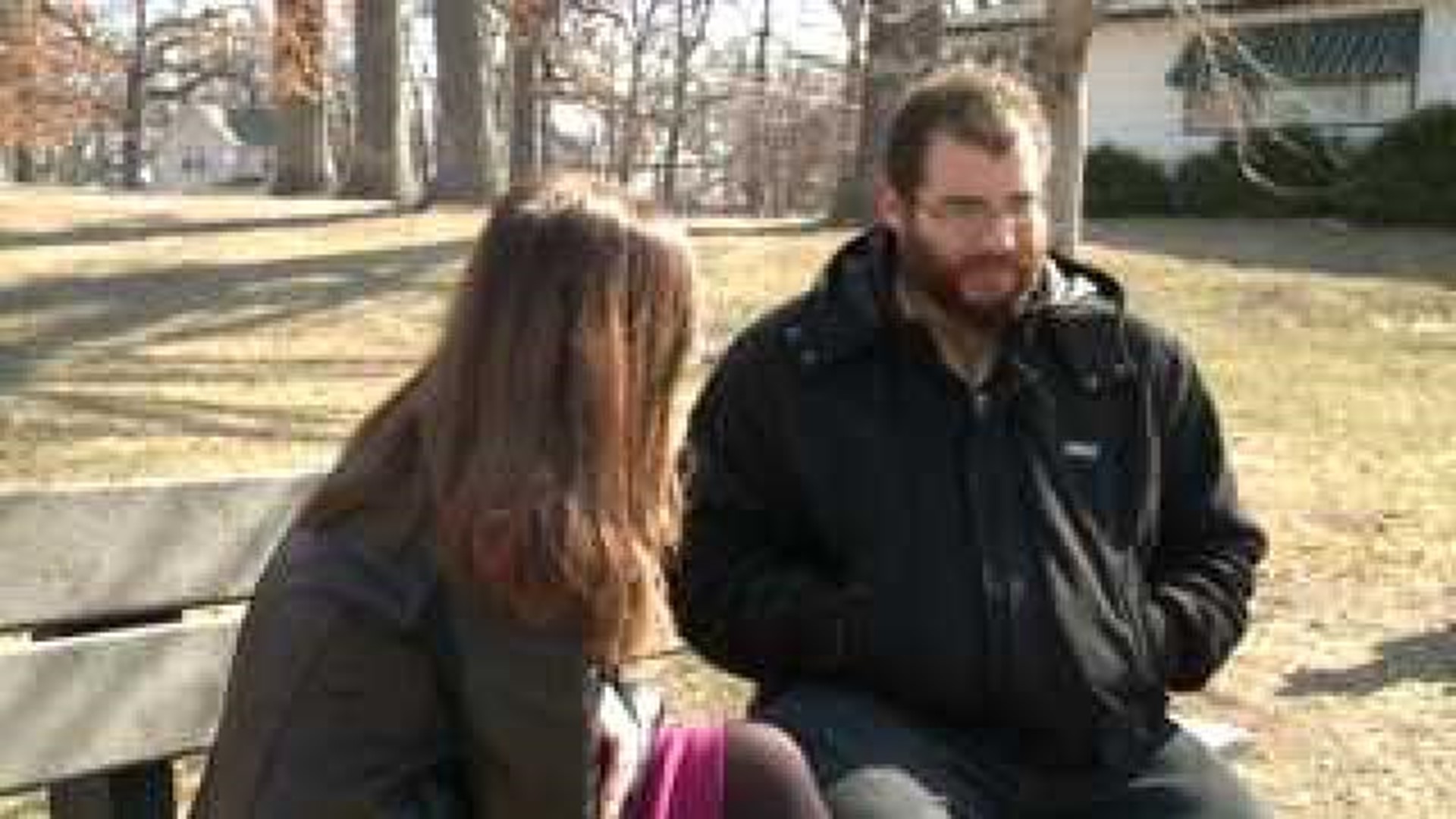 Vandervelde lives in nearby Davenport, Iowa.

"It's just outrageous, having a son now. I can't imagine a situation where my child had been cut by those razor blades." Vandervelde said.

"Basically, the way I see it, we've got a psychopath roaming around the Quad Cities and as a parent, I don't feel safe for my child.  So, I'm going to do something about it," Vandervelde said.

The former Hawkeye football standout is the father of a 15-month-old boy.

A two-year-old Moline boy cut his hand on one of the blades attached to the monkey bars. He is doing fine, but it could have been much worse.

"There's a sicko out there and the sooner we get him caught, the better," Vandervelde said.

"If it had been my son, I'd be out for blood. I mean, we'd have NFL security teams, Dog the Bounty Hunter, I'd have Boba Fett on the phone. Every bounty hunter for a thousand miles would know about it," Vandervelde said.

An East Moline police captain said investigators have received "a few calls" and are looking into possible leads in the case.

"I can't possibly ignore this. To have this creeping into our community is completely unacceptable. It's not about stepping on the police's toes. I'm fully confident in them, but anything we can do to speed up the process before whoever did this has a chance to do something horrendous again," Vandervelde said.

Get more of our coverage of this story - click here.