Tyla Sherwin-Cole is ready to write a new chapter for Dress for Success Quad Cities… in a new location. 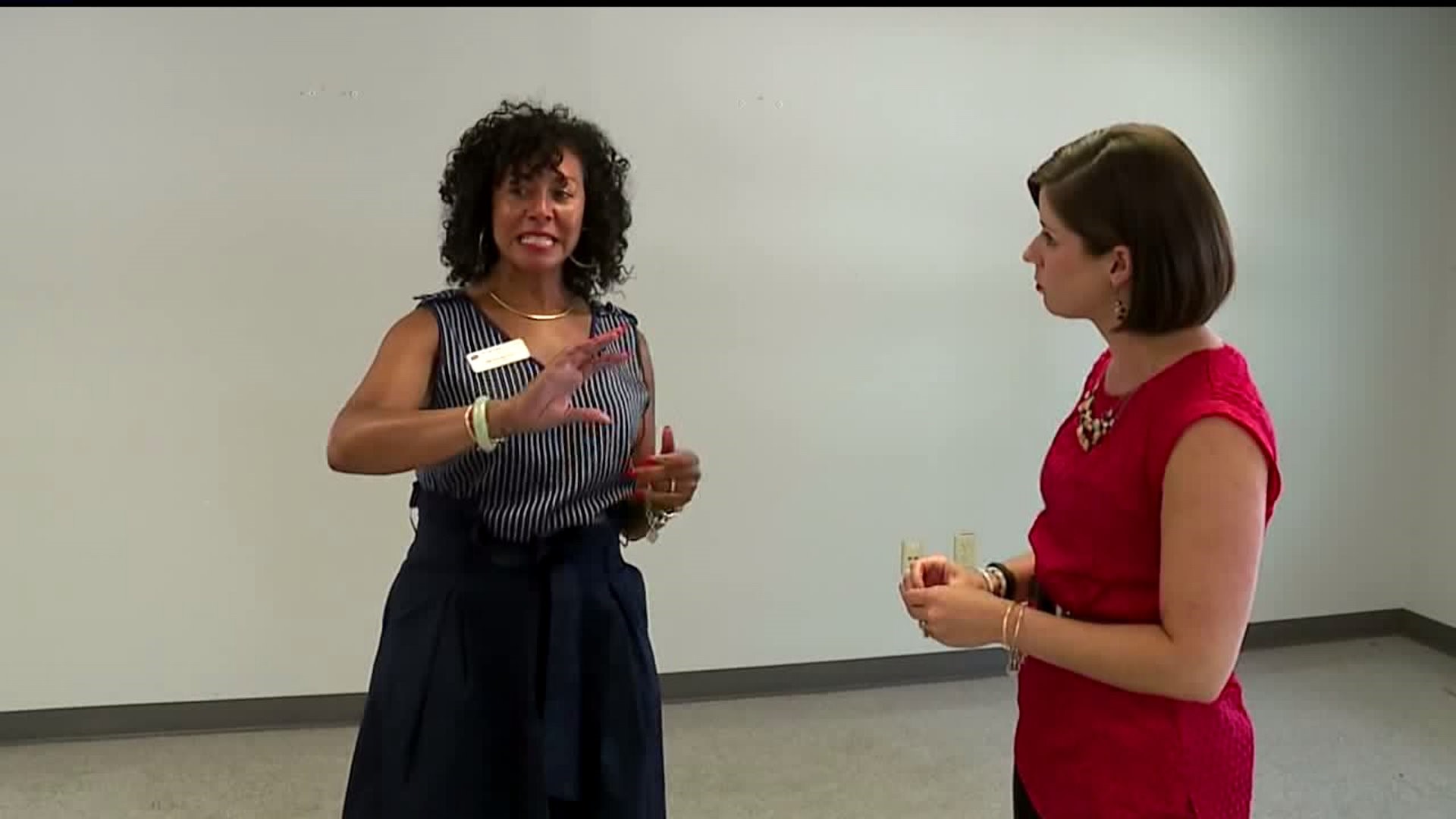 Tyla Sherwin-Cole is ready to write a new chapter for Dress for Success Quad Cities... in a new location.

The nonprofit has been on East 2nd Street in downtown Davenport for several years, but its lease was canceled after the temporary flood wall failure on April 30th, 2019, followed by the flooded Mississippi River breaking a record just days later.

"I knew I was going to have to find somewhere to operate out of," said Regina Haddock, Founder and Former Executive Director of Dress for Success Quad Cities. "It was going to be a long journey. Then, of course, with the lease being canceled, it was not only how do we keep operating, but how do we start new and pass that off to everybody who was helping us through the transition and succession planning? It was heartbreaking."

Less than two weeks before the breach, Regina had publicly announced her retirement at Dress for Success Quad Cities' annual Recycle the Runway fundraiser. She created the local chapter of this worldwide organization nearly 10 years ago and since then, has empowered nearly 1,700 women in our community to achieve economic independence.

Her team was in the middle of finding a new Executive Director when the Mississippi River kept rising and rising, costing Dress for Success Quad Cities between $40,000-$50,000 in damages:

"I did think - maybe we should stop the search, but there were so many great candidates," she explained. "We had that forward momentum. We just couldn't stop and I'm really glad we didn't."

The search led Dress for Success Quad Cities to Tyla Sherwin-Cole, who was born, raised, and still lives in the Quad Cities. She is no stranger to floods, unfortunately. She was just hired as the Eastern Iowa Program Coordinator at the African American Museum of Cedar Rapids when the flood of 2008 put that area underwater. She said watching Dress for Success Quad Cities move their mission forward despite the flood inspires her:

Within three weeks of the flood breach, Dress for Success Quad Cities was able to restart suitings in a temporary location - the old Beauty Brands building off Elmore Avenue in Davenport - thanks to the generosity of Heart of America. What's more - within three months, they found a new home when someone from Vera French emailed Regina and told her they were moving out of their building on 32nd Street off Brady Street.

"We knew right away that this would be a safe landing spot for us where we could start to put down roots and advance our mission," said Regina.

"There's potential," added Tyla. "There's possibility. Things are ever-changing all the time and we have so much space that we can work with."

Ever since WQAD News 8 took a tour of the new location in early August, volunteers and staff members have been painting and getting the rooms ready for suitings, clothes, and a career center. They hope to be able to hold an open house on their 8th Anniversary, which is November 1st.

"It's a challenge, but I welcome it," Tyla said.

In the meantime, Dress for Success Quad Cities needs your help raising $250,000 for their flood recovery and relocation fund. There are several ways you can do that, starting this week with two events hosted by WQAD:

"We're trying to get through today, we're trying to plan for tomorrow, and we're trying to prepare for the future," explained Regina. "$250,000 sounds like a lot, but it's a drop in the budget when you think that to date, we've raised over $1.3 million in less than 8 years. That tells you something. It tells you the community is behind this. They've made an investment in us and in this mission and by golly, we're going to carry it forward."

"We are still strong," Tyla added. "We are not at all weakened by the setbacks that we've had. I believe there's a need in the Quad Cities and we're here to serve that need."