It was a hot July day, when two brothers from New Boston, Illinois were out for a swim, walked into a drop-off and drowned. Nearly two months later, the communi... 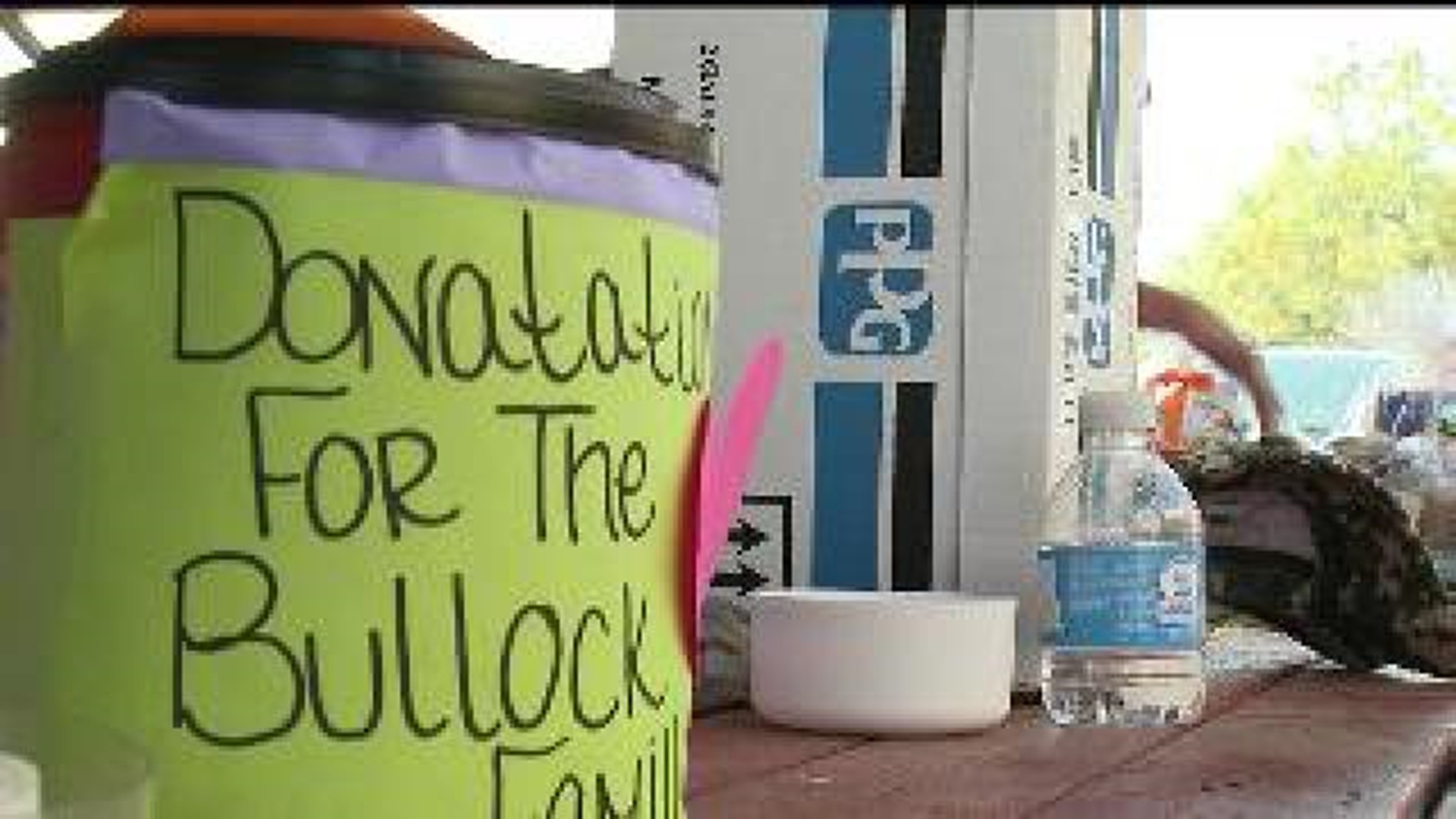 It was a hot July day, when two brothers from New Boston, Illinois were out for a swim, walked into a drop-off and drowned. Nearly two months later, the community of New Boston is coming together to raise money to help cover burial costs.

"We have our good days, we have our bad days,” said Emily Bullock, mother of Nic and Jesse Bullock.

Saturday was a good day. There were bean bags thrown and a band played a rendition of Johnny Cash.  There was a table full of silent auction baskets. One of them had a New Boston Elementary t-shirt, where Nic Bullock would be a fourth grader; reminding these people why they came to Fish Fry Park.

On July 19th, Nic and Jesse Bullock were cooling off in the Edwards River near New Boston, when they walked into a drop off and drowned.

"The coat rack and everything still got their stuff on it,” said Jesse Bullock.

With each good and bad day are pictures, memories of these two country boys.

"From the mud fights through the house, to the water fights in the house, yelling and screaming just being boys,” said Emily Bullock.

"Chubbas and his hugs, daddy, I don't care what we was doing, covered in grease or not, love you buddy... Jesse, I miss his little jokes,” said Jesse Bullock.

In addition to losing Nic who loved the outdoors and Jesse who was an artist, the Bullock family faces the cost of burying their two boys, which organizers of the benefit estimate is around $15,000.

That’s why Lucinda Puckett and Robbye Mowry organized a benefit.

"I've known the boys all their life, grandparents, the parents, they're a mile down the road from me,” said Mowry.

And all these people came to Fish Fry Park in Boston, hoping to make some good out of bad.

If the funeral costs are covered from the benefit, any additional money will go to buy the boys headstones. Donations for the family are being accepted at Joy State Bank F.B.O “The Bullock Family.” In addition to that, Stigma Tattoo in Muscatine, is giving all the proceeds from tattoos in honor of the boys to the family.