It’s a joyous homecoming in Rock Falls this afternoon, one 115 soldiers with the 1644th Transportation Company has made it home safely. 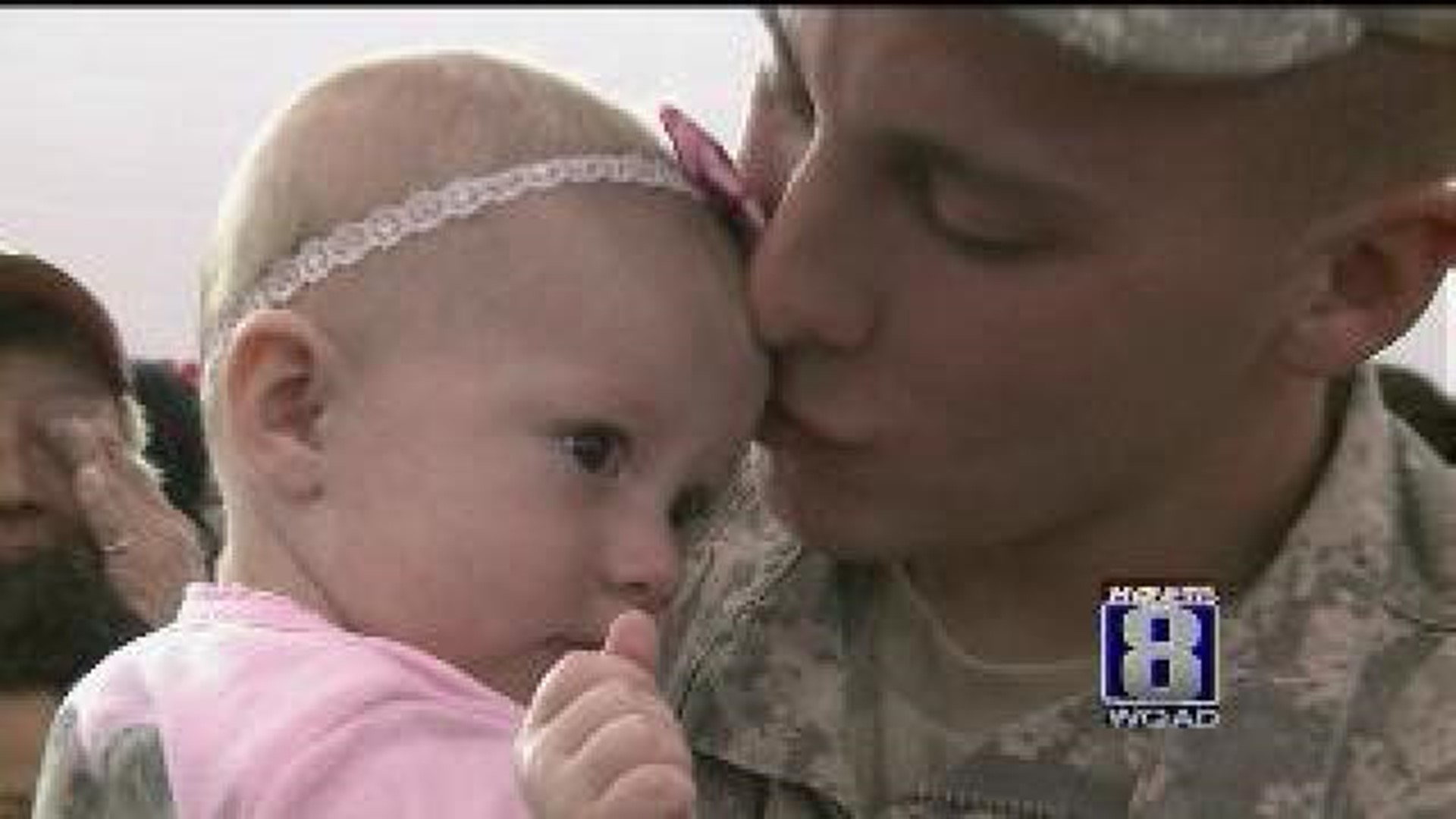 It's a joyous homecoming in Rock Falls this afternoon, one 115 soldiers with the 1644th Transportation Company has made it home safely. But before friends and family can be officially reunited, a few ceremonial words must be said. Including a reminder that today is for celebrating and as Commander Michael Barton puts it, the three H's.

"High fives, handshakes and hugs," says Barton short before bringing the unit into formation for the final time and the company is officially turned loose.

"Company attention! …dismissed!" He barks. "I'm not going to lie, I was a little nervous coming in to today, I thought 'alright, don't choke. Whatever you do don't choke!'"

The 1644th played a huge role in the War in Iraq. They were deployed multiple times, and this current trip saw them serving an historic mission - they were the last long haul convoy to leave Iraq as the US mission there came to an end. This wasn't Commander Barton's first deployment, but it was his first ever as head of the 1644th. Now that everyone's home, he'll be leaving his command post.

"It's bittersweet he loves this company they did a great job we're so proud of every single one of them," says Barton’s wife Kelli.

But as Barton says today’s about the three H's - high fives, handshakes, and hugs. He adds being able to send these 115 soldiers to their family and friends means there's a fourth H at play here: Honor.

"It's a feeling all of its own that really can't be described in words. It's more of an emotion than it is anything else. Look around you see what's going on."

"You get lots of squeezes! Ahhh! One more? Sure. Ahh!" says Barton and his daughter.

The 1644th was supposed to be in Kuwait and Iraq until July of this year, but the draw down in Iraq meant the company got to come home early. Commanders are happy to report not a single soldier was hurt during their deployment.