MUSCATINE, Iowa – The battle between the Muscatine mayor and city council has been going on for almost two years in and out of the courtroom. The big ques... 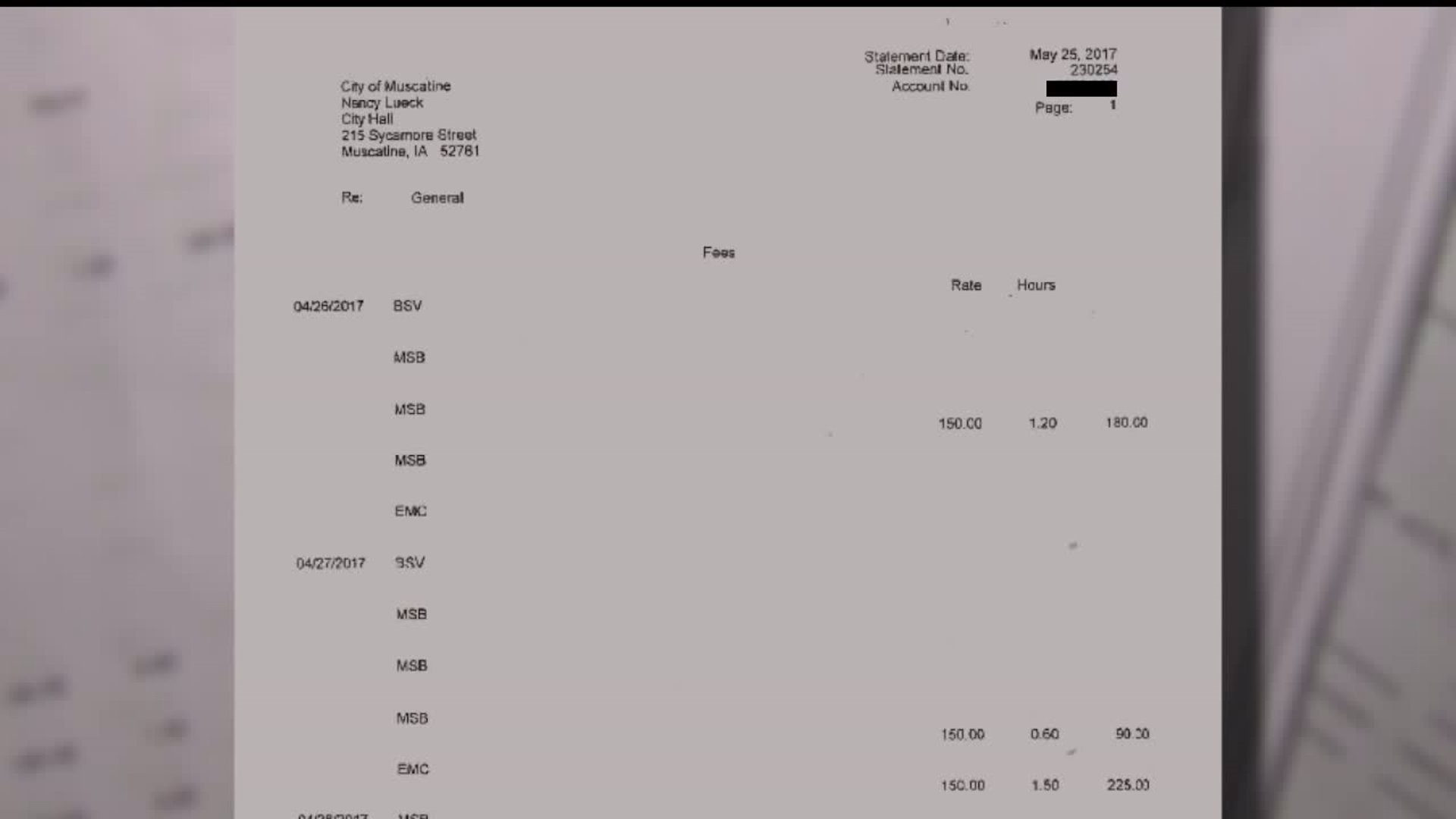 MUSCATINE, Iowa - The battle between the Muscatine mayor and city council has been going on for almost two years in and out of the courtroom. The big question is: How much of the taxpayers' money was being spent to try and remove the mayor?

Back in June 2017, News 8 sent the City Administrator Gregg Mandsager a request for documents reflecting the amount spent by the city of Muscatine, relating to the council's attempt to impeach Mayor Broderson.

At first, Mandsager said those documents didn't exist, but after getting our attorney involved, he had a different response.

Mandsager said it would cost $412 to produce those documents in-staff time and cost of copies.  After News 8 paid that amount, we received an email in August 2017, letting us know the documents were done, but it was going to cost an additional $848 for the 20 hours of in-staff time.

Once again, News 8 decided to pay that amount, only to receive a stack of papers that didn't say much of anything. The paperwork comes from the Brick Gentry law firm in Des Moines. On the left of the documents are initials associated with the work hours listed on the right and a billable amount.  The blank space in the middle is all redacted information about what work was performed.

"That is weird, they should be able to have an itemized billing statement from their attorneys showing each task completed, how much time it took, and what the total charge was," said local attorney John Singer.

Singer says by state code, lawyers in both Illinois and Iowa are required to send detailed bills to their clients.

"There needs to be enough information to give the client an understanding of the work performed," said Singer.

Not only does the city council approve paying all of these legal bills, but they're paid for by the city's liability insurance, showing there should be a breakdown of costs available to the public.

"They have to be able to provide a detailed accounting of what the city spent its money on," said Singer.

Right now, the case filed by the mayor over her impeachment is held up over the city not releasing recordings of closed meetings, despite a judge's order.

The whole fight started when the city accused Mayor Broderson of costing the city too much money.