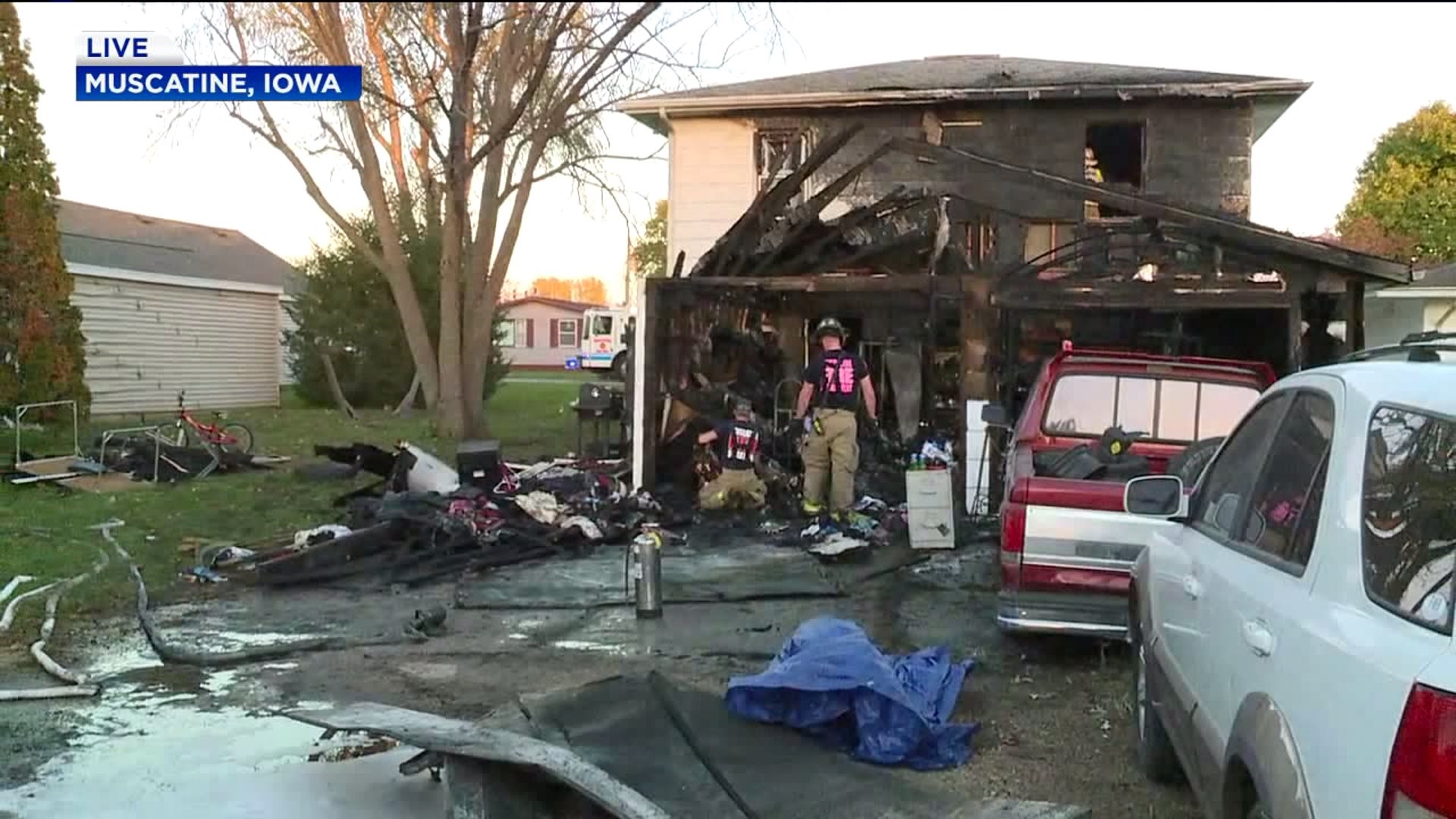 MUSCATINE, Iowa -- A hamster was rescued from a Muscatine home after a garage caught on fire.

The fire in the 2100 block of Grand Avenue, started in an attached garage, according to neighbors.  It spread to the house and consumed about half on Tuesday, October 23.

One person was home at the time, but had stepped out to get the mail before the fire started, said a neighbor.  There was also a hamster inside named "Oreo."  He was rescued by firefighters.

Firefighters were checking for hot spots after the fire was put out.  There was no word on what caused the fire.