“Some of the things that we might take for granted, some Chinese people find to be very interesting,” said Dan Stein. 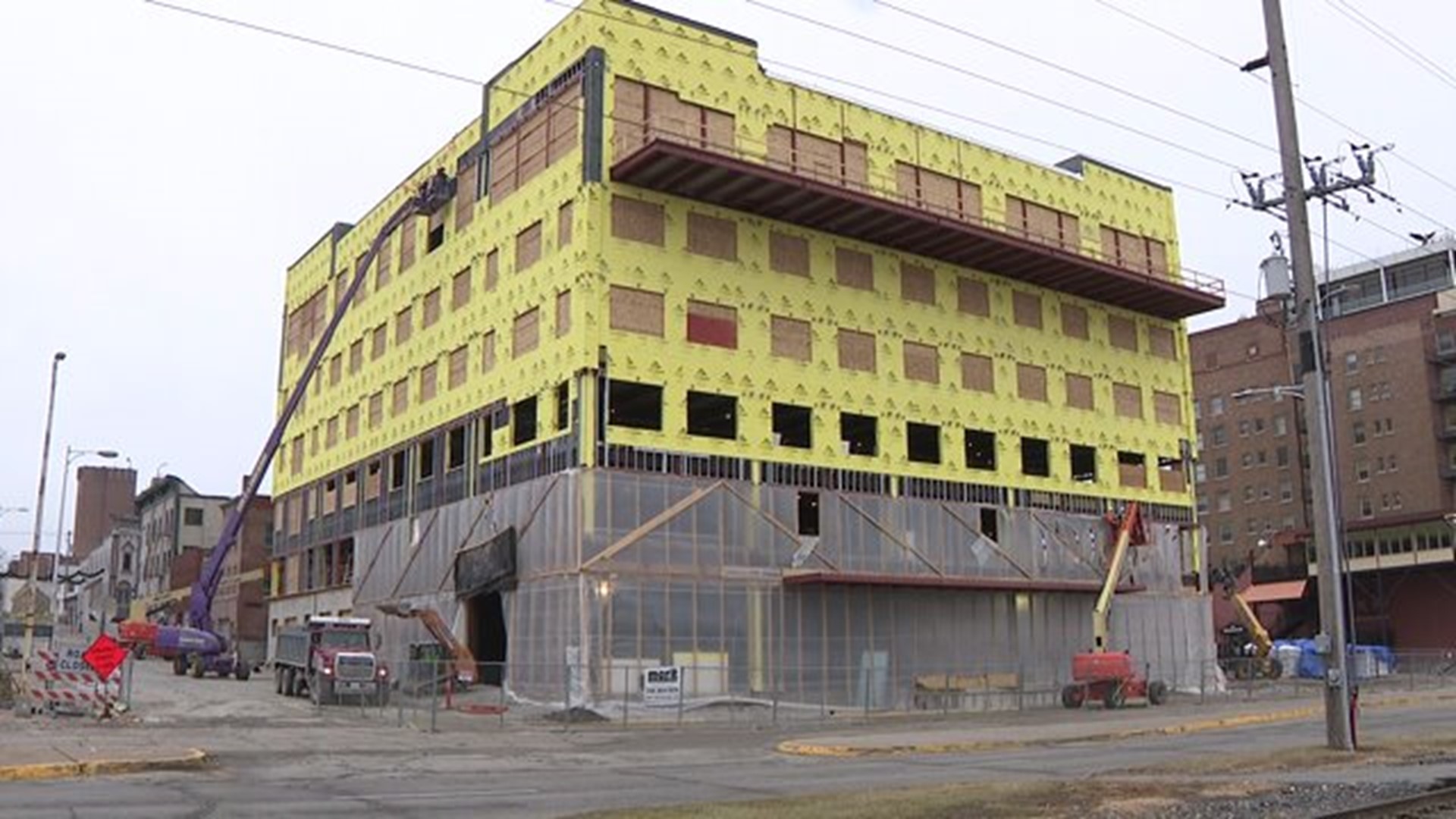 The house is tucked away in a pleasant Muscatine, Iowa, neighborhood.

"He was a young government officer coming up," said Dan Stein, who chairs the Muscatine China Initiative Committee.

"He stayed right here, in the top left corner there," Stein continued.

Those new friends became old friends by the time of a 2012 reunion.  It's reviving a Chinese fascination with the Mississippi River, Mark Twain and Muscatine.

"Some of the things that we might take for granted, some Chinese people find to be very interesting," Stein said.

"I think there's a real opportunity," said City Administrator Gregg Mandsager.  "Now is the time to do this with President Xi in office."

That explains why workers are busy with the upcoming Merrill Hotel and Conference Center on Tuesday, January 3, 2017.

The $42 million project is a tribute to a Muscatine business leader.

But an additional Chinese investor, Glad Cheng, thinks projects like it can also attract more than 5,000 Chinese visitors to Muscatine by the end of 2017.

Cheng, who divides his time between Beijing and Muscatine,  owns the house now and wants to build a museum and develop other exchanges with China.

"The initial draw is President Xi and his connection to Muscatine," Mandsager said.

The hotel project, set to open in late Summer 2017,  will strengthen the Muscatine-China connection for businesses and tourists.

And with Iowa Gov. Terry Branstad poised to become the next U.S. Ambassador to China, it can't hurt.

Now, these old friends could spark new tourism in Muscatine.

"Hopefully, Muscatine and all of Iowa and the Midwest will benefit from (Branstad's) leadership over there," Stein said.

The place where it all started is now the Sino-U.S. Friendship House.

"Folks that visit there are just kind of in awe," Mandsager said.

They're in awe of the global friendship that still reaches from this Muscatine neighborhood.