The popular Moscow Mule drink is known for its signature copper mugs, but a new state law says the mugs must go. 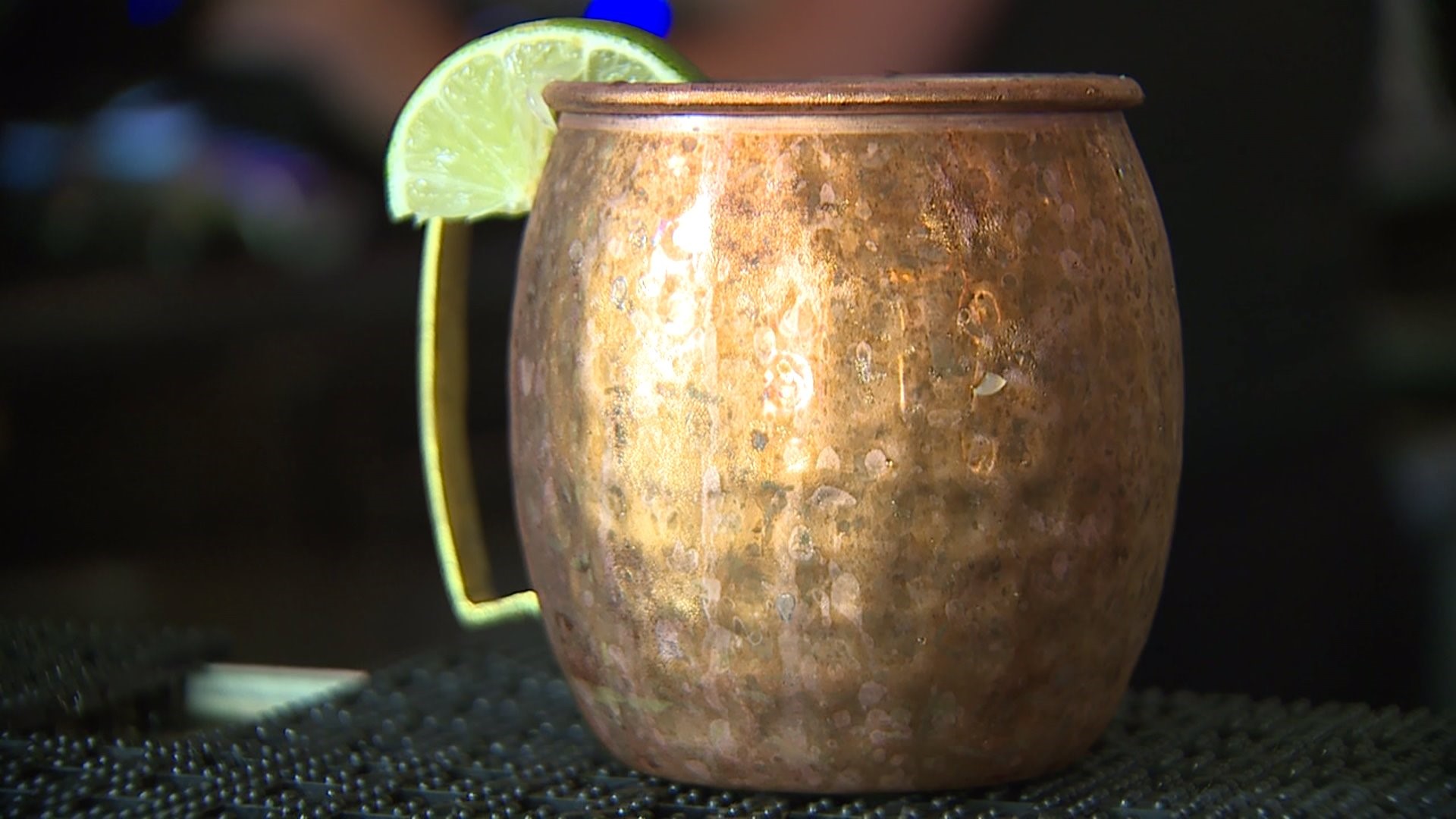 DAVENPORT - The popular Moscow Mule drink is known for its signature copper mugs, but a new state law says the mugs must go.

Some vodka, ginger beer and lime, throw it all together in a copper mug and you have yourself a Moscow Mule.

High concentrations of copper are poisonous and can cause foodborne illness. The law prohibits copper from coming into direct contact with foods that have a pH below 6.0, a traditional Moscow Mule falls well below that.

"We sell quite a few every week even though we don`t have copper mugs," said Brooks.

Over at 11th Street Precinct, it serves Moscow Mules out of a glass and hasn't had any complaints.

"It doesn`t really affect us from a business standpoint and personally our opinion is it basically tastes the same no matter if they`re in the copper or glass," said Brooks.

At Barrel House in Davenport doesn't serve solid copper cups but it does serve the drink in a mug that has copper only on the outside to give customers the same look.

"You definitely want the look of the copper cup on the outside at least," said Makayla Langston.

However, some of the fans of the drink will argue.

"Yeah, they`re probably going to have to change the name of it," said Byrn Smith.

Smith says it it's not in a copper mug he's not buying it, "That`s the way it's always been and it should be."

Businesses say they're going to follow the law, "If that is safe for the public then that is what we`ll do," said Langston.

The state says any copper mug lined on the interior with metal or stainless steel can be used.