A Monmouth College professor wants his students to learn more about impeachment, a process typically covered only briefly in political science courses. 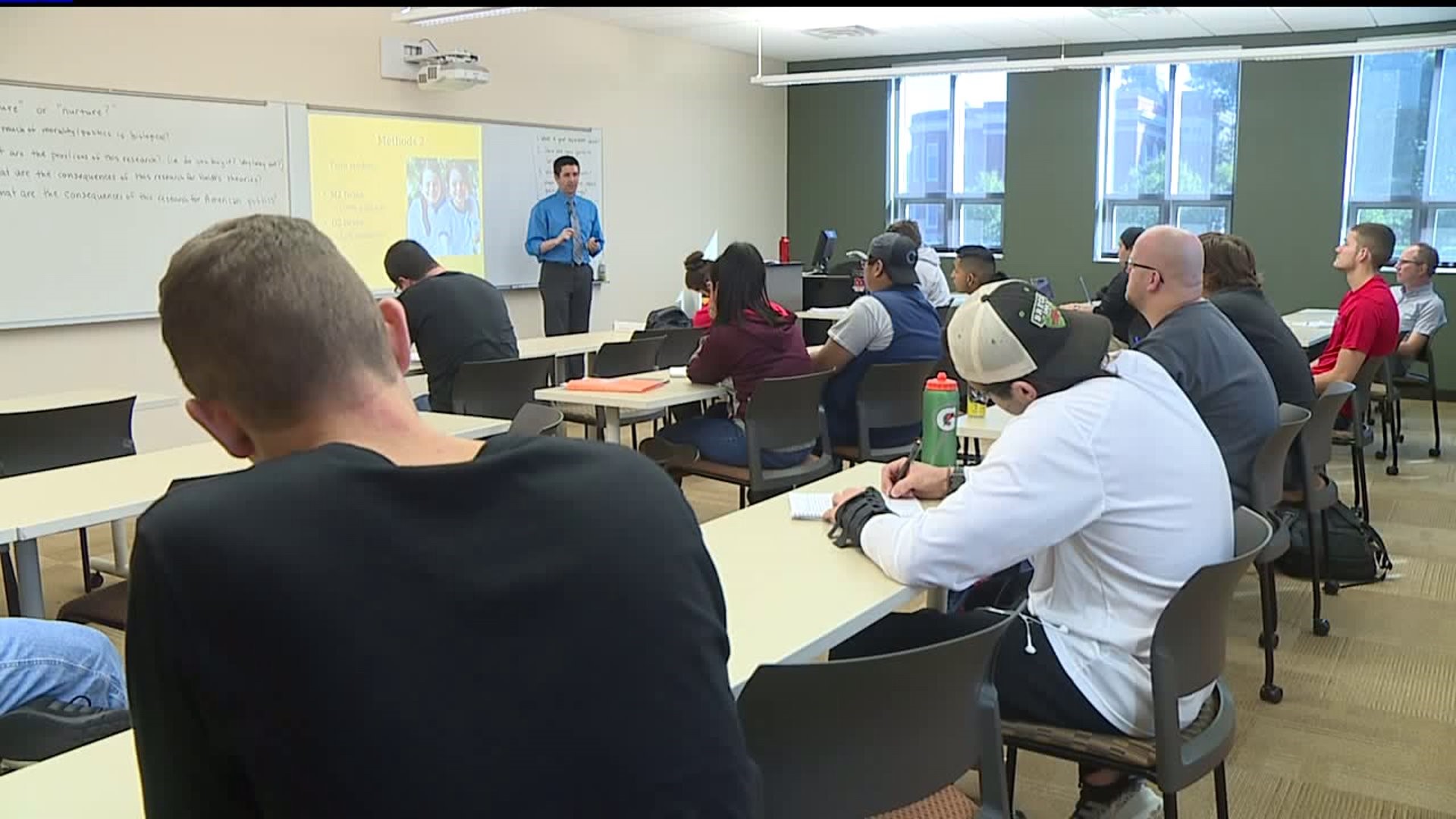 People tend to associate impeachment with the removal of office, but Andre Audette – an assistant professor at Monmouth College – says that isn’t completely true.  To teach his students how the process works, he’s decided to change his curriculum.

In Audette’s Political Psychology class he teaches students how people make decisions when it comes to politics, but impeachment is a topic he never planned to cover.

“It’s something that’s so rare that I didn’t plan for it this semester,” says Audette. “I had to go back and review the procedures for impeachment myself just because it never comes up.”

The book some of his students bought for a political science course only touches on the topic for two pages out of the 1,000-page book.

With such a complicated process, students in Audette’s classes have questions on how it works.

“Do we take facts in as the way they come and say immediately “oh, he should be impeached”,” says Emma Hildebrand, senior political science major. “Or “wait a minute, let’s stop and look at the facts”.”

“Right now, it’s just in the very early fact-finding stages,” explains Audette. “Just trying to find out what evidence they have to marshal against the president.”

Students also have questions on how long the entire process will take.

Audette also stressed to his students even if the House of Representatives impeaches the President, he can remain in office.  Presidents Andrew Johnson and Bill Clinton were both impeached, but in both cases, the US Senate did not agree to remove them from office.

Audette is planning on changing the curriculum of his political science courses in the future to cover the impeachment process in more depth.