“Our headquarters is here,” said Elliott Aviation President Greg Sahr. “We’re proud to be part of the community.” 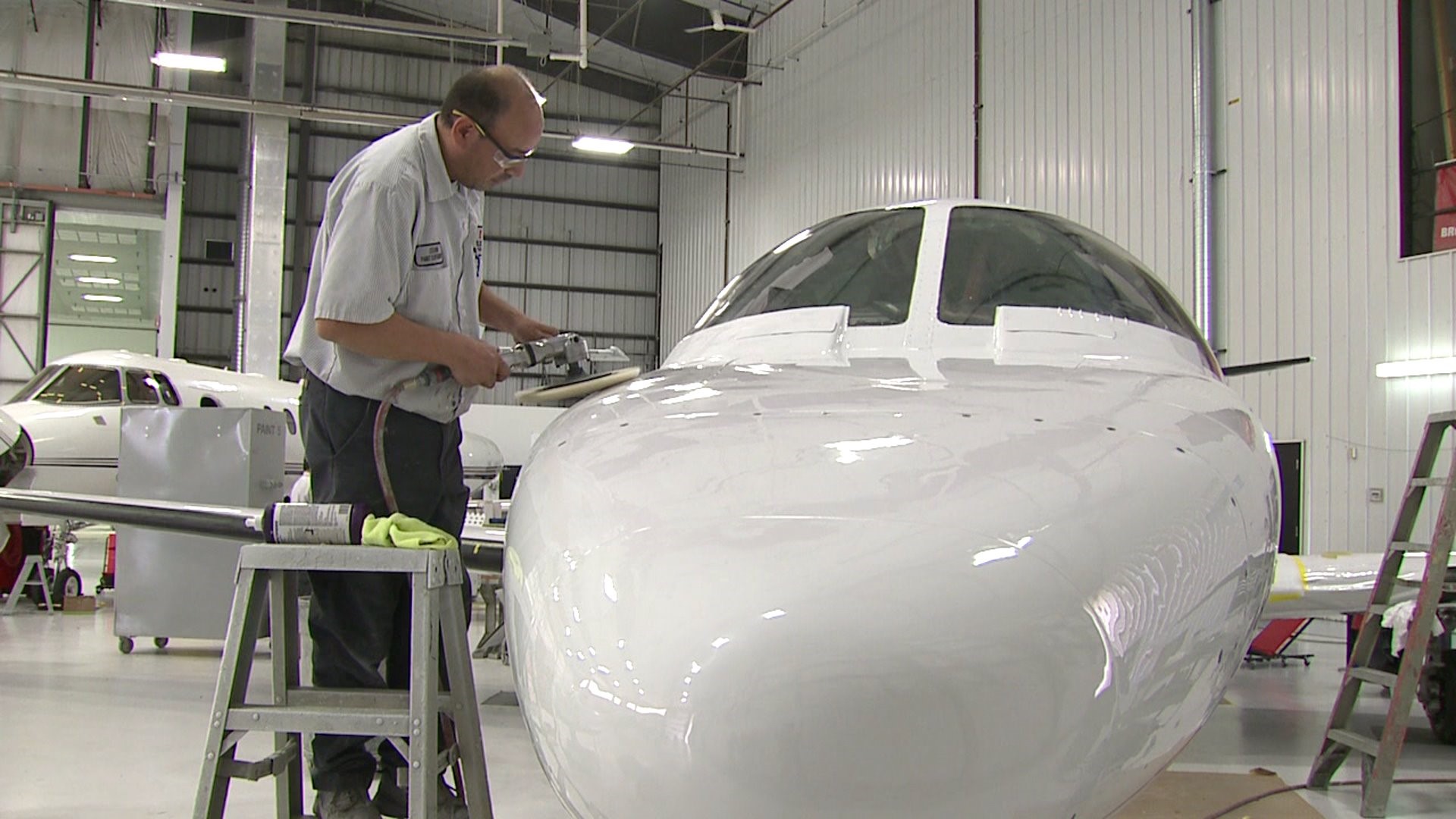 That's despite losing its property tax exemption in 2016 and past rumblings about sending more jobs to Des Moines or the Minneapolis area.

"At this point, don't look for a large expansion here in Moline in terms of brick and mortar," said Elliott Aviation President Greg Sahr on Tuesday, April 18.  "We are looking at opportunities for job growth."

With just over 200 local employees, there's plenty of work. This plant is only operating at about one-third of its capacity.

"We're hiring currently," Sahr continued. "We've got a lot of good opportunities for good folks here in the local community."

These full-time jobs offer starting pay ranging from $15-$40 per hour according to company officials.

Elliott Aviation is hosting a job fair to fill a variety of positions.  The event runs from 10 a.m. to 2 p.m. on Saturday, May 13.  Applicants should come to the corporate headquarters at 6601 74th Ave., Milan.

Elliott Aviation began its rich history in 1936. Today, it employs a total of 300 at its three locations, but it remains rooted in the Quad Cities.

"Our headquarters is here," Sahr said.  "We've been based here for many years.  We're proud to be part of the community."

Still, the Illinois business climate keeps the door open for other locations.

"We are obviously looking at opportunities throughout  the country as we expand the total business," he said.

She hopes that federal airport funding will continue to promote local economic development for businesses like Elliott Aviation.

"Easy in, easy out of a community is very, very important," she said.  "Elliott's part of that, and the Quad City International Airport is a part of that."

After the 2016 tax ruling,  Elliott Aviation is taking things one step at a time.

"We evaluate these challenges as they come," Sahr concluded.  "And we make decisions, the best decisions, for the business and for our employees."