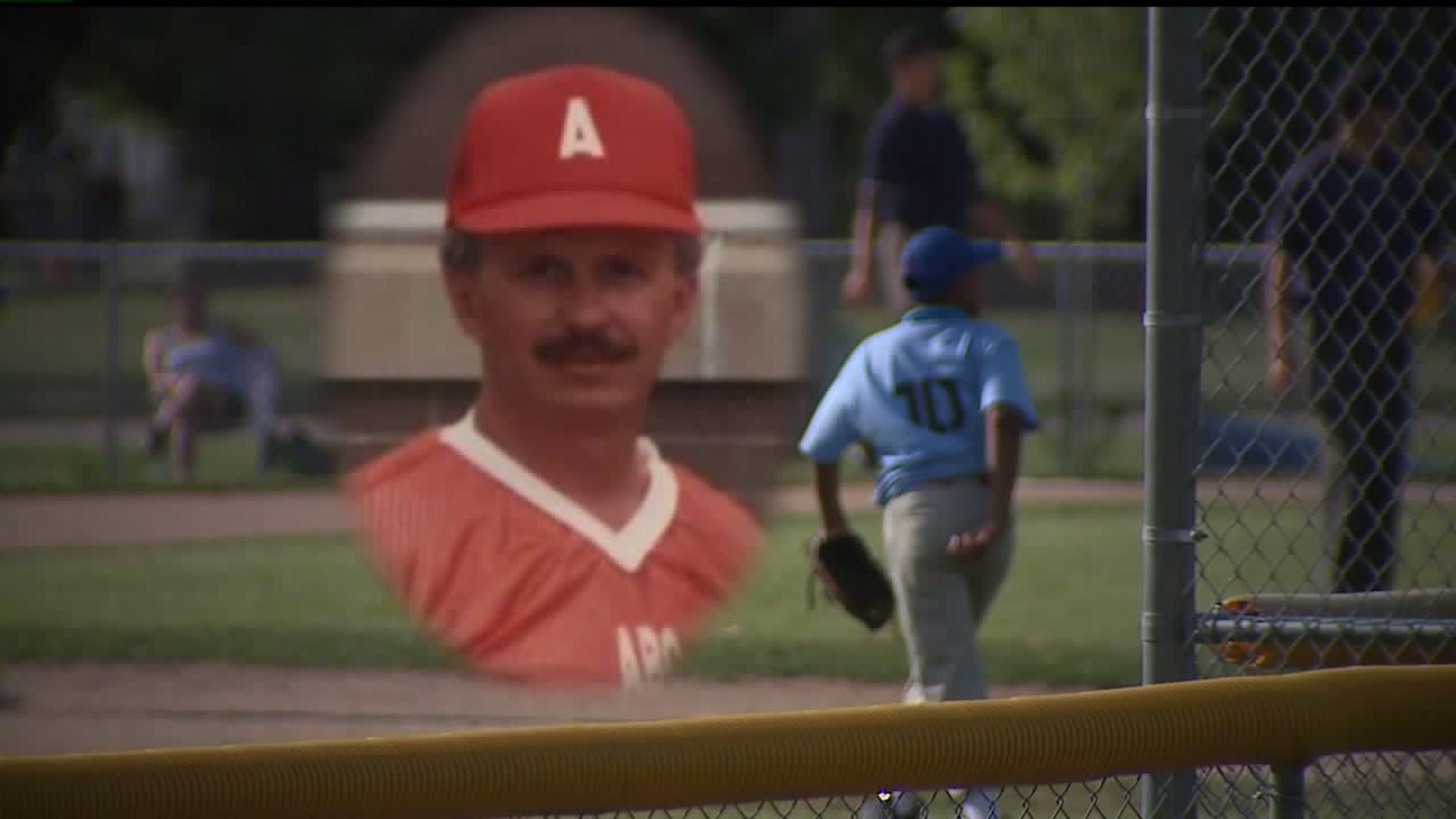 Case says Larry coached Moline Little League baseball for more than 25 years. His team he remembers was called the ABC Collectibles, which was also the name of Anderson’s baseball card shop he owned around the same tim e he started coaching.

“He motivated us by telling us that we did a good job or if we made a mistake he said, ‘next time do better’…We’d go to Chicago… some kids didn’t have any way to get there, Larry would pay for him, he’d pick them up,” says Case.

Anderson was one of two men killed when an old tree branch fell more than 25 feet to the ground near the Rock Island County Courthouse, Tuesday night.

“When I found out it hit me we’re going to a big state tournament this weekend and that’s all I can think about,” says Whiting, who began coaching at the age of 17 through the recommendation of Anderson.

“I’ve coached all over the place and I do it because of what he did for me. He’s the one that put me in that box,” says Whiting.

In the obituary for Larry Anderson... The family says "coach Anderson" was "called up to the baseball diamond in the sky"

He leaves behind a wife and two kids.