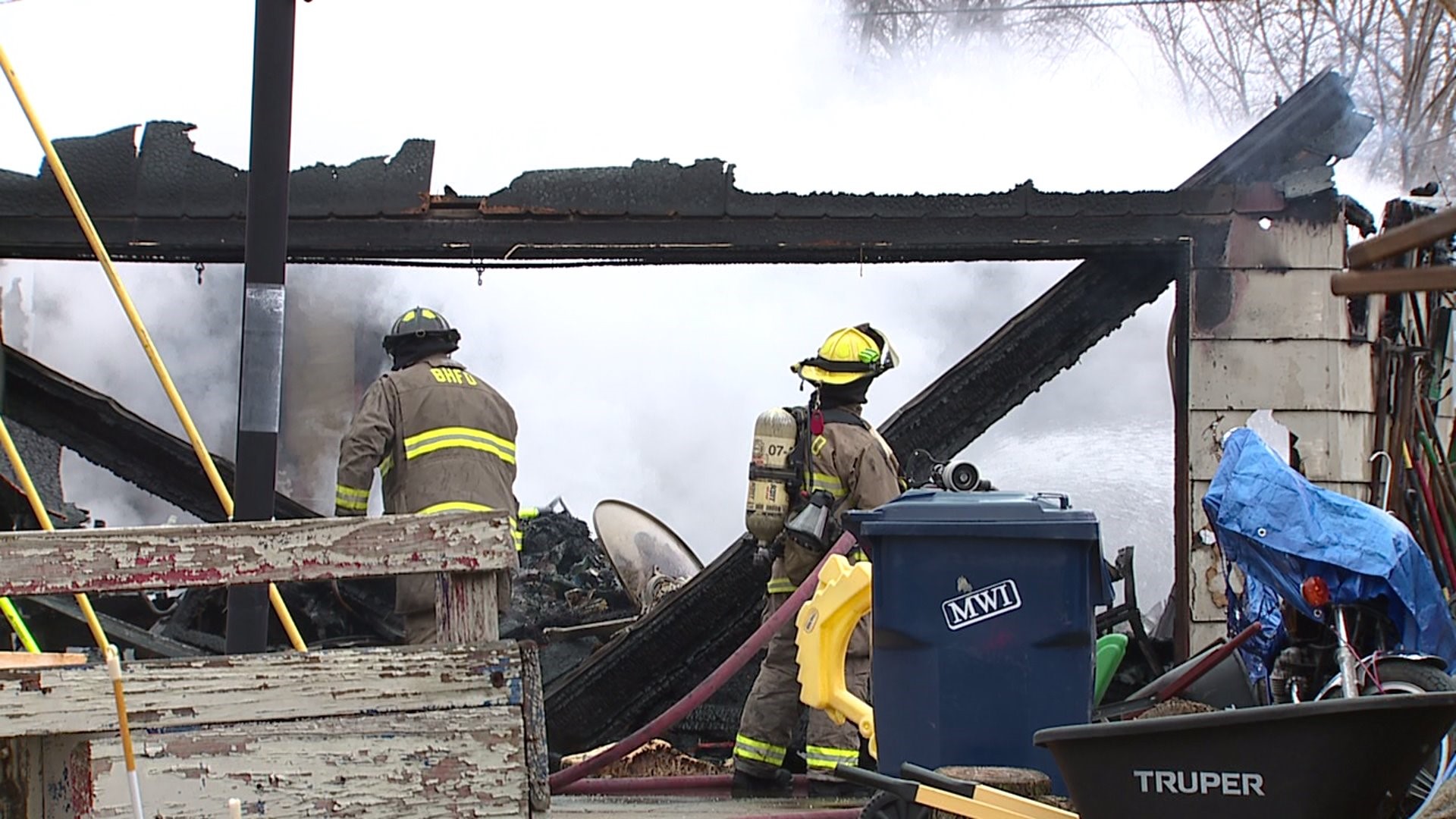 MILAN, Illinois -- A number of gas and propane containers exploded during a fire in a detached garage in the 7600 block of 25th Street in Milan on Monday, April 9, leaving the garage a total loss.

The home near the garage did not suffer structural damage, but when the explosion occurred, fire fighters removed several dogs from inside as a precaution. No people were home at the time of the fire.

A motorcycle inside the garage was also heavily damaged and a number of power lines succumbed to the fire as well, according to Todd Fitzpatrick, assistant fire chief with the Blackhawk Fire Protection District.

The cause of the fire will be investigated by the state fire marshal, Fitzpatrick added.