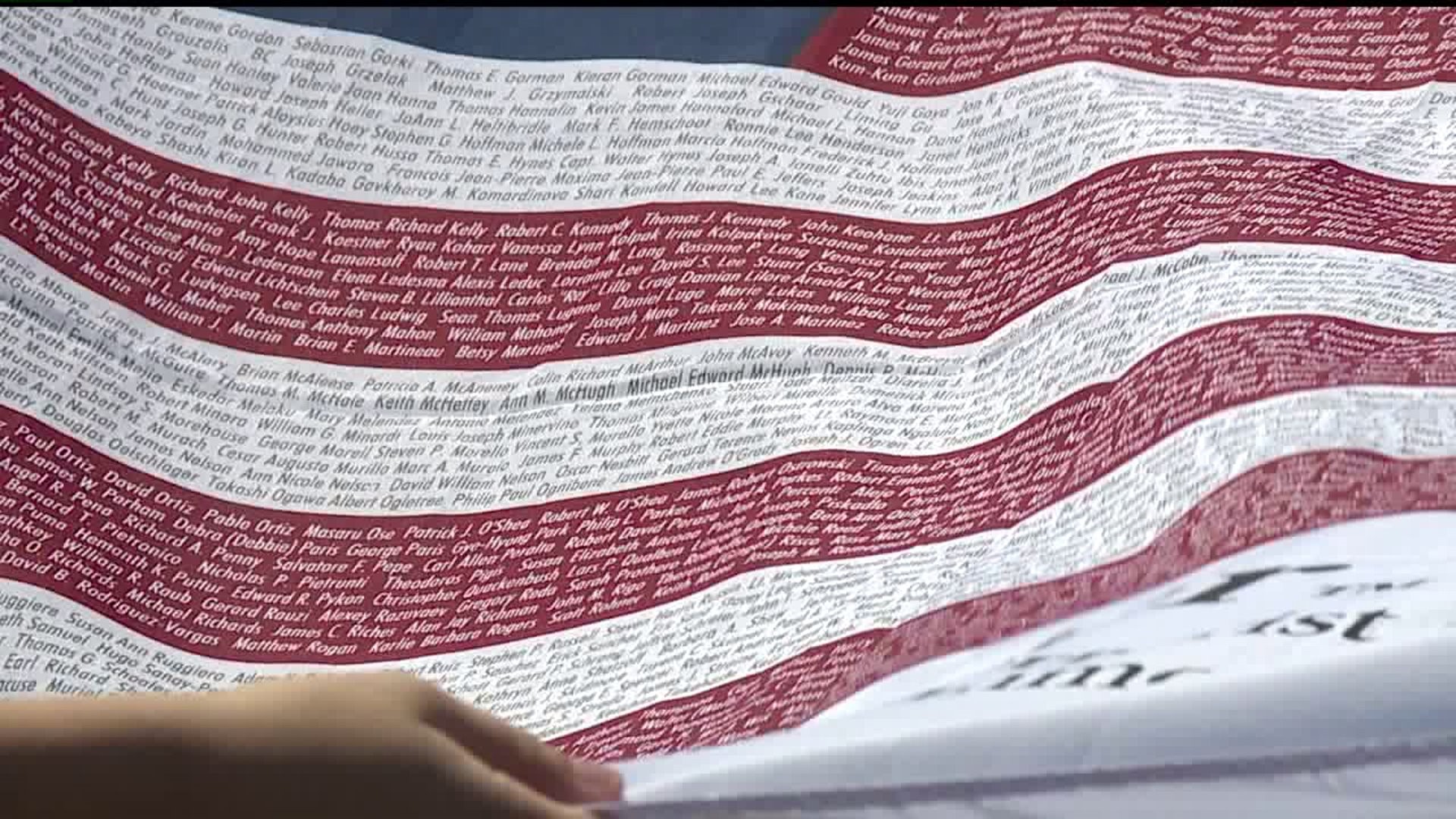 MILAN, Illinois-- The Milan American Legion remembered fallen service members and 9/11 victims during a Memorial Day service on Monday, May 28.

A wreath was laid at the Legion's memorial monument. Twenty-one gun shots paid tribute to service men and women.

"It came from the Twin Towers, and it was presented to us several years back," Honor Guard member Jim Bivens said. "And we think it's just appropriate to bring it out today."

Bivens said the flag is a good way to remember those lost during the attack almost 17 years on.

Speakers encouraged those at the ceremony to remember what Memorial Day is all about and to take time to remember those who made the ultimate sacrifice.