For North Korean leader Kim Jong Un and President Donald Trump, this week’s summit in Hanoi is a chance to advance the cause of world peace. For canny en... 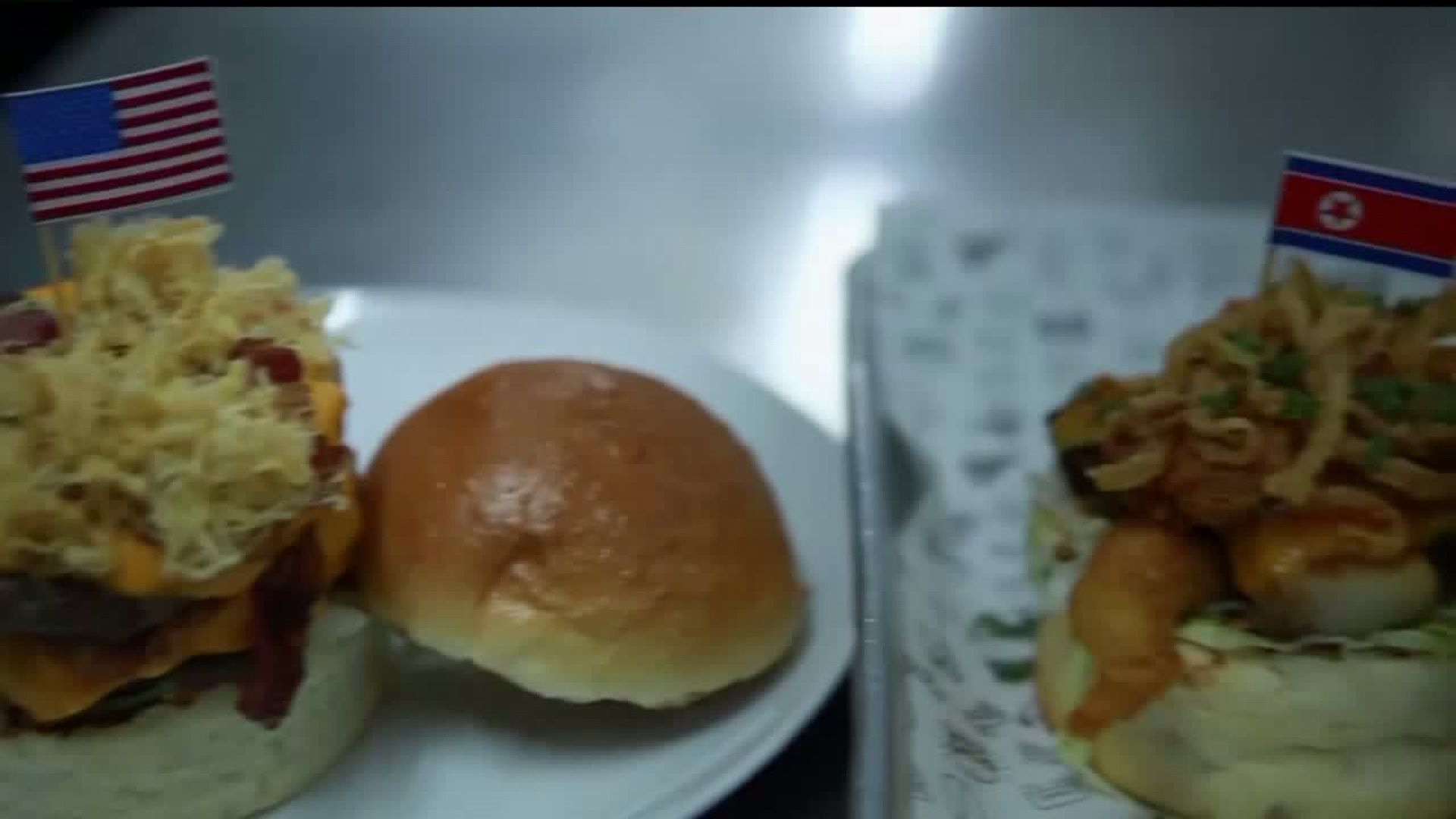 HANOI, Vietnam (AP) — For North Korean leader Kim Jong Un and President Donald Trump, this week's summit in Hanoi is a chance to advance the cause of world peace. For canny entrepreneurs, it's an opportunity to make a buck, or a dong, in Vietnamese currency.

A restaurant also in the city's old quarter has added to its summit menu burgers called the 'Durty Donald' and the 'Kim Jong Yum.'

Irishman Colin Kelly acknowledged the summit is an unusual opportunity to drum up publicity for his Durty Bird fried chicken and burger restaurant.

Conceiving the special dishes was something of a must-do because his establishment already has a lot of dishes with funny names and puns, said Kelly, who founded the place with two old friends.

"For the Trump it was quite easy, because American burgers are an American staple and Mr. Trump himself is very extravagant, so that's why we went with double beef, double bacon, double cheese, fried pickles, and then we added the chicken floss, which represents his hair, which is one of Mr. Trump's most noticeable features," he said.

The sauce on it is Russian dressing, Kelly added mischievously.

"And then for the Kim burger, rather than using beef, we decided to go down the pork road, so we use smoked pork belly, smoked, pulled and barbecued wild boar — which is a wild Vietnamese mountain pig — and for the Korean element, we added kimchi mayonnaise and some crispy fried kimchi as well."

"Both burgers are topped with flags."

"Obviously, we'd like to make a little profit, but the first idea was just to get involved to what's happening here in Hanoi ... and to create a bit of fun for ourselves and for our customers."