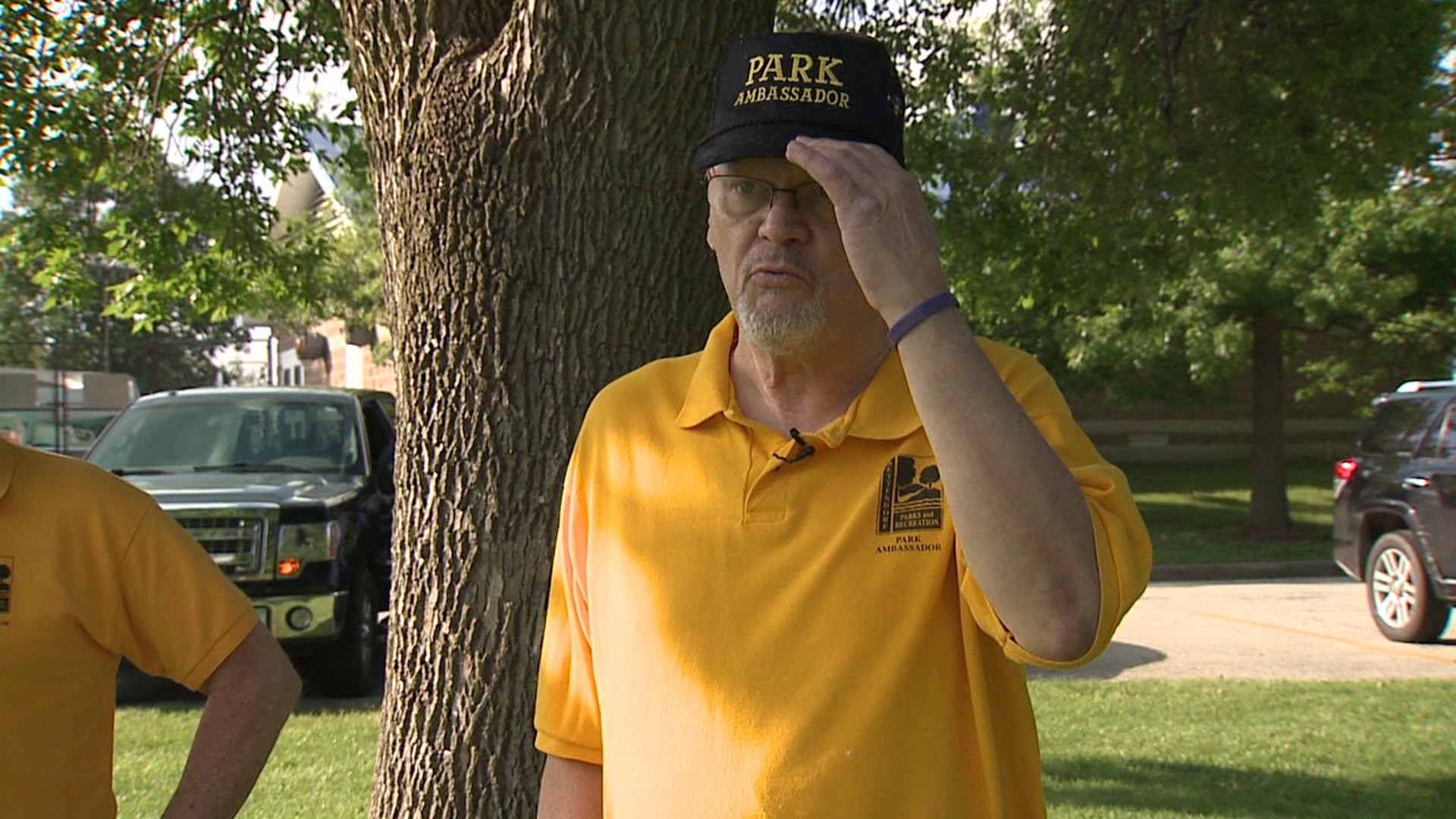 BETTENDORF-- When the weather warms up and the kids get outside, that's when this marked van hits the streets.

You'll know them when you see them.

Starting on Friday, May 25, park ambassadors will report for duty.

"We watch for signs of anybody in distress or in trouble, people that may be violating park rules," says Maday.

Every summer about a dozen volunteers are in charge of patrolling 25 different parks in Bettendorf seven days a week. They all have police radios and they watch for things like vandalism, park litter, and they're there if anyone needs help.

"They are another set of eyes for our department out there, and they are providing a public service just like we do," says Bettendorf Police Chief Phil Redington.

This year the crew has more recruits. Larry brought along Sandy.

"We just started dating last September. We both lost our spouses a few years ago, and I asked her if she wanted to be my partner this year," says Larry Radum.

Together, lending a helping hand to the community, one park at a time.

If you or anyone you know wants to volunteer as an ambassador, you must be 18-years or older, have a valid drivers license, and you have to get a background check. Contact Bettendorf City Hall for more information.