Many roads near the Rock River in the Prophetstown-Erie-Lyndon area are flooded, so use caution.

PROPHETSTOWN, Illinois — A massive ice jam on the Rock River southwest of Prophetstown is causing flooding of fields and some roads in the area, including closing portions of Illinois 78.

WQAD viewer Tad Skromme – who is an engineer with the Illinois Department of Transportation – shared some video and pictures his son Kyle captured with a drone of the massive jam, which appears to be slowly breaking up.

Here is the video: 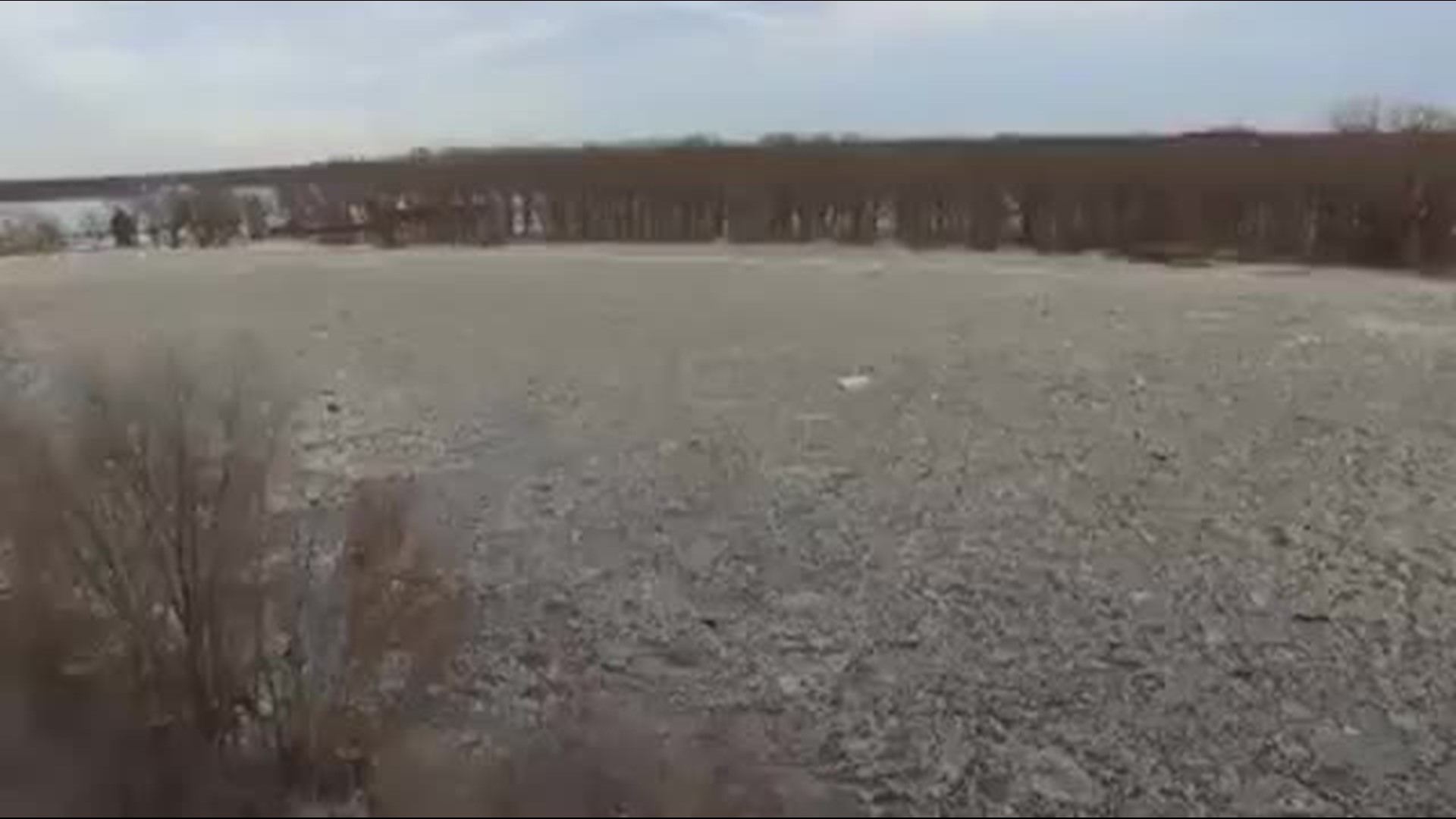 Much of the jam seems centered around Indian Island, which splits the river in half just south of Moline Road on the outskirts of Prophetstown. Here are some pictures captured via Kyle Skromme's drone:

This is the area where the ice jam is creating flooding issues: