A Rock Falls man faces possible charges after police said they found the man’s pit bull abandoned and dead in a cage.

***Warning – video and photos in this story contain graphic images which may be disturbing to some readers. 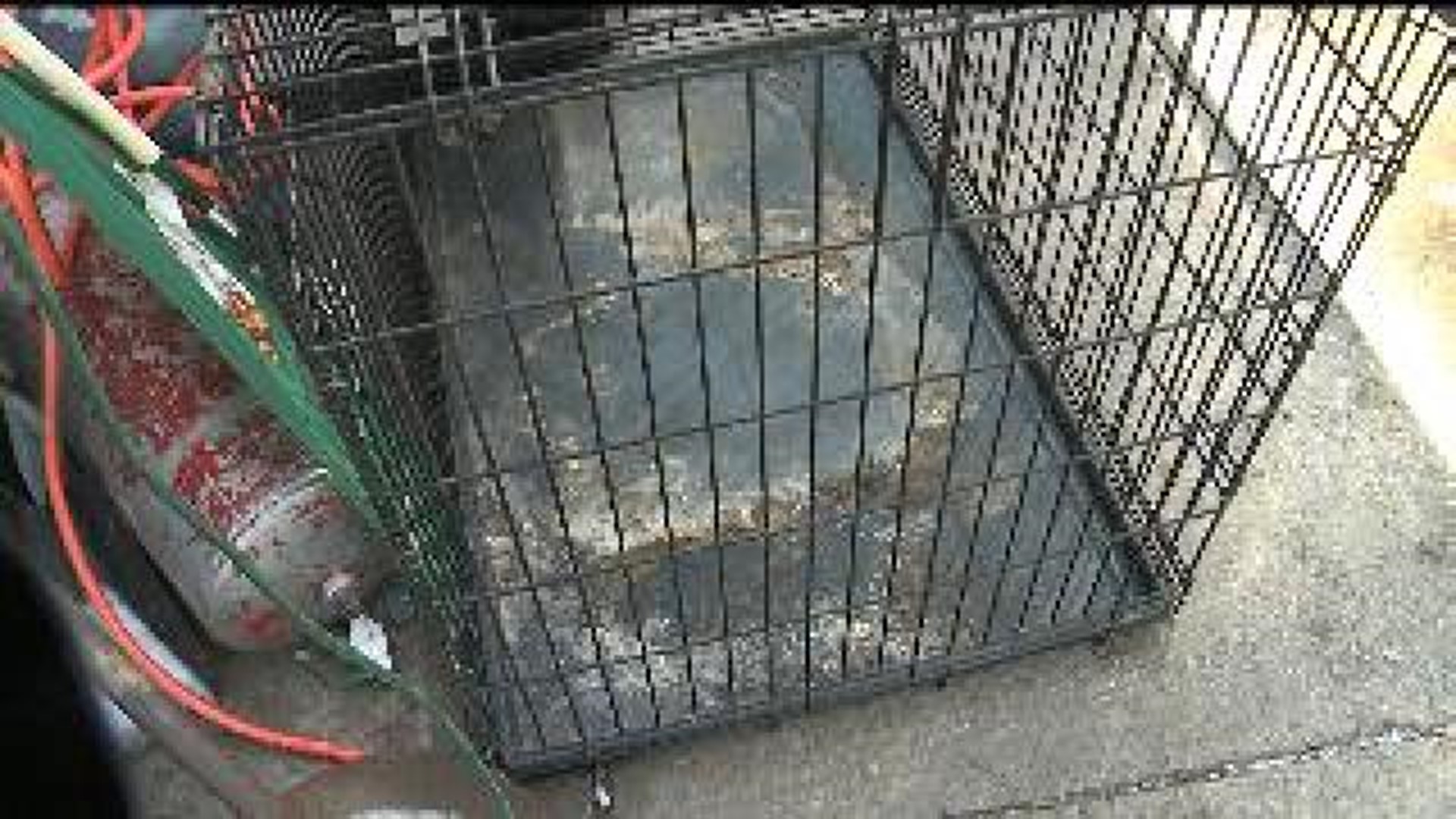 A Rock Falls man faces possible charges after police said they found the man's pit bull abandoned and dead in a cage.

Neighbors say the man was renting the home, and he moved out more than a week before the dog was found, left behind in a cage with no food or water.

The dog was discovered by Larry Smith, who was hired by the property's landlord to clean the house.

"We walked around the backyard because there was garbage to pick up, then we saw a cage. There was something in it. It was a dead dog," Smith said as he pointed to the spot where the dog was found.

Smith said the dog was a pit bull that he believed couldn't be more than a year old.  The dog was left in a cage in the back yard, with nothing but a small blanket and an empty food bowl.

"When the police got here, they told us to put it in a trash bag," Smith said.

Smith recalled the stench when he picked up the dog.

"That dog had been there for quite some time," Smith said.

Whiteside County Animal Control officials confirmed they had been to the house on March 17, 2014.  A statement from them said the dog owner's ex-wife complained that her ex-husband had moved and left his dog in a cage in the basement.

When animal control officers arrived to investigate the ex-wife's complaint, they knocked on the door of the residence.

"Not seeing or hearing any signs or sounds or other activity of a dog from inside the house, we hung a door tag and left the area," the statement said.  "NOTE:  We also spoke with a neighbor who stated the person was moving out but he had not seen the dog since before winter."

Animal control officials said they did not hear from the dog owner, and heard nothing further about the case until they were contacted March 24 about a dead dog found by a worker cleaning a home on Lincoln Street.

Six days later, neighbors speculated about how someone could do something so cruel.

"This poor dog didn't have a chance. If he didn't want the dog I would have took it until I found it a home," Kline said.

Whiteside County Animal Control says they are investigating, and charges are pending after they consult with the state's attorney.

***Warning - Photos in the gallery below contain graphic images which may be disturbing to some readers.