Lyons Post Office under demolition after it collapses in Clinton

The day after structural damage happened to the Lyons Post Office, the building was under demolition. 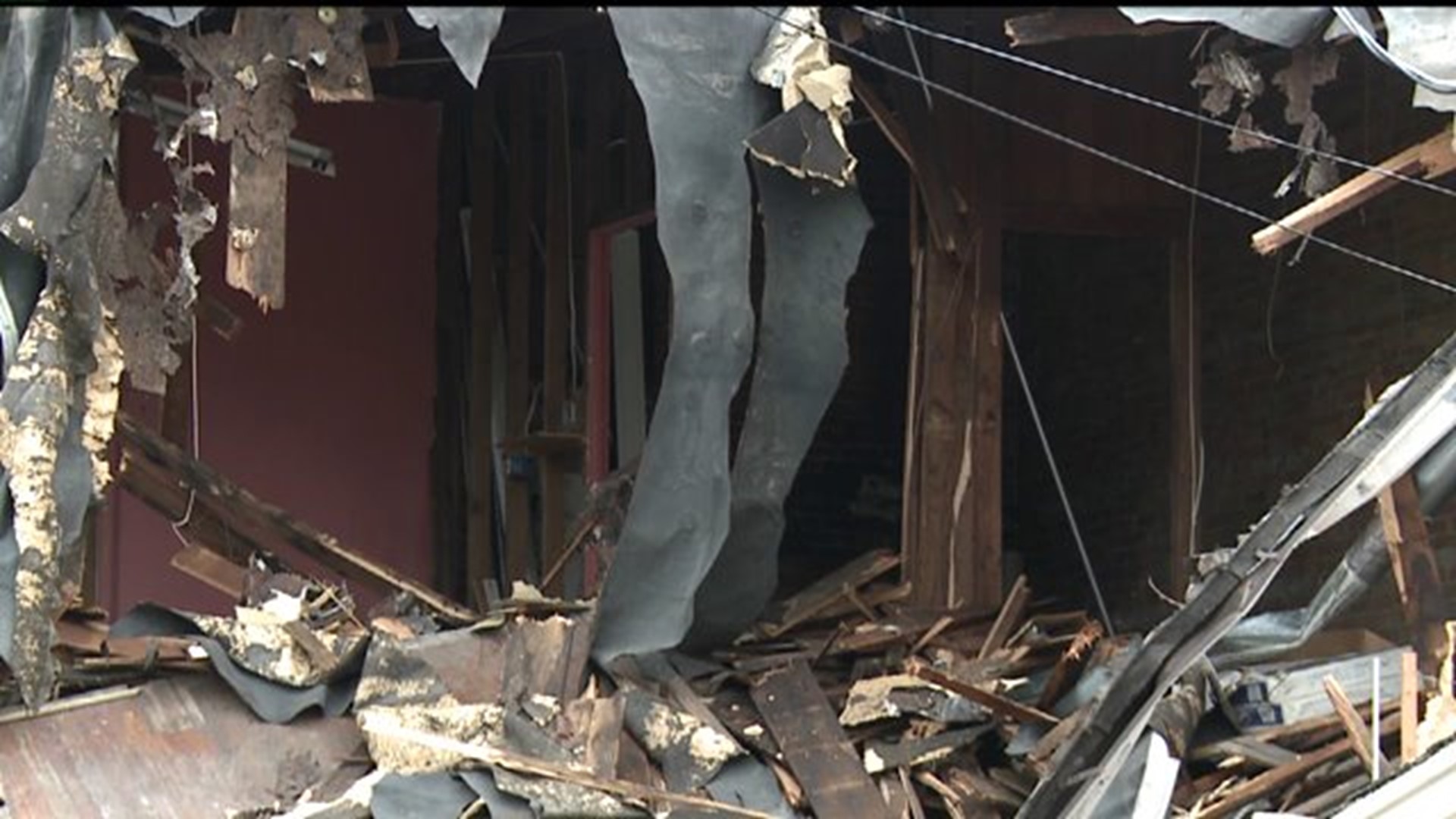 The day after structural damage happened to the Lyons Post Office, the building was under demolition.

Initial reports indicated the damage may have been connected to construction work in the area around the building at 97 Main Avenue on Wednesday morning, October 22, 2014.

Although he stopped short of identifying a specific cause, Fire Battalion Chief Frederick Roling confirmed the building’s foundation was damaged.

Construction crews were working on a storm water separation project in the area, and the building structure was reportedly compromised when soil was removed next to the building.

The building and nearby structures were evacuated as a precaution. Utility services were also shut off to the building.

"The site was quickly evacuated and secured and no injuries were sustained," said a statement from the Clinton City Administrator's Office.

By that afternoon, part of the building had collapsed and crews began emergency controlled demolition measures.  Partial demolition was begun in an effort to prevent potential damage to neighboring structures.

Eva's Hair Mechanix, a hair salon at 91 Main Avenue, was back in business when utilities were restored at about 10 a.m. Thursday.  That followed an outage that started at about 11 a.m. Wednesday, according to Kelley Bielenberg at the salon.

Postal customers were directed to instead use the main post office at 300 S. 1st Street in Clinton.  About 100 P.O. box customers, and one postal employee, were impacted by the move according to Clinton Postmaster Ellen Opperman.

Lyons Post Office under demolition after it collapses in Clinton