Local runners ban together to run for “Miles for Mollie” 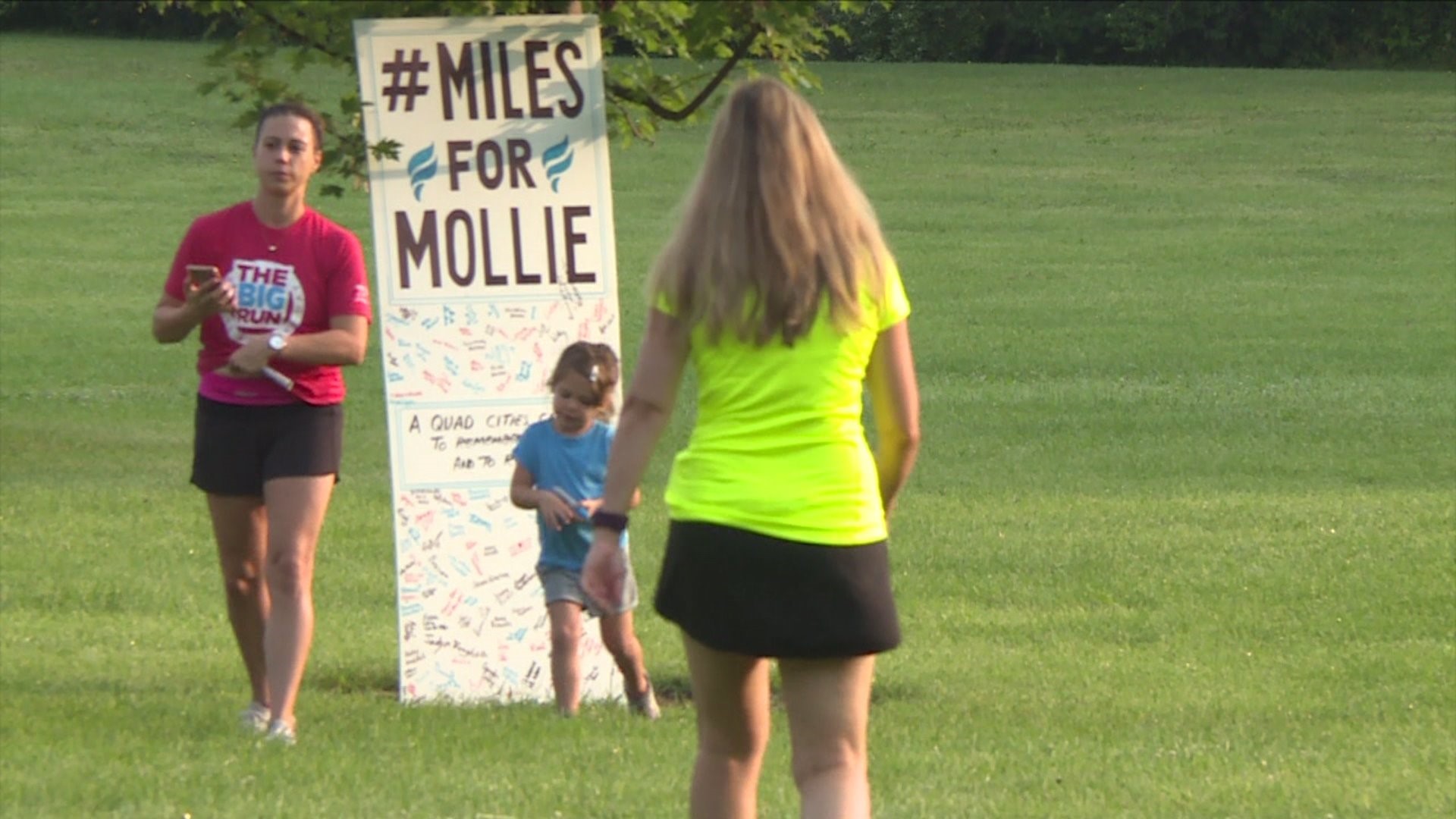 BETTENDORF, Iowa - Mollie Tibbetts was out on a run on July 18 in her hometown of Brooklyn, Iowa, when police say she was followed and killed.

"The situation for Mollie, she was in her own community, and she should have felt safe.  But, unfortunately, it was not a safe place," Tina Anderson, who participated in today's event, said.

What happened to Mollie is now a safety concern for runners across the county. Some of these runners came together to run "Miles for Mollie".

"It's kind of a no-brainer to come out and participate," comments Anderson.

"As a runner, when there is news about a runner, you pay attention," says Young.

Young is an avid runner who has seen it all.

"I've been chased at or jabbed at, or you run by somebody who seems to be stumbling around or questionable at night.  Sometimes you are driven to think the worst thoughts."

You've heard the usual tips like don't blast music or run with a buddy.

But today, he shares how local runners can combat potential predators during a run.  All with a simple device.  A running tag that goes on your shirt.

"It's blue tooth connected to your phone," says Young.  "You just push a button. You don't have to open an app or anything. It calls authorities, it alerts a couple other numbers, records audio and location services."

All this to raise a concern, to remember a young woman, and unite a community.

"That was kind of a push from Mollie's brother.  That people would be kind and make friends and run together," stresses Young.