Kehl and Isle hint of alternate casino deal for Davenport

After Davenport aldermen stalled on approving the city’s take from a land-based casino, its developer announced he can take an alternate route to buy the ... 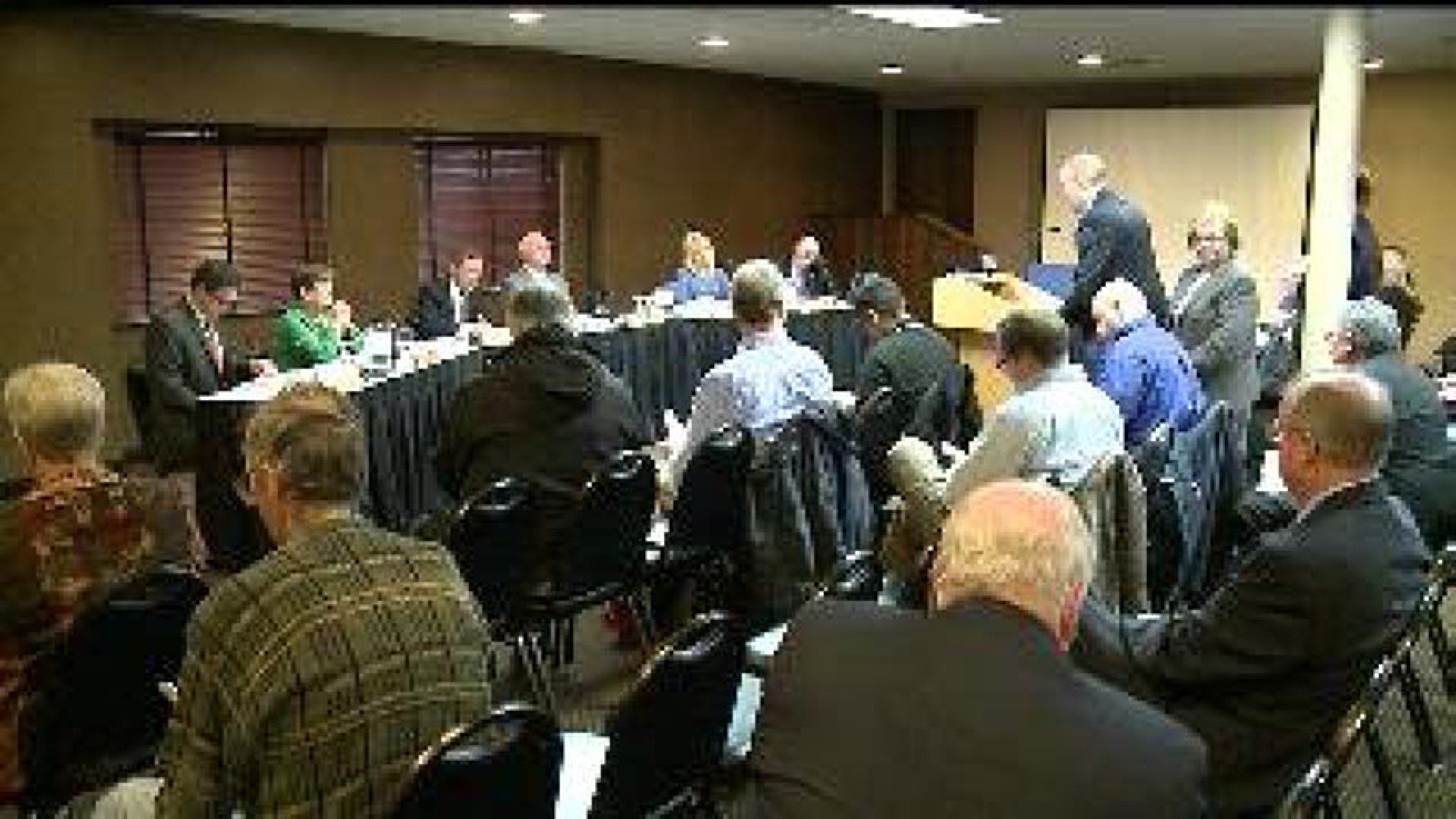 After Davenport aldermen stalled on approving the city's take from a land-based casino, its developer announced he can take an alternate route to buy the Rhythm City Casino.

The clock is ticking for Davenport to decide.

Time is running out for Davenport to finish its deal for a new casino.

"It's time to get this done," said Ed Quattmann, an attorney for Isle of Capri.

"It's a legal transaction that can be done," he said. "We don't want to do that."

But it is a subtle and direct message for Davenport to get its act together within the next week.

Kehl plans to get Rhythm City off the riverfront and build a $110-million complex along Veterans Memorial Parkway in Davenport.

"It's always about the money and some larger issues," said Davenport Mayor Bill Gluba.

Mayor Gluba is holding out for more money for the city. He wants an additional .5 to 1.5% for homeless shelters, Putnam Museum and Figge Art Museum.

But the Riverboat Development Authority already sweetened its pot for the city. Davenport aldermen remain undecided on the matter.

Iowa Racing and Gaming Commission Chairman Jeff Lamberti said he's encouraged that an agreement can be finalized but urged both sides to come together.

"He (Kehl) has never once sat down with the mayor of the city of Davenport and talked about this," Gluba said.

"Part of the problem is there's been some folks with a different agenda, and they've brought these people to the table," Kehl responded.

Despite the latest delay, Kehl is confident that the new casino remains on course. It will just take longer to seal the deal.

In this frustrating process, the ball is back in Davenport's court. But it's down to the final minutes of the game.

"There comes a point when it has to move forward," said Mary Ellen Chamberlin, Riverboat Development Authority. "We don't want to miss the construction season."

Chamberlin is confident the state will approve a deal in January. Gluba isn't so sure.

"We're not quite there yet," he concluded.

But with or without the city's blessing, it appears that developer Dan Kehl is ready to move forward.