Among thousands of fellow racers, one man ran his marathon a little backwards. 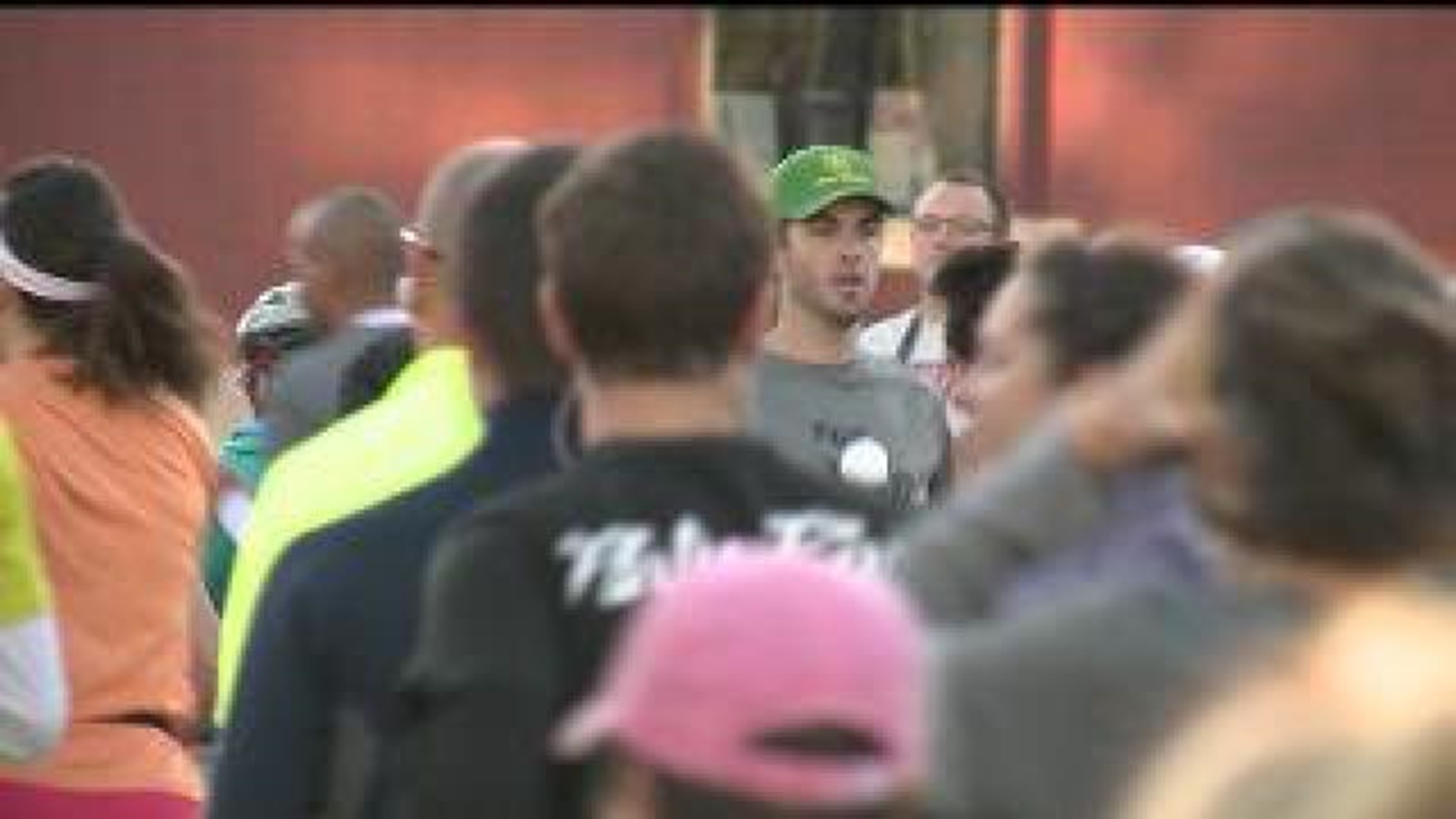 Among thousands of fellow racers, one man ran his marathon a little backwards.

Joe Salter from Pensacola, Florida made his way to the QC for the annual Marathon that started and ended in Moline on Sunday, September 22, 2013. Salter ran the entire marathon backwards while juggling.

“I want to do something that’s never been done before,” Salter said.

Salter provided entertainment and inspiration for runners as he juggled along the course for nearly six hours. In return supporters cheered him on as he attempted the feat.

“The crowd support just gives you that extra energy,” Salter said. “It’s been a bucket list goal for me to do this.”

Salter said his father worked as an entertainer and juggler on the Riverboat on the Mississippi River and that he’s excited to be back in the area.

Juggling while running isn’t Salter’s only talent, he has also completed a triathlon while juggling.