The selfie station is a garden trellis decorated in red, white and blue streamers and balloons. It is supposed to be a fun backdrop, in front of which voters ca... 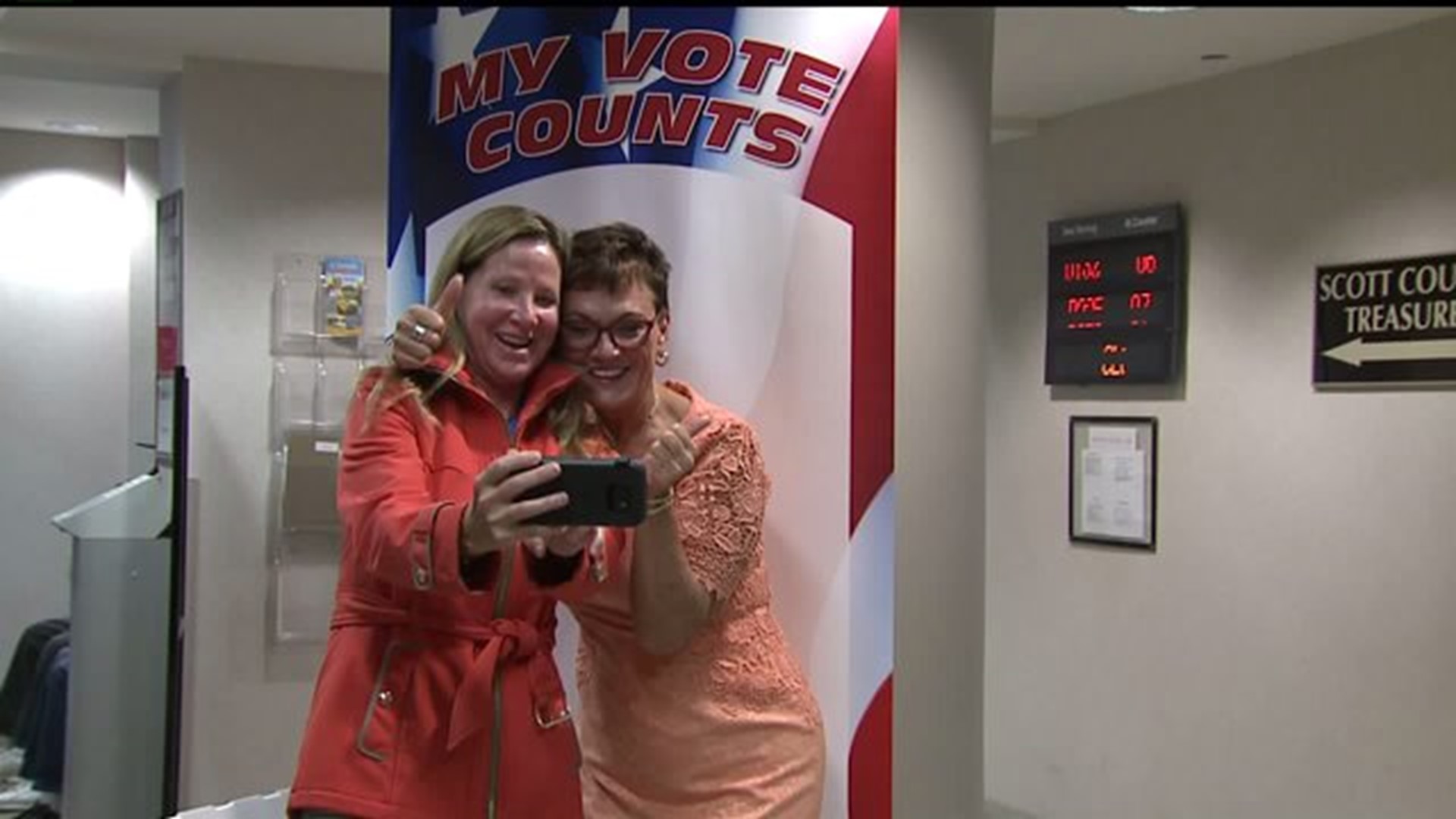 ROCK ISLAND, Illinois — As voters line up to cast their ballots early, there is a rule to keep in mind; you're not allowed to take a selfie while voting.

"Absolutely not. It is against the law in Illinois according to our statute. It is a class 4 felony in Illinois to take a photo of your ballot or of yourself voting," said Karen Kinney, Rock Island County Clerk.

Kinney says the reason for the law is because it's disturbing for other voters and it could be considered politicking.

In order to ease voters' temptation of snapping a picture inside the voting booth, Kinney made a selfie station using her own time and money to put in the lobby of the Rock Island County Clerk's office.

The selfie station is a garden trellis decorated in red, white and blue streamers and balloons. It is supposed to be a fun backdrop, in front of which voters can take a picture of themselves and feel free to post it to their social media.

Kinney says there are a lot of voters who enjoy the selfie station.

On the other side of the Mississippi River, every precinct in Scott County has a selfie station.

"It's illegal to take a picture of your ballot and it's being challenged in the courts lately whether that's a violation of their constitutional rights, so what we did this year is we created a selfie poster," said Roxanna Moritz, Scott County Auditor.

Moritz says although it is illegal to take a picture of a completed ballot, the punishment for taking a selfie is a grey.

"It's not been determined. So we're just waiting to see how the courts rule and in between then and now the Secretary of State has encouraged us to find other methods of allowing people the opportunity to use social media and to use that opportunity to show people they have voted," said Moritz.

Other methods, like stopping at a selfie station, after voting.