There are many painful images coming out of Iraq on Friday.  Militants are securing some 20 cities and moving closer to Baghdad. “It’s tough to see ... 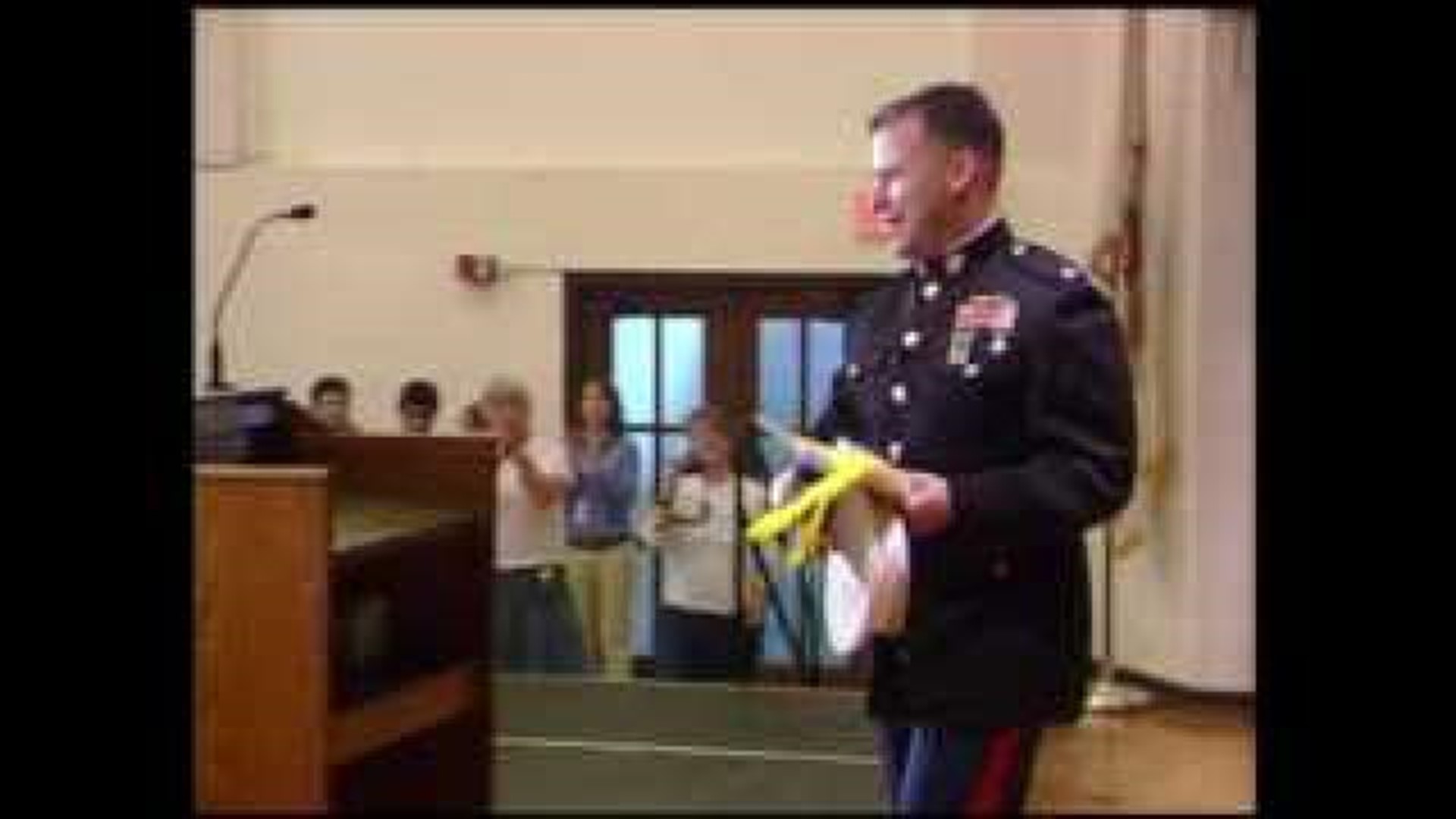 There are many painful images coming out of Iraq on Friday.  Militants are securing some 20 cities and moving closer to Baghdad.

"It's tough to see it go the way that it is," said Chris McKenzie.

McKenzie received a hero's welcome at John Deere Middle School after his third deployment to Iraq in 2008.

He served in some areas that are now back under attack.

"When you look at my unit, we took some casualties," he continued. "You look at the sacrifices that were made, and it's a shame to see it go this way."

That's also the buzz at Dutchman's Barber Shop. It's just across the street from the Army Reserve Center in Davenport.

"I don't know if we can fix them," said former Marine Dave Holgorsen. "Why do we have to constantly try to put our democracy on them?"

Holgorsen's son, Kyle, is currently serving as a reservist based in Milan, Illinois.

"Am I afraid for him? Yes," he continued. "But that's part of being a parent."

Through multiple deployments, service and sacrifice, local soldiers have done their part. Iraq's latest unrest in unsettling, if not surprising.

In Davenport on Friday, he's closely following the situation as a member of the House Armed Services Committee.

"I do agree with virtually everyone that's looking at the situation that there should be no U.S. boots on the ground," he said.

Iraq's bid for independence is teetering on trying times. It's disappointing for Operation Iraqui Freedom veterans like Chris McKenzie.

"I had to say it, but everybody saw it coming," he said.

A prophetic view from the English teacher who spent 22 years as a reservist.

"I think it would be a mistake to get back involved," he concluded.

From distant violence, it hits all too close to home in Moline.