Republicans pushing the bill say it will spur jobs and retain businesses. 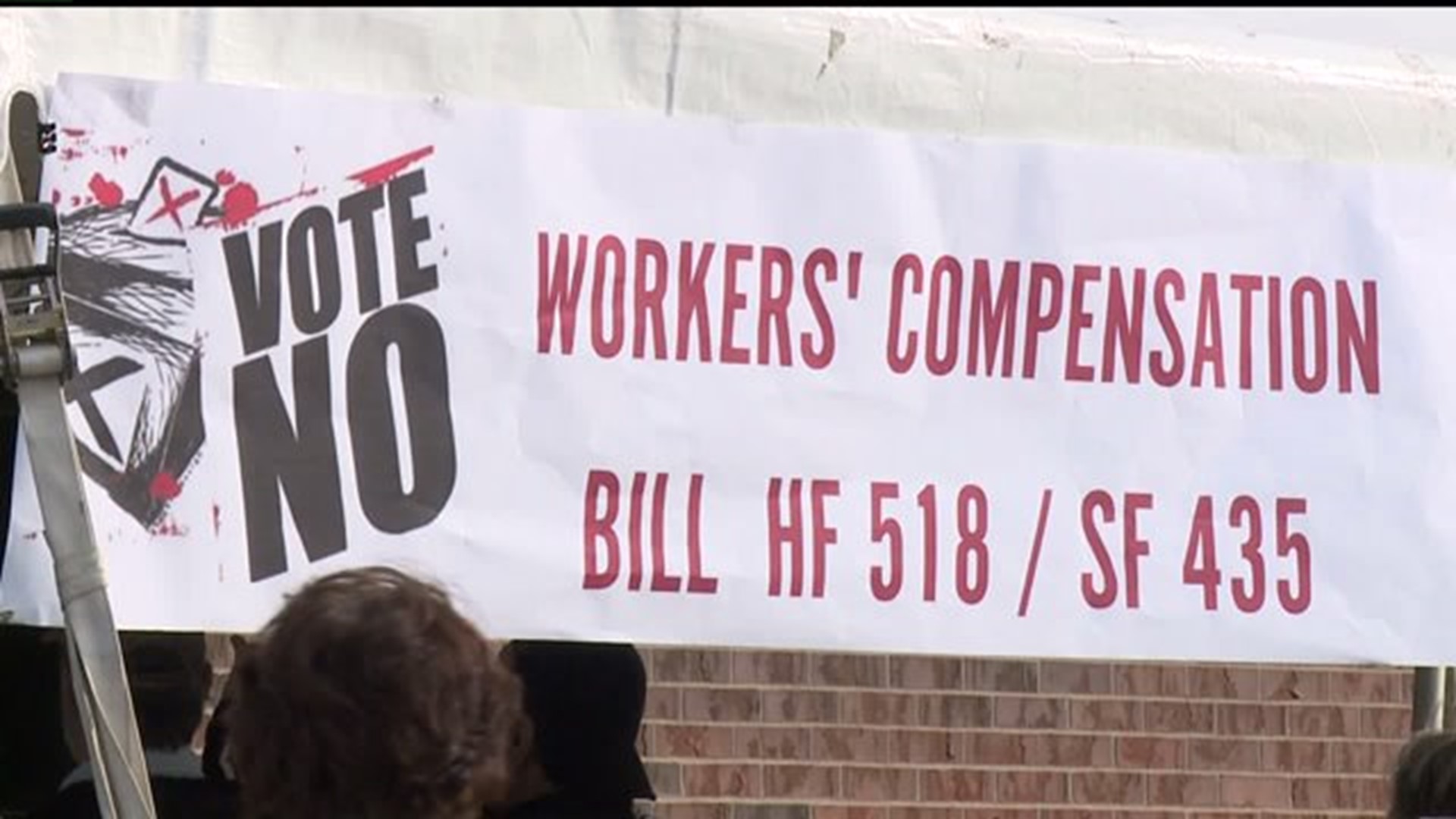 DES MOINES (AP) — Legislation making big changes to Iowa's workers' compensation system is moving through the Legislature despite arguments that the new rules would penalize employees who work in physically demanding conditions.

Committees in the House and Senate approved the bill Thursday and it's expected to come up for votes in the full chambers soon.

Opponents have been especially critical of the bill's move to cut compensation off at age 67 for fully disabled people, minimize late fees for employers, reduce coverage for shoulder injuries and decrease coverage for injuries tied to a pre-existing condition.

A rally was held in Bettendorf today, sponsored by the American Association of University Women and LULAC, urging people to contact their elected representatives to ask them to leave the law as-is.

"Call them and tell them to vote no," said rally member Andrew Bribriesco. "Don't fix what ain't broken."

Sen. Bill Dix, the Senate majority leader, said Republicans hope that by changing the law they will spur more jobs and retain businesses in the state.