The Iowa Army National Guard is ready to take off with seven new helicopters from its Davenport facility. At a nearly $200-million price tag, it’s designe... 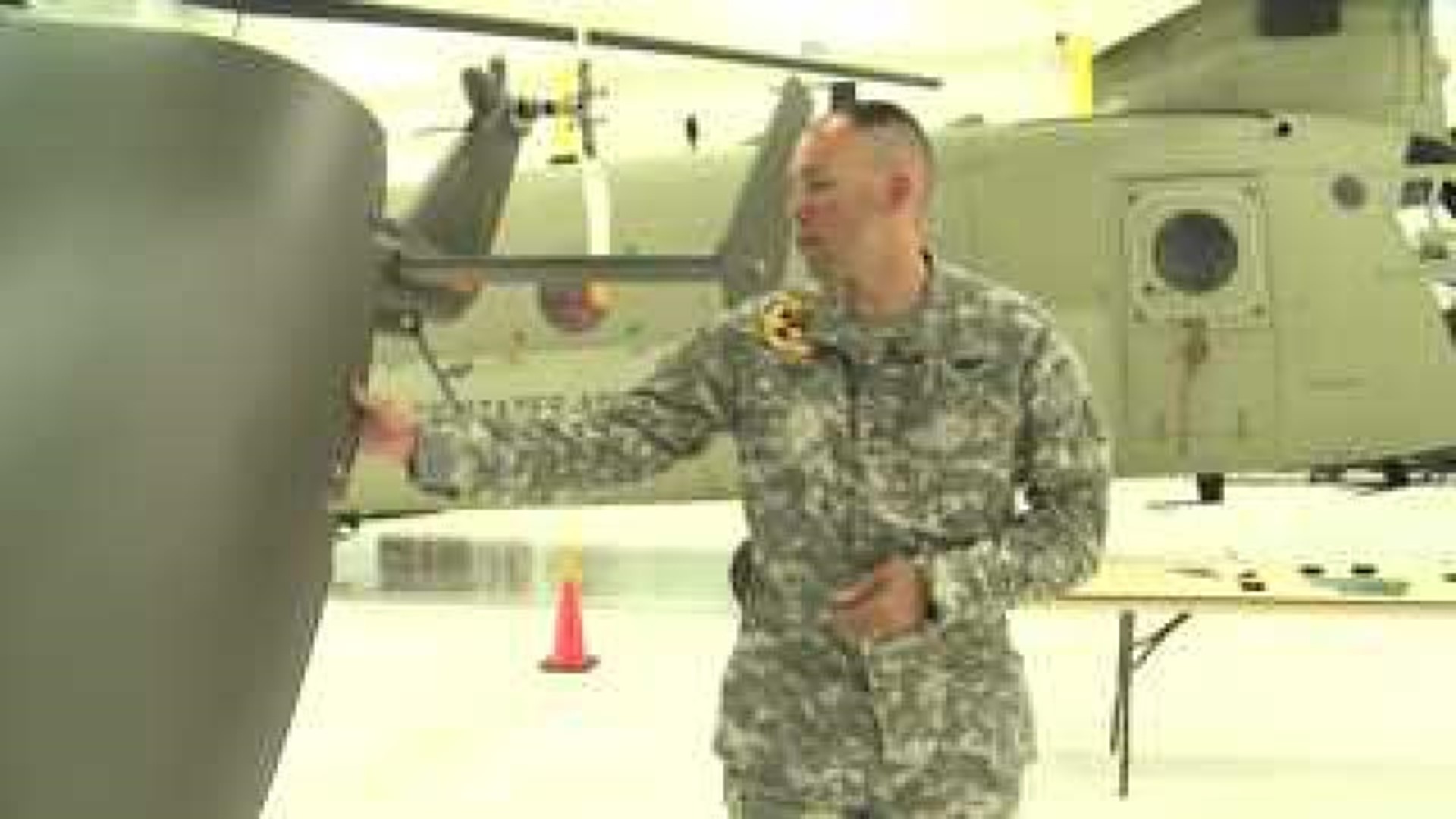 The Iowa Army National Guard is ready to take off with seven new helicopters from its Davenport facility. At a nearly $200-million price tag, it's designed to serve soldiers in the air on important missions.

The future is flying over Davenport these days. For the pilots, it's a remarkable way to serve.

"For us in Iowa, it represents an opportunity to operate state-of-the-art aircraft," said Capt. Forest Lightle. "This is the finest heavy-lift helicopter in the world. There's no doubt about it."

"Look at the function of the helicopter," he continued. "You see the mission is back here."

This is the primary way to transport troops, carry equipment and life supplies in the field.

"There's definitely a lot of activity back here," he said.

This investment represents the best in aircraft to serve soldiers in the field. That's the case, whether missions are close to home or far away.

These helicopters are the first of their kind in Iowa. They'll serve a nationally- recognized unit that also set monthly flight hour records while deployed in Iraq.

The Lakota is incredible in the air. It's even more impressive on the ground.

"The features that we have with this aircraft is a vast improvement from what we had before," said Sgt. Jason Reed.

"It will basically turn night into day," he said.

A GPS-based auto-pilot and camera system can even identify license plate numbers.

These fantastic features are designed for action. And it's an extremely rare equipment update that most soldiers never experience.

"We'll be able to give back more to the community," concluded Sgt. Reed. "It shows what we can do to support the state and federal government when it needs us."

Air missions that are ready to keep taking off from Davenport.

See for yourself at the Davenport facility. An Open House runs from 5-7 p.m., Tuesday, at 9650 Harrison Street.