More moms are using the Internet to swap breast milk, but some say it could be putting your littlest ones at risk. 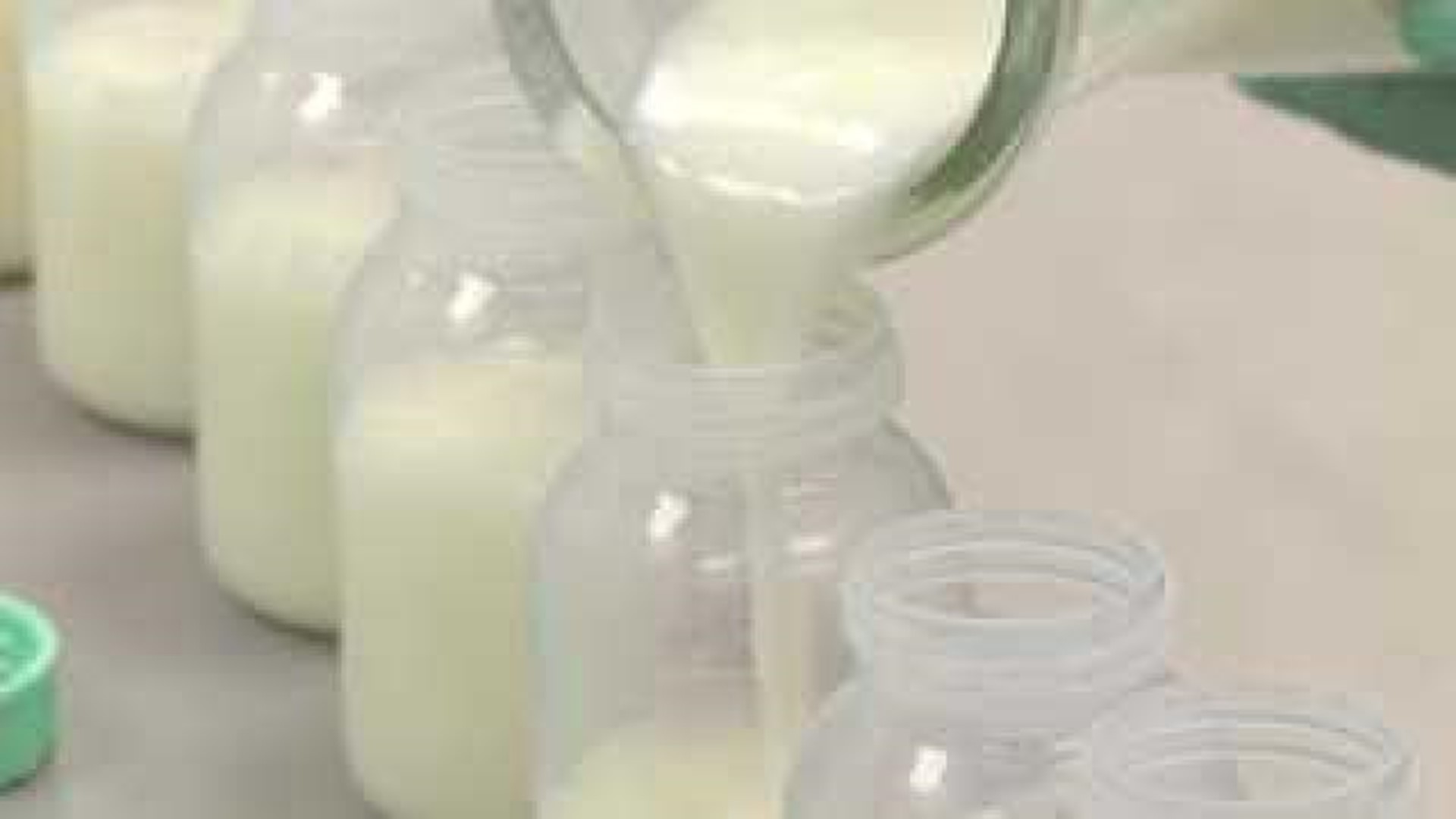 After 104 days in the Neonatal Intensive Care Unit, Sarah Haubrich and baby Darius and just glad to be home.

"Darius was born three months early, and he had to be transported up to Iowa City,” explained Haubrich.

In his first days of life, the preemie got a special gift – donor breast milk, until mom Sarah’s own milk supply came in.

“It can help with infection, and it’s healthier for them, and being a premature baby, all the extra fighting with infection… healthiness is kind of a must,” said Haubrich.

If it weren’t for a pamphlet, though, Sarah and Darius may never have heard about donor milk.

"I think the majority of people still don't know that there's a milk bank in Iowa, or even that there is such a thing as milk banking,” said Jean Drulis, director and co-founder of the Mother’s Milk Bank of Iowa.

For 10 years, the Mother’s Milk Bank of Iowa has been feeding hungry babies with donated breast milk. Last year, the Coralville–based bank dispensed nearly 100,000 ounces of the milk to hospitals and outpatients.

"I wasn't at all disturbed by that notion, and certainly would have used it if I would have needed it for any of my children, but other people, the initial response is, 'What?’” said Drulis.

In fact, the idea of sharing milk is really nothing new. Wet nurses have been used for centuries. What is new are moms using the Internet to make quick cash off their “liquid gold.” Sites like OnlytheBreast.com and even Facebook are being used to buy, sell and swap breast milk. It’s legal, but unregulated. That’s why Drulis calls it “risky.”

"It opens up the doors… If you're selling it per ounce, how do you really know that each ounce is human milk? That there isn't something else added to it?" said Drulis.

In fact, Drulis says that at milk banks across the country, blood tests for 25 women turned up viruses like HIV and Hepatitis that the moms had no idea they carried. Even more worrisome is the fact that those viruses and bacteria can be passed through human milk.

That's why the Mother’s Milk Bank of Iowa uses a weekly, labor-intensive process to screen donors and pasteurize milk, making sure new moms have the peace of mind they deserve. The bank follows strict guidelines set down by the Human Milk Banking Association of North America.

Milk from multiple donors is mixed and measured into bottles, which are sealed for safety. They’re then heated for 30 minutes before being chilled, labeled and frozen for shipping across the heartland. One bottle from each batch is also sent to a lab for testing.

"When you're feeding your own baby, that's one thing, but when you're sharing milk with other babies, we really need to have that safety factor. You wouldn't casually exchange blood, so why would you casually share milk?" explained Drulis.

After searching online and considering milk swaps, the safety is why mom Sarah decided she’d donate to the Mother’s Milk Bank as well, once her supply kicked in with full force.

“I filled up all my freezers with milk and at that point, I'm like, 'Okay, what do I do with all this?' and I remembered the flyer I'd gotten, and the first couple of days when he'd been given some ounces of milk from the milk bank. At this point, I think we've donated about five gallons. Our freezers definitely have a lot more food in them now and a lot less milk,” said Haubrich.

Haubrich doesn’t even have to travel to Iowa City to make a donation. The Milk Bank of Iowa has nearly a dozen collection depots throughout the state, including one at Genesis in Davenport.

For more information on the Mother’s Milk Bank of Iowa and how you can get involved, visit their website here.