“That’s what sells the product is Daniel’s story. Once they find out he’s a person with a disability, there’s a personal touch. So... 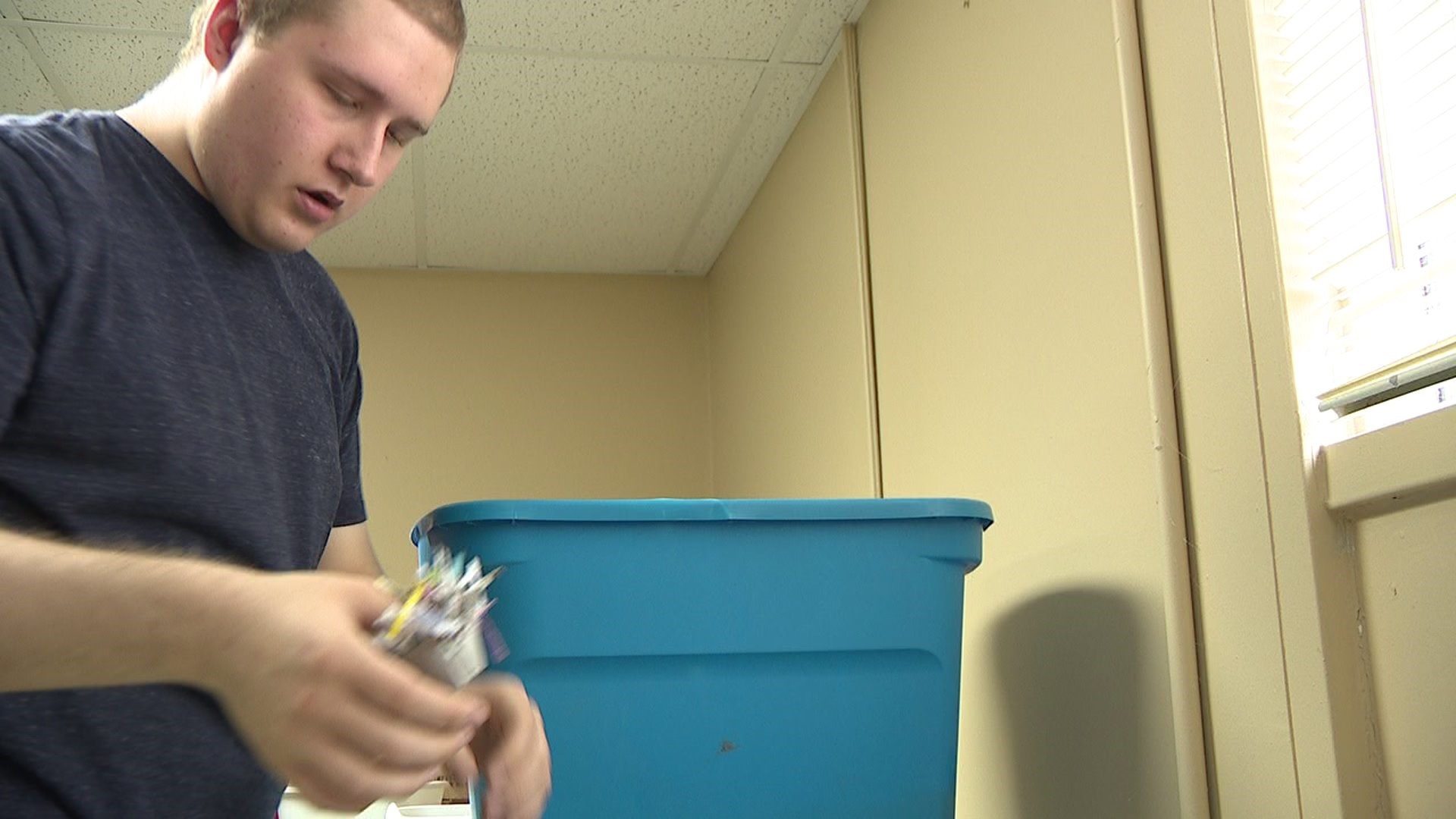 DUBUQUE, Iowa -- An Iowa man with autism has become co-owner of a growing business without saying a word.

Daniel Toops is autistic and nonverbal, and he also has obsessive compulsive disorder. Over the past two years, though, he's turned his talent for making firestarters into a full-time job.

"He knows what to do. Everything has steps, and it's repetitive, and that, for him, is comfort. He understands what comes next. He doesn't like surprises," said Katherine Toops, Daniel's mom.

The firestarters are used to help light campfires, wood stoves, or grills. Toops makes the firestarters by stuffing carboard egg cartons with shredded paper and dryer lint. Candle wax is then drizzled on top.

"As a person with a disability, it's very hard to find a job. Now that he's 21, he will no longer be in school, and he needs something to do during the day, and something that he enjoys," said Katherine.

During the first year of operation, the Toops family sold 1,000 bags of firestarters. Last year, that number grew to 2,800 bags.

Katherine says she's awed by how the community has embraced Daniel and his business.

"That's what sells the product is Daniel's story. Once they find out he's a person with a disability, there's a personal touch. So many people's lives are touched by others with disabilities, but in a positive way," said Toops.

And as the company grows, so does Daniel's independence.

"When Daniel was first diagnosed, I was thinking, 'What a tragedy. Poor me. This is not how I expected his life to be or our life to be,'" said Katherine. "But we're very proud, because we have three children, and Daniel's the first one fully employed!"

Katherine says the goal is to increase sales enough to hire other workers with disabilities, and eventually purchase a building for the business.

JT FireStarters are sold at campgrounds and RV stores in Dubuque, Davenport, Eldridge, DeWitt, and Maquoketa.