Late-Winter and early-Spring is the windiest time of year for the Upper Midwest. And while it can be tough to find the upside when the wind brings wind chills d... 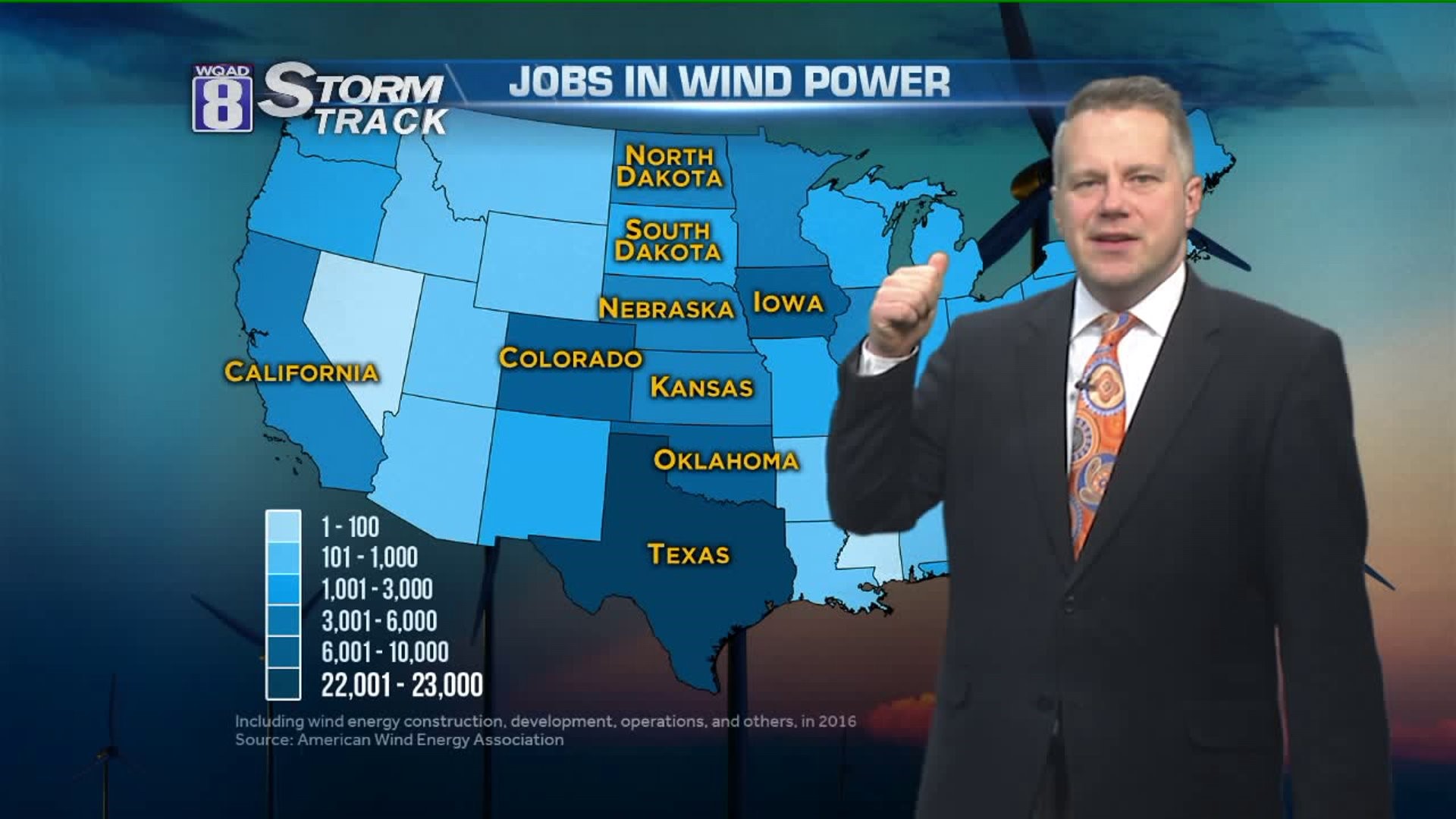 Late-Winter and early-Spring is the windiest time of year for the Upper Midwest. And while it can be tough to find the upside when the wind brings wind chills down, the energy produced makes our air cleaner to breathe.

The power provided by wind decreases the need for the burning of fossil fuels. That, in turn, slows the increase of heat-trapping carbon dioxide emitted into the atmosphere. As the wind blows, it produces an abundance of clean energy. And Iowa is a leader in producing it!

Large wind farms have gone up in recent years across Iowa and Illinois which has helped wind power to overtake hydroelectric power for the first time late in 2016. Over the past decade, wind power has exploded in the U.S. Over that time, generating capacity from wind has increased by a factor of seven, surpassing 82,000 megawatts (or enough to power 24 million homes).

The winds in the Southeastern United States are not consistent, especially in the Summer months. Despite a lack of a consistent breeze across this region, there's still a modest amount of power generation available.

But wind power is more than just energy. It has spurred job growth in the U.S. Recently, President Trump has made commitments to help the coal industry recover. But in reality, the lost jobs in coal could be converted to clean energy jobs with just as much investment.

According to the American Wind Energy Association, there are more than 100,000 jobs in the U.S. across fields such as development, construction, transportation, manufacturing, operations, and services. Iowa Governor Terry Branstad tells the Iowa Agribusiness Expo that the state welcomes high-quality, good-paying jobs that help grow family incomes in the state. But there's an additional benefit, "[wind power] has also helped us reduce our dependence on foreign oil—something that Iowa was almost exclusively reliant upon in the 1980’s when I was first governor.”

As the investment in wind power increases in the Hawkeye State, only Colorado and Texas are expected to produce more power and employ more people.