Iowa football player “thankful to be alive” after encounter with ICPD

IOWA CITY, Iowa — What started as an afternoon playing Pokemon Go turned into a run-in with the cops that left an Iowa Hawkeye football player with some p... 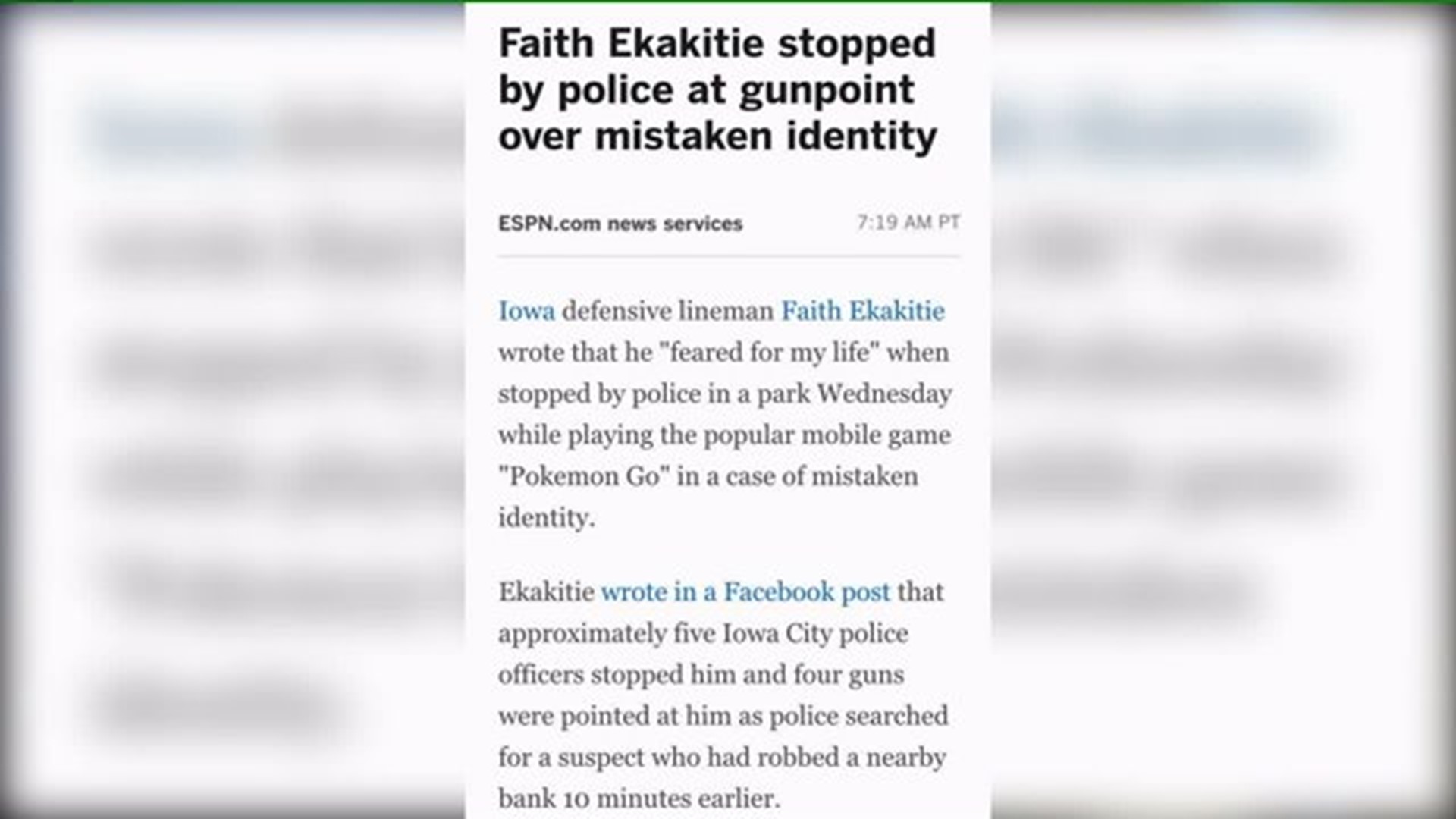 IOWA CITY, Iowa -- What started as an afternoon playing Pokemon Go turned into a run-in with the cops that left an Iowa Hawkeye football player with some powerful takeaways.

Strong-side defensive end Faith Joseph Ekakitie explained in a blog post on Facebook how he was shocked when a group of police suddenly surrounded him with their guns pointed, but in the end he came out thanking them.  The post was written Wednesday, July 20, 2016, and started with this:

"Today was the first time that I’ve ever truly feared for my life, and I have the media to thank for that."

Ekakitie was approached by five Iowa City Police officers and searched, all because he matched the description of a bank robbery suspect.  It seemed to him that these officers ambushed him, but Ekakitie explains that wasn't the case at all.

Because Ekakitie had his headphones in, he didn't hear the police come up from behind him, according to his post. He missed the part when they identified themselves as police officers. He didn't hear when they asked him to turn around and put his hands up.

He explains how he is "thankful to be alive" and took away a lesson of how quickly a misunderstanding can develop and end poorly.

"So with that, I would like the thank the Iowa City Police department for handling a sensitive situation very professionally. I would also urge people to be more aware of their surroundings because clearly I wasn’t. Lastly, I would urge us all to at least to attempt to unlearn some of the prejudices that we have learned about each other and now plague our minds and our society. I am convinced that in the same way that we learned these prejudices, we can also unlearn them."