If their experiment works, an Iowa distillery could reinvent whiskey-flavored bacon without actual whiskey. 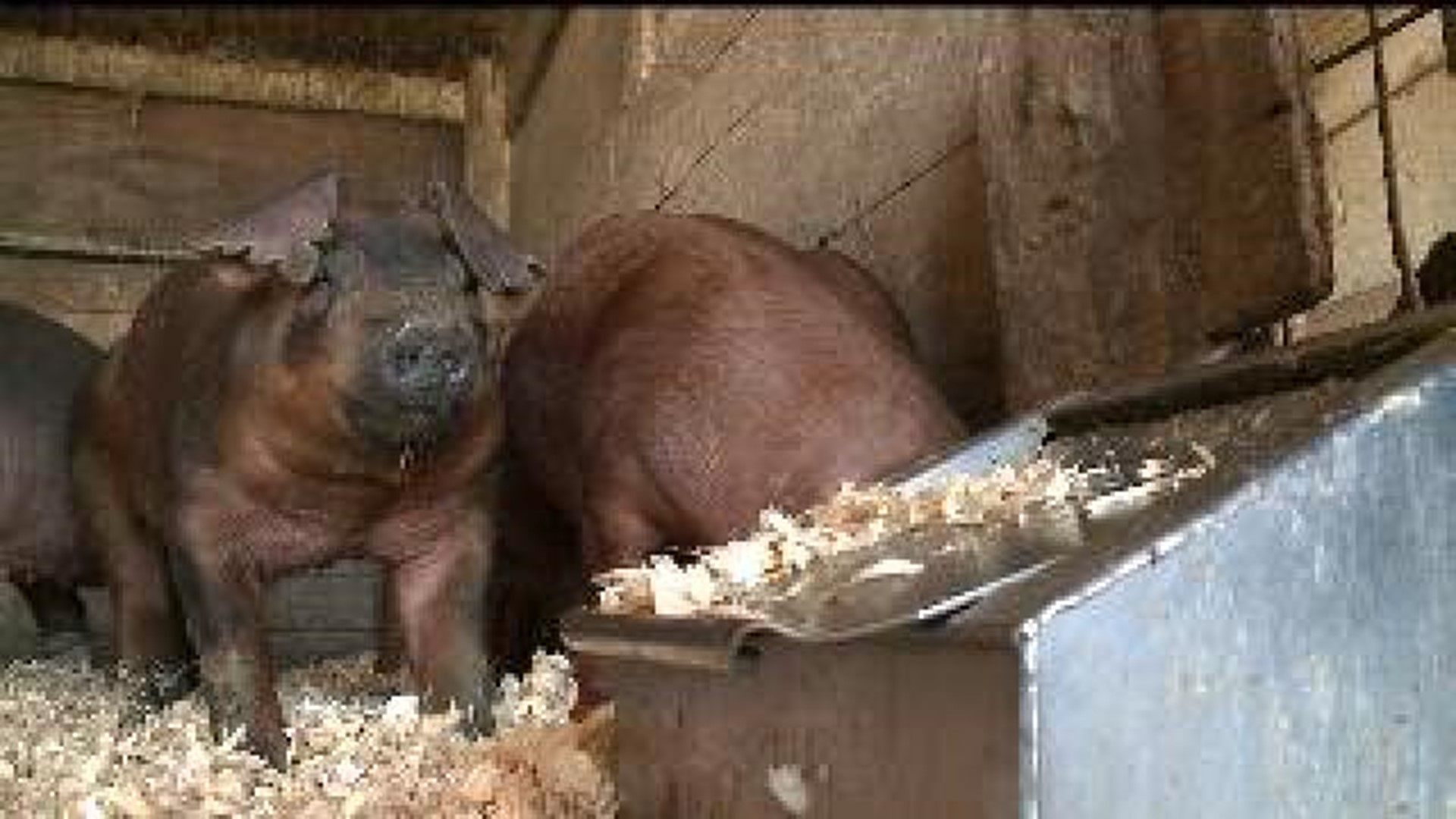 We use alcohol in meat marinades all the time, but what if your food already had the taste without the wait?

The founders of Templeton Rye Distillery in Templeton, Iowa are trying to do just that by creating pork that tastes like their famous whiskey.

"We have a little motto here. My dad always told me, 'Nothing good happens after 12 p.m.'  So, it seems like that's when this idea was probably thought of - after we had a few drinks," laughs the distillery's co-founder, Keith Kerkhoff.

He hopes the Templeton Rye Pork Project will be the exception to his dad's motto.

They're raising 25 pigs, born in early January 2014, on a farm in Woodward, Iowa, about an hour east of Templeton.  Nick Berry, who has a Ph.D. in Animal Science focused on meat and eating quality, looks after the pigs.  Berry works in the commercial pig industry for an animal health company, and he's a friend of the Templeton team.

The pigs are purebred Duroc, which Berry says are known for their meat quality and are a natural fit for the project.

Despite what you may think, the pigs are not drinking any whiskey. Instead, they're eating a distinct diet that incorporates the dry distillery grain, from the whiskey-making process, into the feed.

Kerkhoff says they're already getting a variety of inquiries about the pigs, from backyard pit masters to famous restaurant owners like Chicago's Stephanie Izard, winner of 'Top Chef.'

"I don't think we're going to have any problem getting rid of the 25 pigs," he says.  They'll decide in June where the pigs will go.

Kerkhoff says their pork experiment has never been done before, and that's exactly why they're doing it.

"This is something somebody is going to do, and we want to be at the cutting edge of it, and I think we are," Kerkhoff said.

Berry says the project is a natural combination for Templeton Rye and their home-state's animal agriculture industry.

"I think it really falls in line with what their roots surround -- whiskey making and rural Iowa and the Midwest," adds Berry. "This project really fits right in line with a lot of their history and heritage."

The project also sends a message that's important to Templeton.

"I would say my grandfather was probably outside the law a little bit," says Kerkhoff. "My grandfather was one of what we call the 'entrepreneurs' during Prohibition, that made Templeton Rye," Kerkhoff said.

"It got into the coffers of Al Calpone and that's where it got the name 'The Good Stuff,'" he said.

The 2014 team has a rebellious spirit to take some risks with their spirits, like the pork project.

The Templeton team plans to hold a tasting in Des Moines, Iowa at the end of June for members of the Templeton Rye Bootleggers Society. To join, click here.