Investigators focus on 5 areas in search for Iowa student

Crime Stoppers of Central Iowa says a reward fund has grown to more than $366,000. 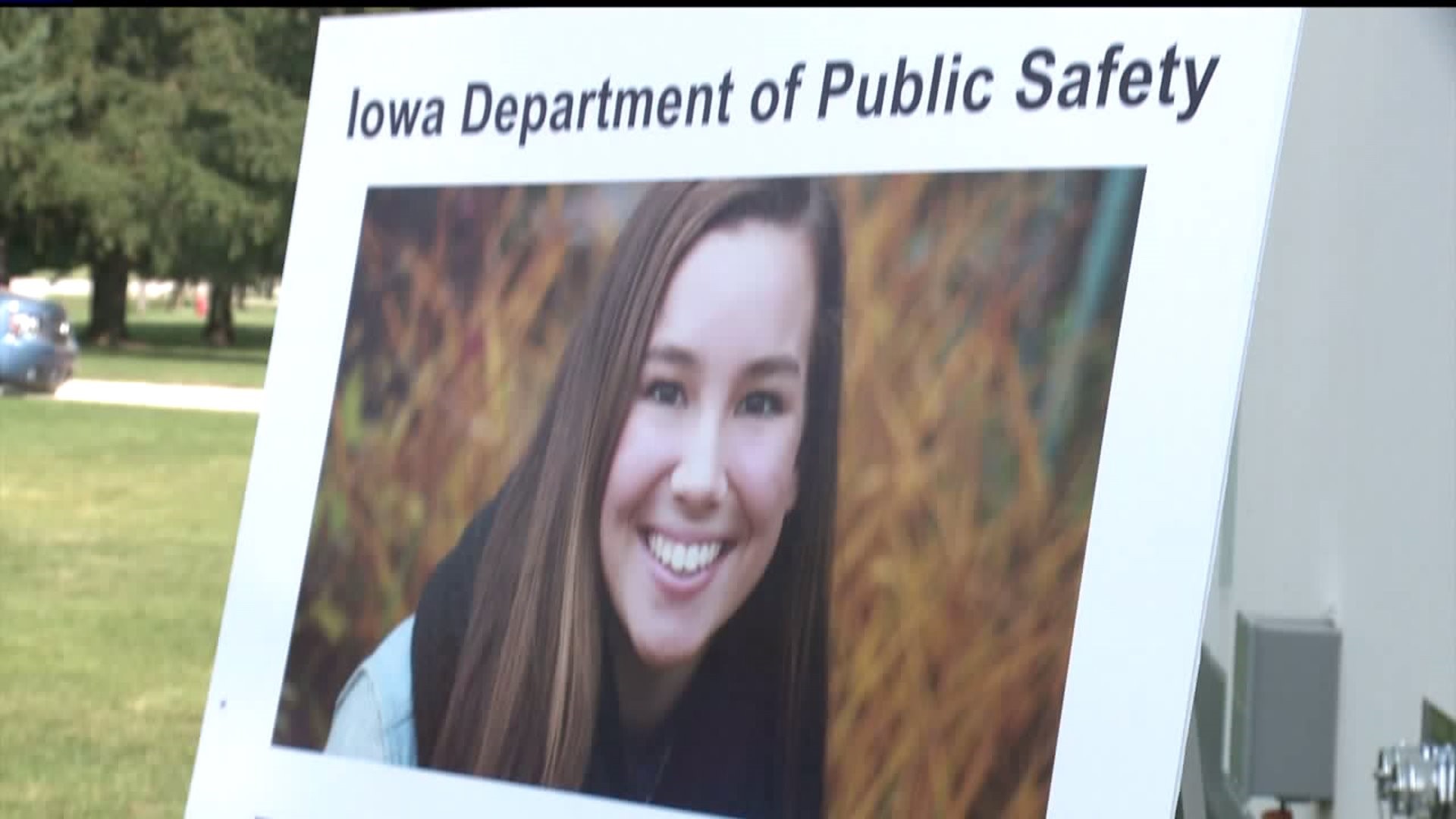 BROOKLYN, Iowa (AP) — Authorities investigating the disappearance of an Iowa college student are focusing on five areas in and near her hometown.

Special agent Rick Rahn of the Iowa Division of Criminal Investigation says officials hope mentioning those areas will jog residents' memories. Investigators have asked anyone who was in any of those five areas when Tibbetts disappeared to remember that evening and leave tips on a website .

Crime Stoppers of Central Iowa says a reward fund has grown to more than $366,000.