Every two hours the memory of one Kirkwood teen resets. Every morning, she believes it’s June 11th — the day she received a traumatic head injury. 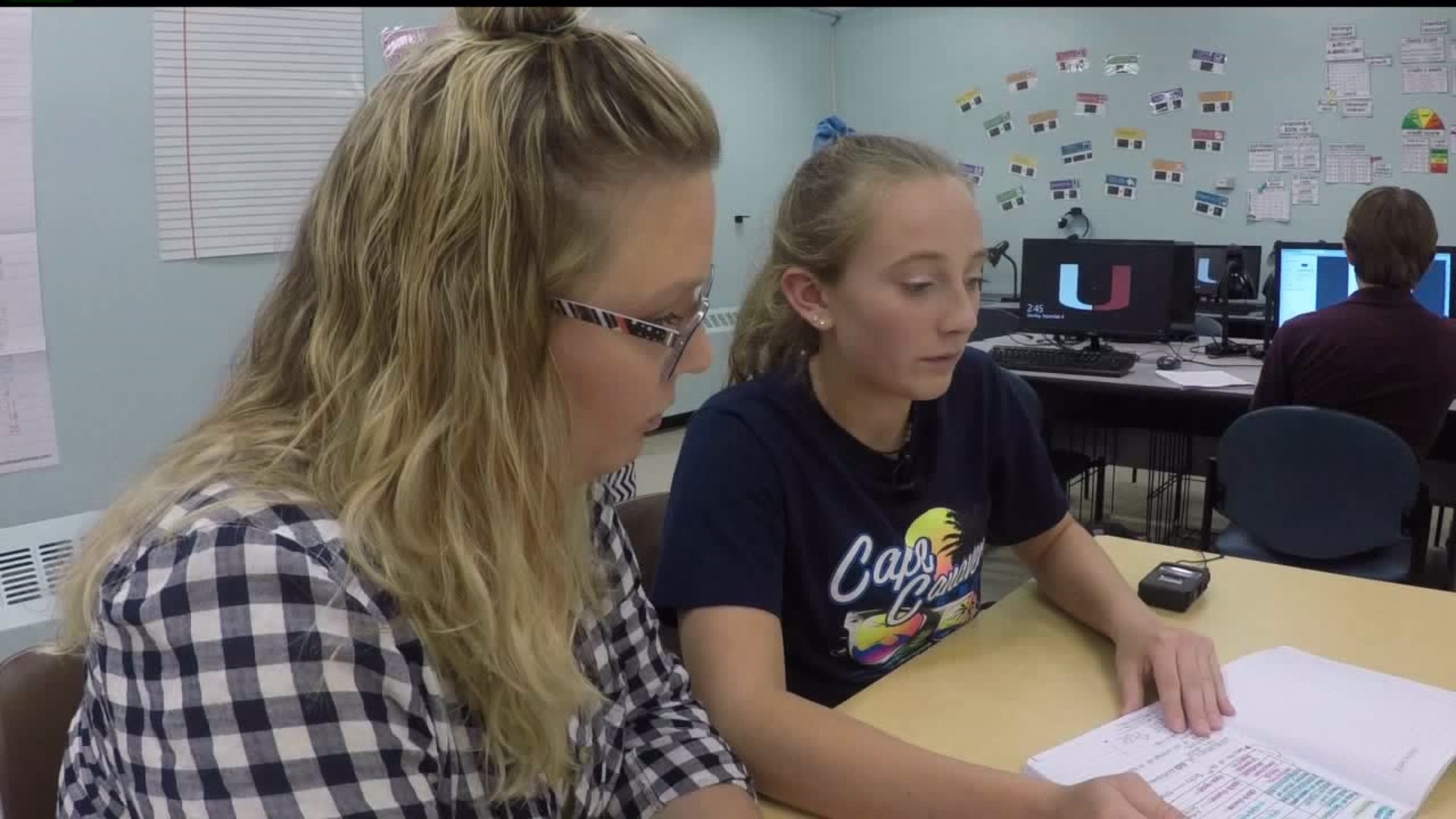 MONMOUTH, Illinois -- Every two hours the memory of one Kirkwood teen resets. Every morning, she believes it's June 11th -- the day she received a traumatic head injury.

Each morning Riley Horner wakes up in her bedroom, her first feeling is confusion.

"I have a calendar on my door and I look and it's September and I'm like 'woah'," Riley said.

"When she wakes up every morning, she thinks it's June 11th," said Sarah Horner, Riley's mother.

June 11th is the day Riley was accidentally kicked in the head by a student "crowd surfing" during a dance at the FFA State Convention. However, after dozens of seizures and countless hospital visits, Riley's symptoms are still a medical mystery.

Sarah said Riley's first doctor dismissed it as a concussion and simply sent her home on crutches.

"They tell us there's nothing medically wrong," Sarah said. "They can't see anything. You can't see a concussion though on an MRI or a CT scan. There's no brain bleed, there's no tumor."

Even the simpler things in life are wiped out of Riley's memory. Riley carries every notebook, textbook, and pencil with her throughout the day because she can't even remember where her locker is.

In order to keep up with school, Riley needs to leave her self detailed notes, take photos of them on her phone, and set an alarm for every two hours so she can brush up on what she has forgotten.

"My brother passed away last week and she probably has no idea. And we tell her every day but she has no idea about it," Sarah said.

"I know it's hard for them as much as it's hard for me. And people just don't understand. It`s like a movie," Riley said. "Like I will have no recollection of (this interview) come supper time."

The injury has changed everything for this former athlete and scholar. Everything is more complicated when you just. cannot. remember.

"(Doctors) told us that she might just be like this forever. And I am not okay with that," Sarah said tearfully.

Now, the Horner's say they are just desperate for a diagnosis before it is too late. Sarah said research has shown that at six months with short term memory, it can cause irreversible damage.

"We need help," Sarah pleaded tearfully. "We need somebody that knows a little bit more because she deserves better. I mean she wanted to be in the medical field and now she can’t even hold a job if she wanted to."

Riley, on the other hand, said she just wants anyone else experiencing similar symptoms to know they are not alone.

If you or someone you know is experiencing similar symptoms, share your story here: