The investigation into the accident is ongoing, with troopers working with Stephenson County State’s Attorney’s Office. 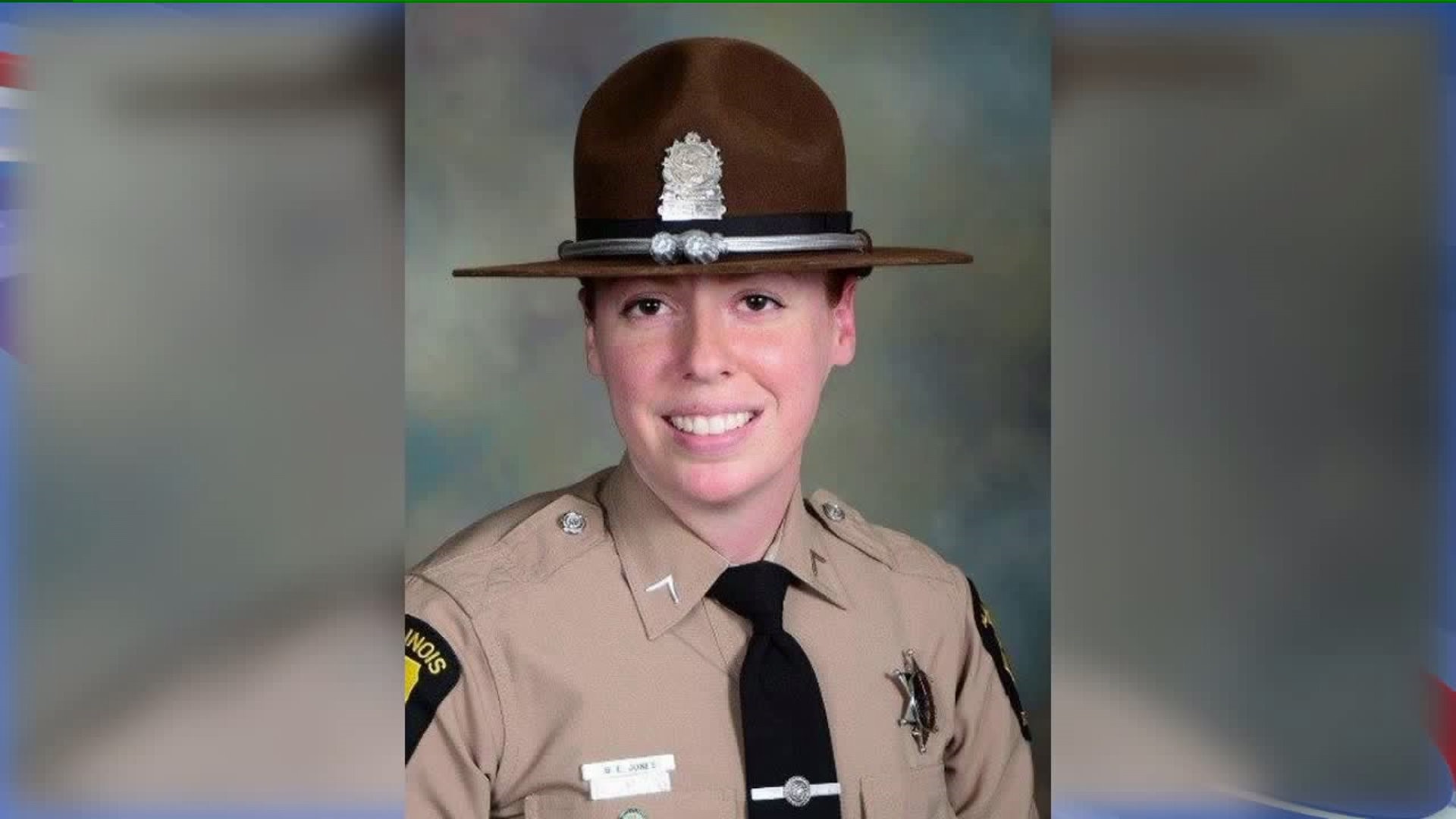 FREEPORT, Ill. (AP) — An Illinois State Police trooper was killed Thursday when she was struck by a truck during a traffic stop, the second trooper to die that way this year.

Trooper Brooke Jones-Story was killed in the crash that occurred on Route 20 near Route 75 in Freeport, state police officials said. Jones-Story was a 12-year veteran of the Illinois State Police District 16 in Pecatonica.

"Today is a dark day for the Illinois State Police family," said Acting Director Brendan F. Kelly. "This is the six-year anniversary of the death of another trooper, and now another brave soul, Trooper Brooke Jones-Story, has made the ultimate sacrifice for people of this state."

Jones-Story, 34, was inspecting a commercial motor vehicle at the time of the crash. She is the second state trooper killed in a crash this year. Trooper Christopher Lambert was fatally hit by a vehicle in January while he directed traffic during a snowstorm near a crash on I-294 near Northbrook.

Thursday's accident was the 15th time since January that a state trooper or a police squad car has been struck by motorists. That's double last year's total of eight.

State police has pushed recently for motorists to observe the "Move Over Law" when approaching vehicles on the side of the road.

The law requires motorists approaching vehicles along the roadside to slow down and change lanes to provide more space.

Citations for violations of the "Move Over Law" and improper lane usage has been issued to the unidentified truck driver.

Gov. J.B. Pritzker tweeted his condolences to Jones-Story's family. He also renewed his call for motorists to follow the rule, also known as the Move Over law.

"Our state troopers do incredible work keeping the public safe, and it is devastating to the entire state that another has been killed on the side of a highway," Pritzker wrote.

The investigation into the accident is ongoing, with troopers working with Stephenson County State's Attorney's Office.