New speed-monitoring installed on I-74 bridge

Illinois State Police will begin monitoring traffic speed on the I-74 bridge from the sky. 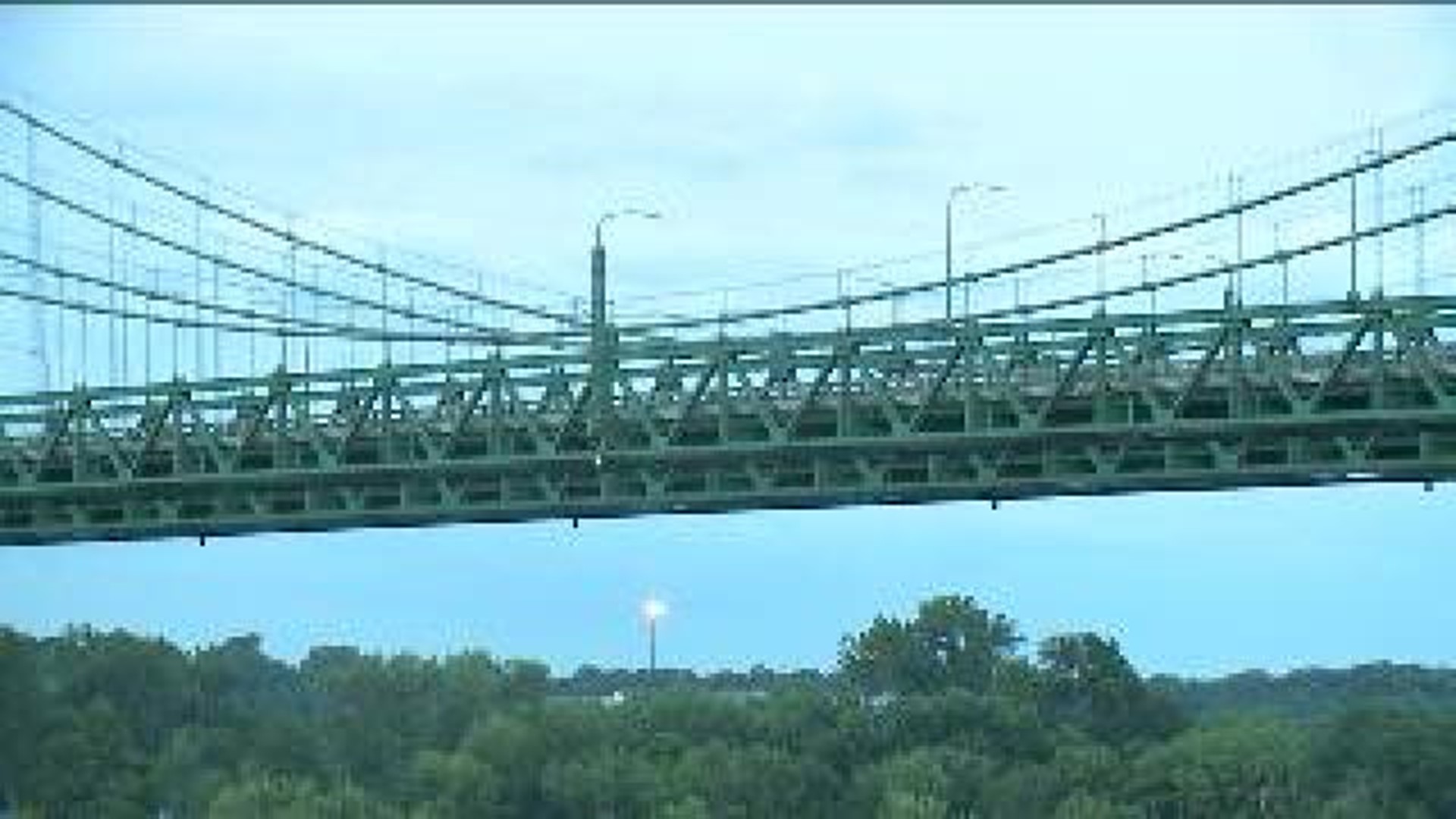 Illinois State Police will begin monitoring traffic speed on the I-74 bridge from the sky.

Tuesday, July 8, 2014, IDOT crews will begin installing white strips on both sides of the I-74 bridge. They will have to close down one lane of the bridge in each direction from 9 a.m. to noon Tuesday.

This is how it works; White strips are placed on the road. Police fly above the marked zone in an aircraft, usually a helicopter. Using a stopwatch and a number chart, police time how fast it takes a driver to pass from one line to the next. Using a simple equation, police can calculate the driver's speed.

"On the bridges, you can't really have any squad cars sitting up there safely during daylight hours," said Jason Wilson, a State Trooper with the Illinois State Police. "Obviously, we all know there is a problem on the I-74 bridge with people obeying the 50 mph speed limit."

From both sides of the river, drivers approaching the I-74 bridge have an abrupt speed drop from 65 to 50 mph. Police say often times, drivers are not slowing down in, what police consider, an already a high-risk driving zone.

"With the increase of speeding and the construction zones in that area, there has been an awareness that some speed enforcement needs to continue on the bridges," Wilson said.

Police are also expecting more traffic in the upcoming months on the I-74 bridge due to the maintenance on the Centennial Bridge. They hope adding more police surveillance to the I-74 bridge will help drives develop safer habits when behind the wheel.

Related:  Which lanes will close, and when, on the Centennial Bridge

"We want to hit those speed zones so we can develop good driving habits now, before it becomes a critical or fatal crash later," said Wilson.

Wilson also said that aerial speed zones have been implemented previously in the Quad Cities.

IDOT is expected to begin work on the I-74 bridge at 9 a.m. Tuesday, July 8, and finish the job by noon Tuesday.