CHICAGO, Illinois- Illinois State Police helped deliver a baby during a traffic stop on I-57 northbound near 111th Street.

Sunday, April 28, Trooper Valdez De Leon and Trooper Vodicka were on a traffic stop on I-57 northbound near 111th Street approximately around 11:56 p.m. when another vehicle pulled in front of Trooper De Leon’s police car.

Out jumped Roland Watkins, who told Trooper De Leon that his sister, Stacey Watkins, was in active labor.

The mother and baby were transported to a local area hospital by ambulance.

Monday afternoon, April 29, Trooper Valdez De Leon was able to visit the family at the hospital.

“I never thought I would get the opportunity to deliver a baby on the side of the road so early in my career with the Illinois State Police,” stated Trooper Valdez De Leon. “It was a high-stress situation, but because of the First Responder training I received at the Illinois State Police Academy, I was confident enough to use the training I received and put it to good use, which led to a successful outcome.” 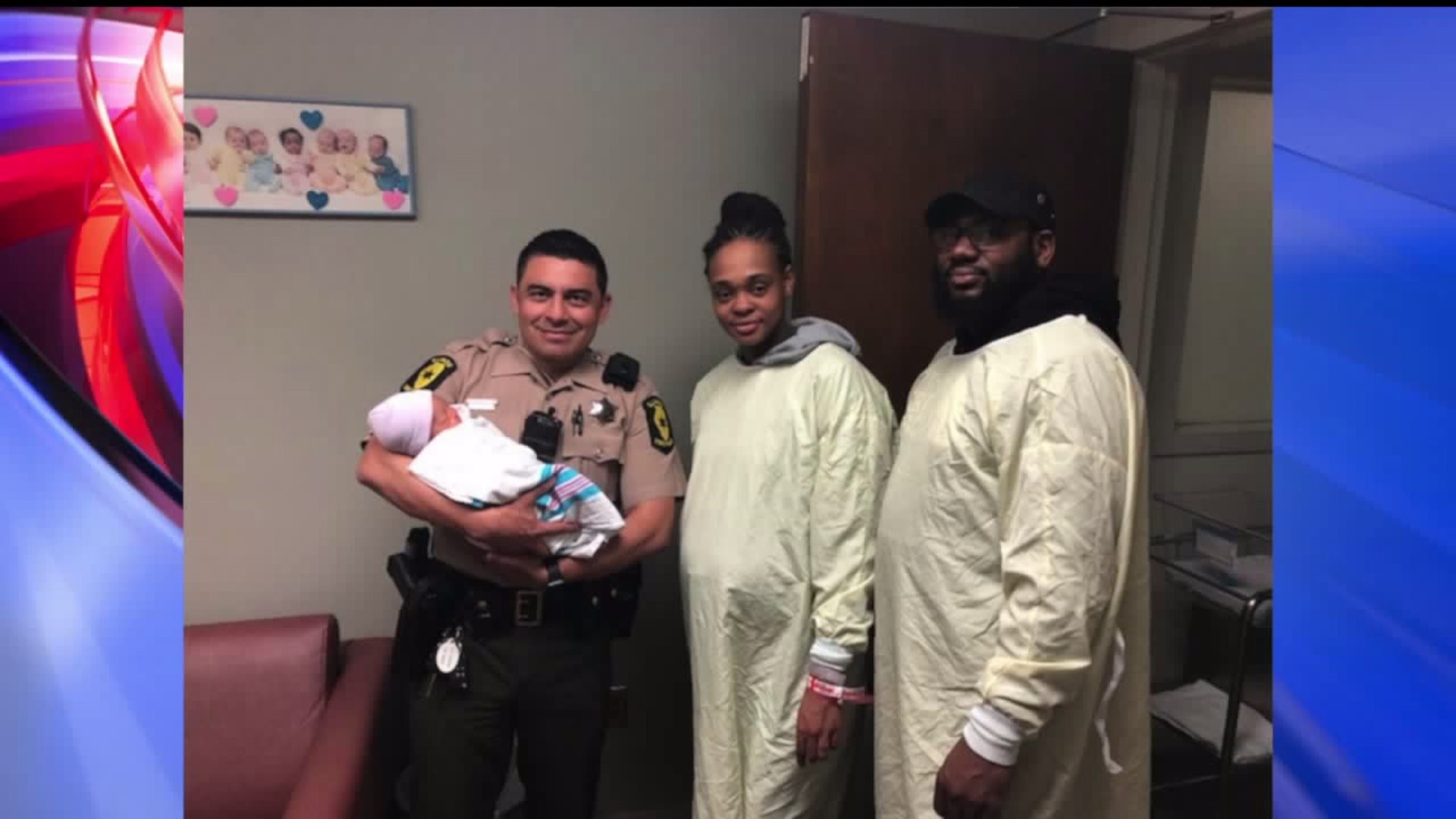