DAVENPORT, Iowa-  “Can I tell them?” Gulp. On stage in front of hundreds of people, Donnie Wahlberg was about to spill a secret I’d been keeping for four months... 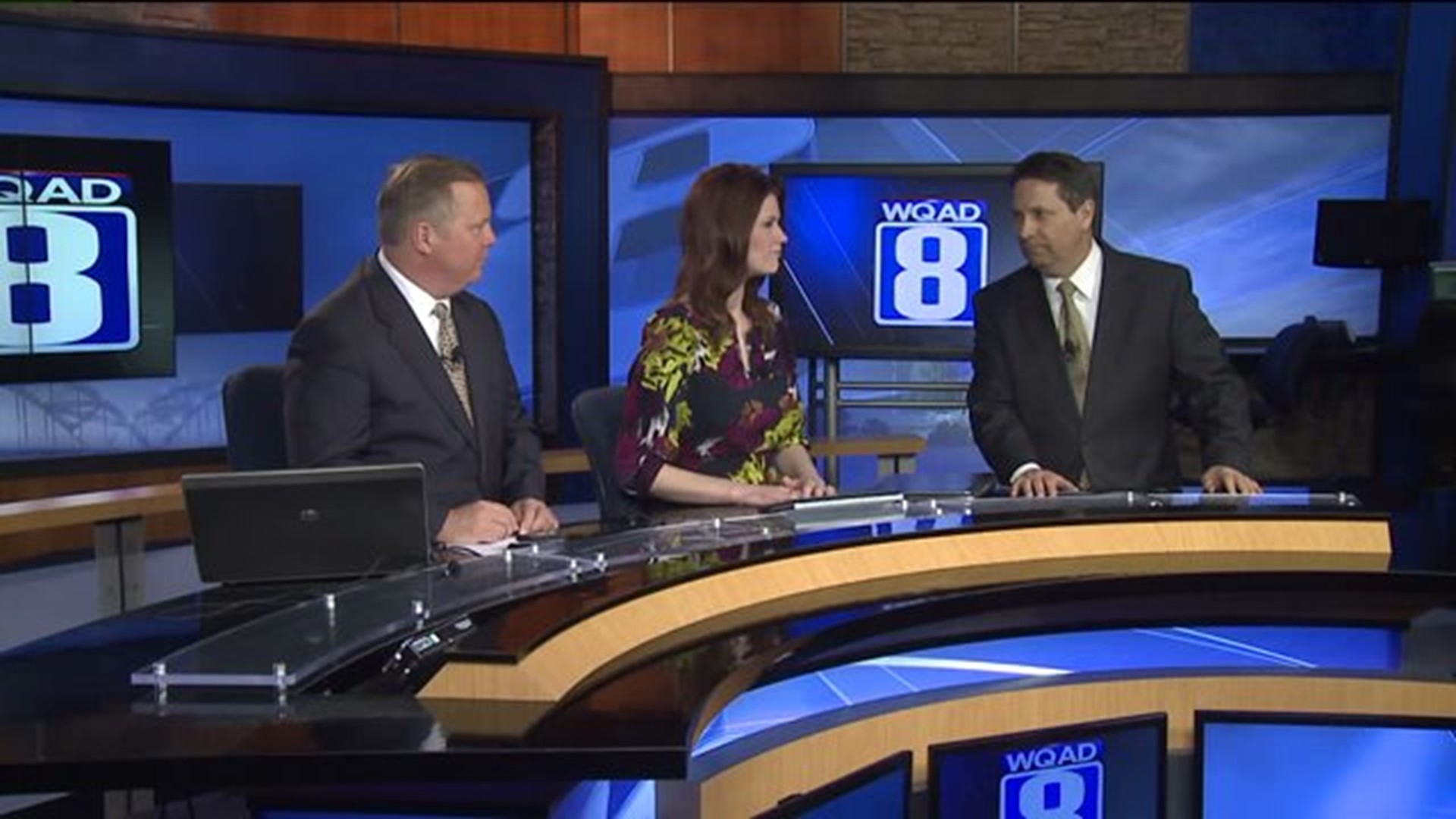 On stage in front of hundreds of people, Donnie Wahlberg was about to spill a secret I’d been keeping for four months.

It was, technically, my fault.

I’ve known for weeks that I would be interviewing Wahlberg before his appearance at a Gilda’s Club fundraiser. Wahlberg first became a household name in the late 1980’s and early 1990’s as a member of the boy band, New Kids on the Block. He went on to an acting career, now starring in “Blue Bloods” on CBS and a reality show about his family’s restaurant, "The Wahlburgers."  The band got back together in 2008.

One day it dawned on me that I might be able to talk him into doing something small to help announce my pregnancy. I thought it would be fun to ask him for a simple picture, pointing at my barely there belly with the caption, “There’s about to be a NEW kid on the block.” My husband was amused that he could get out of taking a picture and have who he considered a “better looking guy” take his place in our potential announcement.

When the day arrived, Donnie Wahlberg came into Genesis Cancer Center in a tailored blue suit and a shy grin on his face. He would talk briefly with staff members and then head down a hallway to meet with some patients getting treatment. In the hall, he ran into a 23-year-old mother facing cancer treatments. They chatted and he signed a throwback picture of the New Kids on the Block for her, then invited her to join him for the rest of his visit. She trailed behind him, beaming. It was clear he was very comfortable meeting new people but without any trace of ego.

I was all set for my interview with Donnie later in a private room, where I was all ready to ask him about the New Kids reunion, when he was bringing  a “Wahlburgers” to the Quad Cities and his secret favorite show, “The Bachelor.”

At the end of the interview, I asked him for my special picture. He suggested we try to do it as a selfie, but we couldn’t quite get the angle right. So we had my photographer Travis snap a few more. Donnie was on a pretty tight schedule, and he had to head to his next interview.

He left, saying, “Good luck with your baby!” and headed out the door.

I knew I would see him later that afternoon, as I introduced him on stage event for Gilda’s Club. For the past seven years, Gilda’s staff has invited interesting speakers from all across the entertainment world to come speak in the Quad Cities, from chef Curtis Stone, to celebrity dog trainer Caesar Milan, to journalist Joan Lunden. Donnie was planning to be on stage for about 45 minutes. I would introduce him to the crowd, and let him do his thing.

On stage, Wahlburg talked about his family, life on the road as a singer and actor, and why he came off a break from work to speak on behalf of Gilda’s Club. He finished by saying he hoped to spend the rest of his time answering audience questions.  I took my index cards loaded with questions onto the stage and got ready to start the Q and A session. As I approached him, Donnie asked if I had posted the picture yet.

“Nope, not yet,” I answered. I tried to send him a mental message… Not now!

But he pushed me. “You should post it soon!”

I didn’t know what to do. I knew we had a captive audience, so I hesitated.

He chimed in again, motioning to the crowd. “Can I tell them?” I responded “Um, okay!”

Donnie threw his arm on my shoulder and told the story, how I asked him for a picture pointing at my belly because I was expecting a beautiful baby! The slightly confused audience clapped and cheered as I stood there, pretty stunned myself. I think my only response was “September,” referring to my due date.

The coolest part was yet to come, when about a dozen people came up to me after the event to say "Congratulations" and wish me well. I can't tell you what a joy it's been sharing this news and finally getting to be an "out and proud" pregnant lady! I couldn't have planned it this way, but I am so thankful to Donnie Wahlberg, Gilda's Club, and all of you for giving me a memorable story to share with my sweet baby one day. 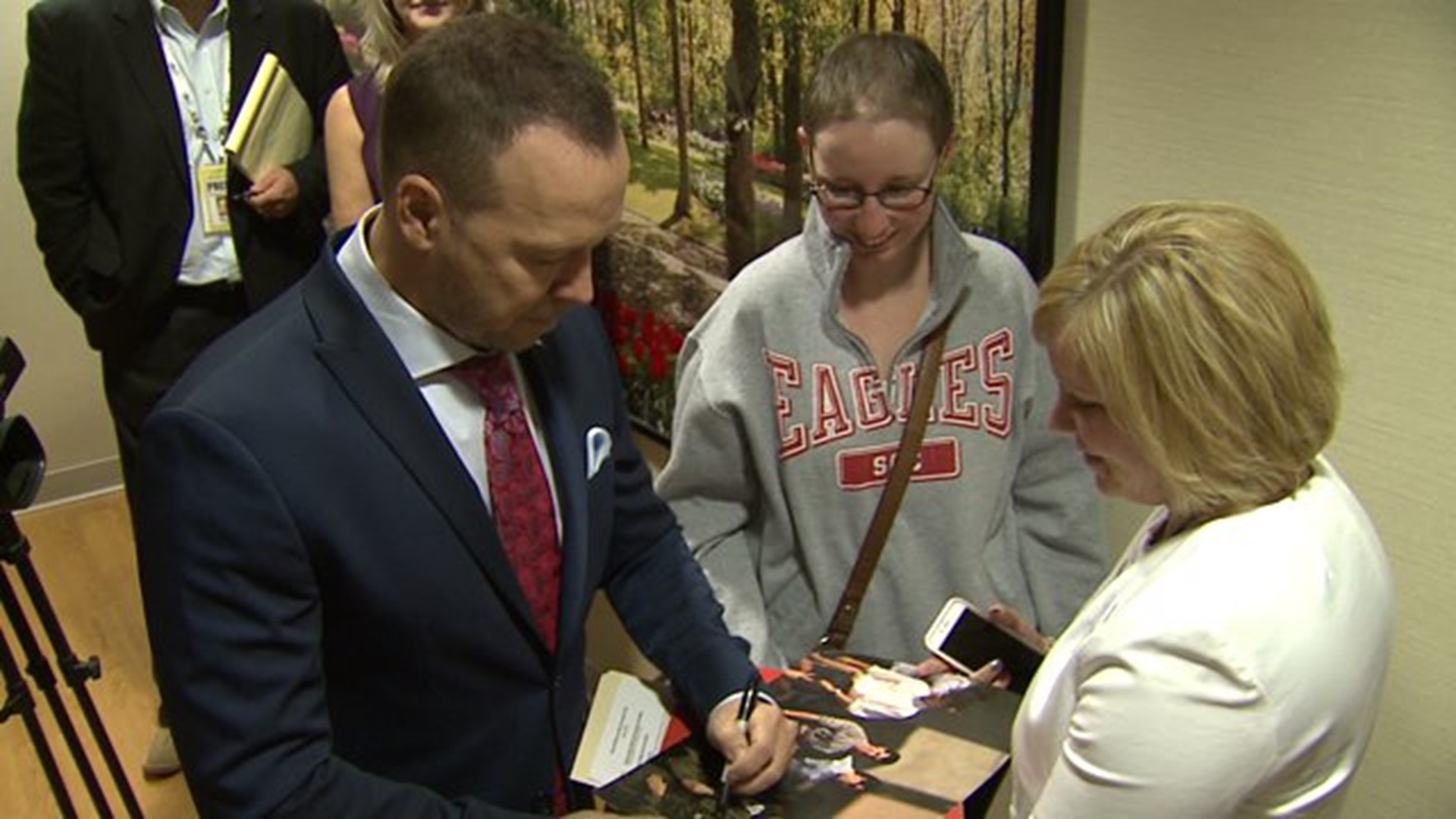