There’s still a huge stump in the front yard, which they will have to pay someone else to remove. 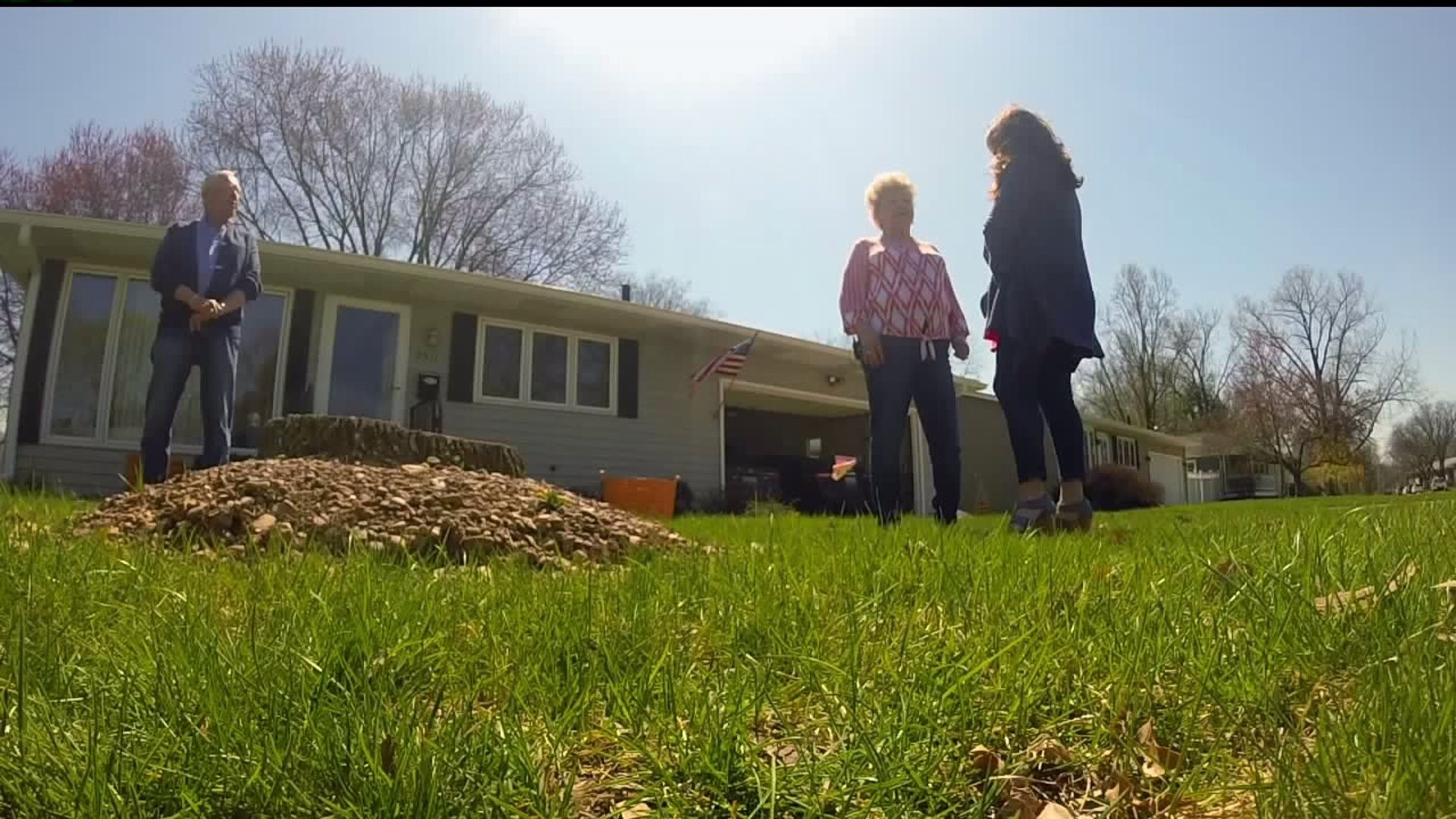 ROCK ISLAND, Illinois -- Some Quad City homeowners say they have been left hanging by a local tree guy. They say has not delivered what they paid for.

"We were hustled. As careful as we are at getting bids, we reacted so quickly because of his fast talk, that it was over. He had us," said Bonnie Engelman of Rock Island.

The Engelmans say Scott Evans knocked on their door and said one of the trees in their front yard was "diseased" and should be taken down.

They paid him $1,200 with the promise of taking down the tree and removing the stump. He also said he would be planting another new tree for an additional $400.

"Immediately, his truck came and immediately, he started cutting it down. Before we could change our minds. When the tree was down he wanted his check and he said he'd be back in a week to remove the stump and plant a new tree. We wrote the check, he cashed it in an hour, and never came back," Engelman said.

There's still a huge stump in the front yard, which they will have to pay someone else to remove.

"We heard other people have been taken advantage of by Scott and we feel it our civic duty to let people know," she said.

Ken Talbot, 77, was also approached last year at his home in Rock Island about taking down a "diseased tree". It was a very vulnerable time.

"I had just found out I had colon cancer and I was very sick and that's when he knocked on the door," said Talbot.

"He said, you got a tree that's about ready to fall on your house," Talbot said.

He paid him half of the original $3,000 bid. He says Evans trimmed some trees and left. He couldn't get in touch with him, meanwhile his wife researched Evans online, and the couple at that point, just wanted their money back.  Now out $1,500, Talbot eventually was told by another tree service, that  the tree didn't even have to come down.

"The tree is fine. We did the general maintenance and it's fine. It wasn't going to hit the house. No.," said Rick Ethridge, with Rick's Tree Service, who says he has cleaned up several jobs started by Evans.

Talbot and Engelman say they have tried and failed several times to get in touch with Evans to get some of their money back.

"No one answers the phone," said Engelman.

"He just disappeared on me. I had a phone number but he would never answer it," said Talbot.

The Better Business Bureau advises to avoid door to door pitches from home improvement and tree trimming companies, and never pay upfront. Also, make sure to check their business license and insurance, and call the insurance company to make sure the policy is current.