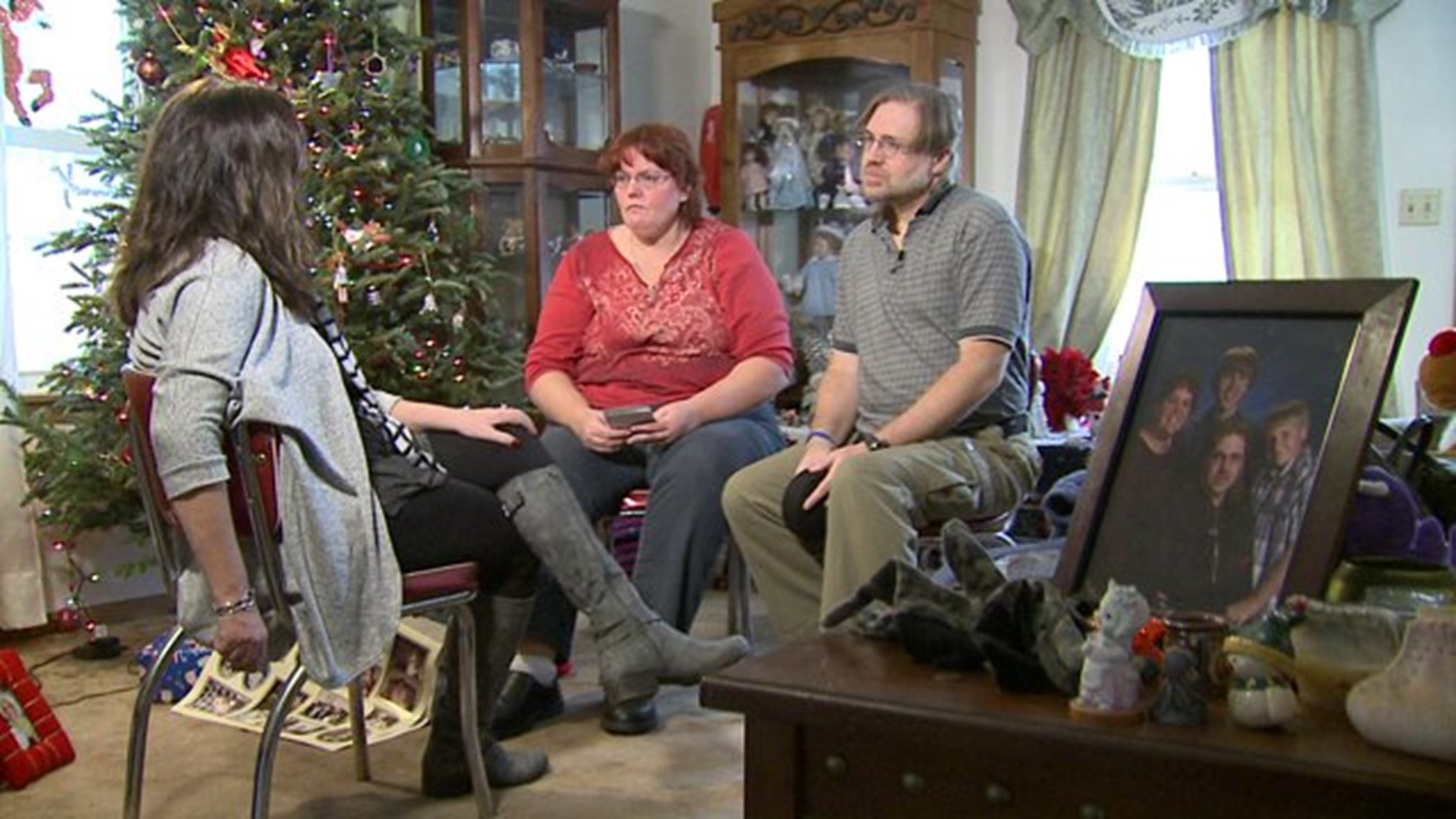 MOLINE, Illinois — The holiday season has turned into heartbreak for one Quad City family, and his parents are remembering their son as a young man with a child-like heart who loved to give hugs.

"We went to a church service on Wednesday and everybody said he always had a hug for everybody," his mom, Jill Kerofsky said from her home in Moline.

She says funeral services will be held Tuesday, December 27th , for 18-year old Ken Kerofsky.  He fell into the Rock River this week while walking on the ice with a friend.

Recovery teams used boats and a helicopter to find his body the next day.

"They were walking along on the ice and that's when Kenny fell in, they said the kid did everything he could to fish him out. The poor young man is just blaming himself, he says it's all his fault Kenny's gone," said his mom.

His father Tim says he is feeling some guilt as well. He says the night before the accident, he talked to his son about his days in the Navy and showed him a photo of an expedition in Antarctica with researchers on the ice.

"I was in an an Antarctic expedition in 1992 with the Navy. They were doing the ice course, measuring the depths to see how many layers of ice, and I think he might have been curious, that's one of my thoughts. I can't blame myself, I talked with the pastor, he says I can't blame myself," Kerofsky said.

"But, I warned him about the river and the currents underneath the ice are very dangerous," he said.

The 18-year old had all of his Christmas shopping done , with presents for his mom and dad wrapped and under the tree. He was so excited he had already told his mom what he'd bought.

"It's a necklace, and it says mom," she said about the precious gift.

Ken was into karate, and was going to receive his 1st degree black belt certificate, as a surprise, from his father.

"That was going to be one of his Christmas surprises, the certificate", he said, holding a black belt with his son's name on it.

Ken was attending Blackhawk Junior College, after graduating from Moline High School in May. His mom said his school years were difficult, because of constant bullying.

"All through John Deere Middle School and even into high school. He was bullied a lot," she said.

"He came home one time when he was a freshman, he said some kids had slammed him into the bleachers," she said.

But his parents say he stayed strong, and this year had found a girlfriend and was in love. And, he never lost his kind- hearted spirit.

"Ken was Christmas everyday because everyday to him was Christmas. He always did 'What would Jesus Do', he would always try to do that. He was always giving, caring, give a hug to anybody. No matter who you were," he said.

The family is struggling to afford a funeral and they plan to have set up a memorial fund on GoFundMe.