CHICAGO, Illinois– Captain Louis Freeman was greeted like a rock star at Chicago’s Midway Airport as he heads into retirement. Friends and family li... 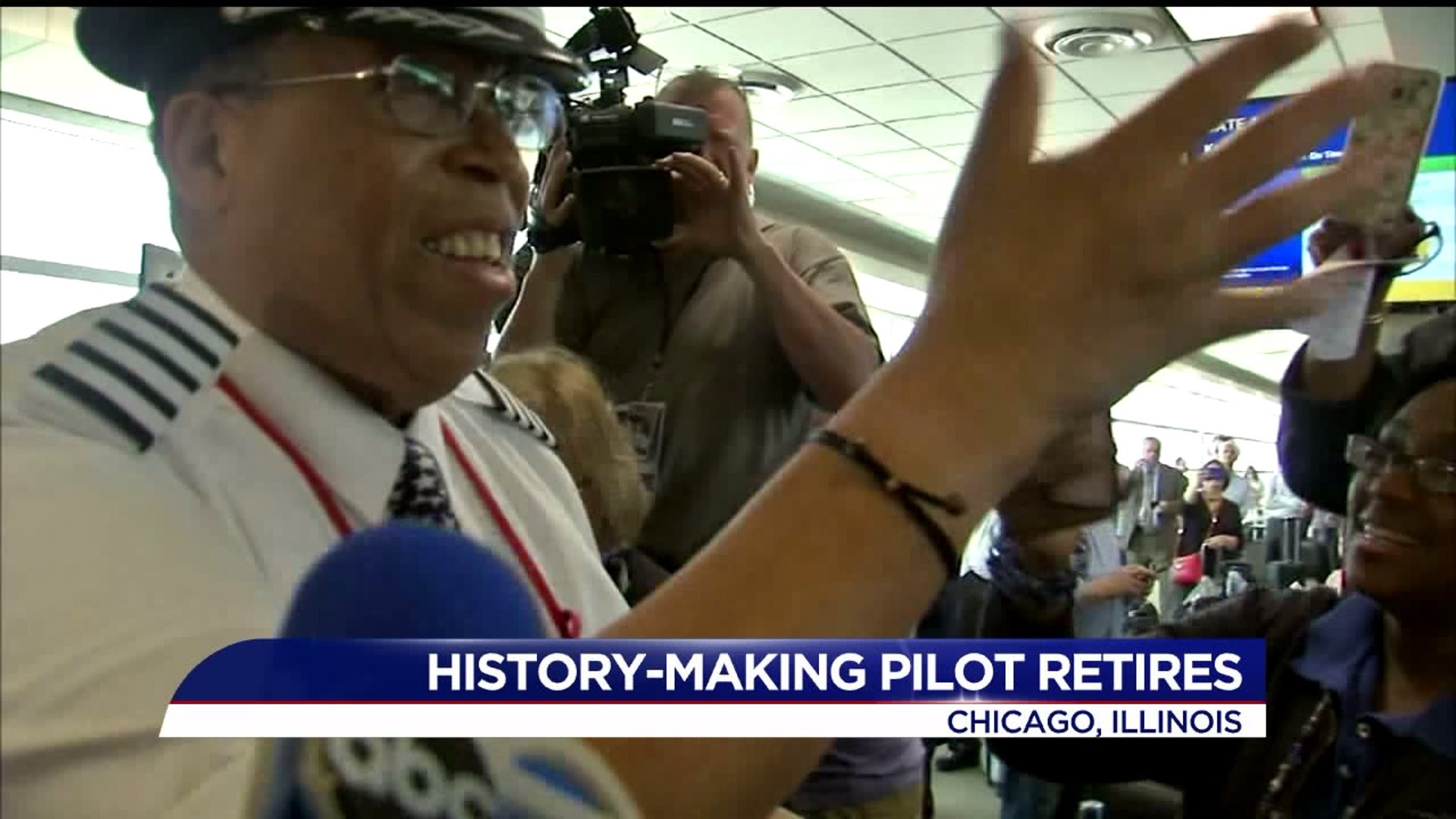 CHICAGO, Illinois-- Captain Louis Freeman was greeted like a rock star at Chicago's Midway Airport as he heads into retirement. Friends and family lined up to greet him as he got off the plane, cheering, applauding, and chanting his name.

"How do you think it feels?" Captain Freeman retorted, without skipping a beat. "I feel like I just won the Super Bowl!"

But what made his final landing so special?

Captain Freeman is actually the first African American pilot in the history of Southwest Airlines. He joined the airline back in 1980 as a pilot, a job that was rare for African Americans then. He made it his mission to guide more young, black people into the job.

"It's been an amazing 37 years," Freeman's wife, Stephanie, reflects. "I can't believe it came this fast," she adds.

"This is final, this just hit me, but...," Flight attendant Caroline Darby pauses to collect herself. "No more."

Darby was on board Freeman's final flight.

So was Captain John Addison, his co-pilot. "It's hard to be that talented, hard working, be the boss, and be so nice to everybody," Addison said of his colleague.

Captain Freeman's plane was also given a water cannon salute on the runway by the fire department as he pulled up to the gate.

The captain's final flight was from Dallas to Chicago, a route he says he's flown hundreds of times.