Governor Reynolds stops in Bettendorf ahead of Tuesday’s primary election

Governor Reynolds also encouraged everyone to get out and vote in Iowa’s primary election next Tuesday. 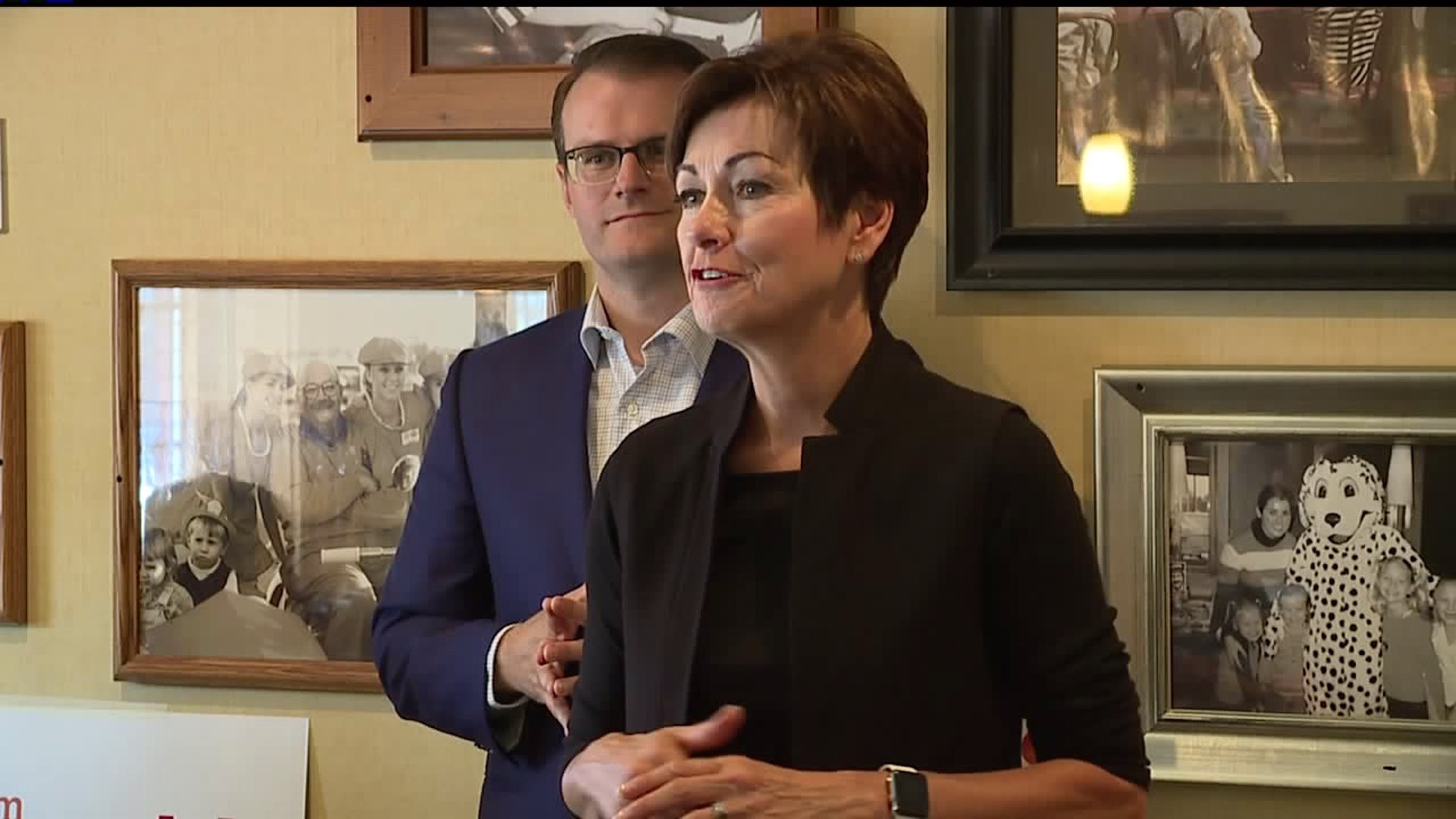 BETTENDORF, Iowa - With less than a week until the primary election in Iowa, Governor Kim Reynolds made a stop in the Quad Cities on May 31.

It is part of her campaign tour across the state of Iowa ahead of the June 5 election.

Governor Reynolds gave hugs and shook hands with her constituents at Happy Joe's Pizza in Bettendorf.

She also boosted accomplishments in the state and continued her promise to invest in children, education and healthcare.

Reynolds said the progress made in Iowa over the last year is because of the hard working people in the state.

"There are great things happening in this state and we continue to build a better Iowa, and we can't do it without each and every one of you," said Reynolds.

Governor Reynolds also encouraged everyone to get out and vote in Iowa's primary election next Tuesday.