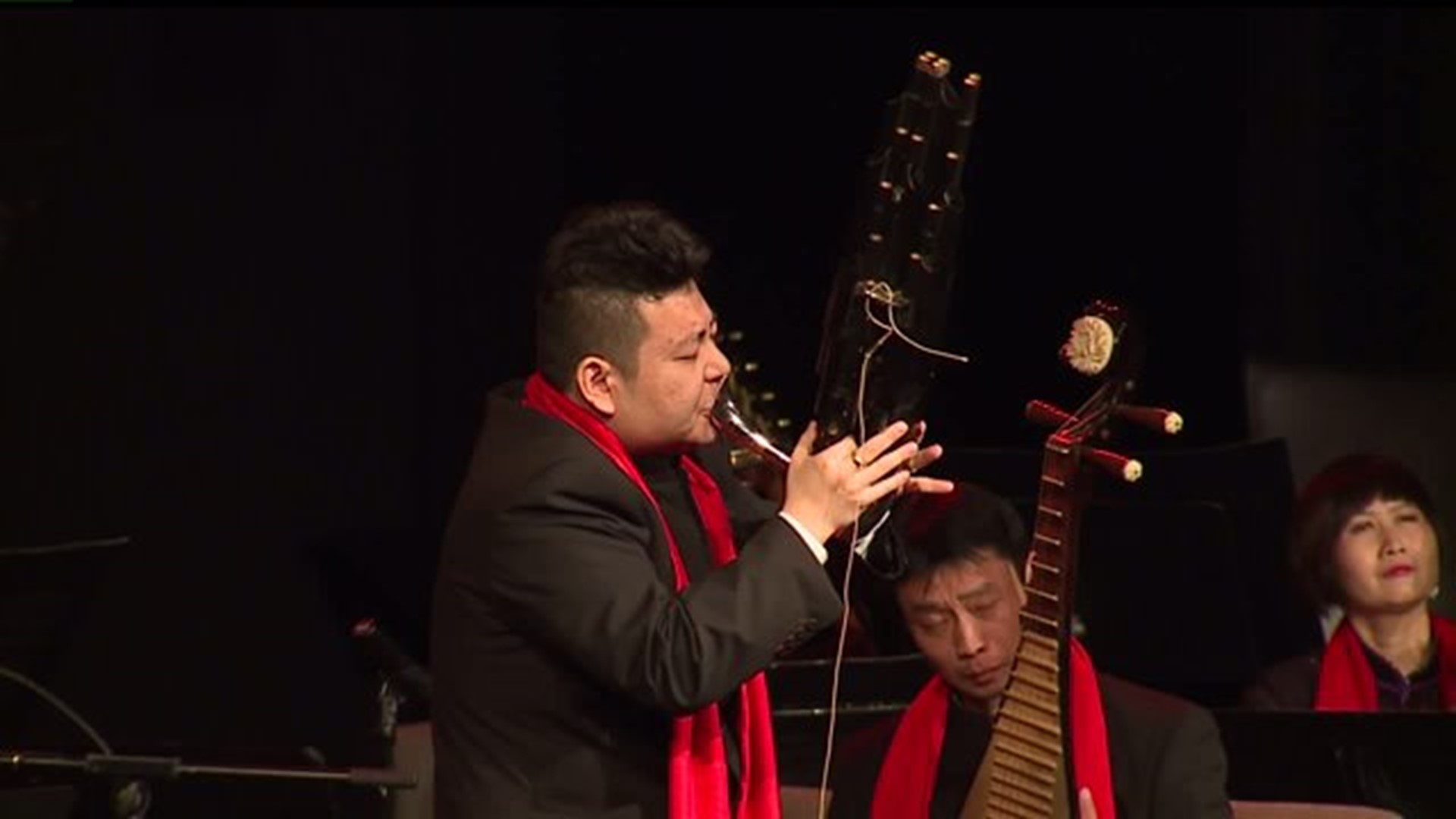 The Chinese New Year concert was held at Calgary Hall in Muscatine on February 1, 2017. Governor Terry Brandstad and his wife, Chris attended the event along with hundreds of people from Muscatine and China.

Before the concert, Governor Brandstad and Chinese Consul General Mr. Hong Lai of Chicago spoke about the long relationship between Iowa and China and why they wanted to bring the concert to Muscatine.

The Governor looked back on his first term as governor in 1983 when he signed the first sister state relationship agreement between Iowa and Hebei Province.  There, Governor Brandstad met a man named Xi Jinping from who came to Muscatine to learn about American agriculture.

Xi Jinping later became the president of China and to this day, remembers the people he met in Muscatine as "old friends."

“President Xi had very warm feelings about Iowa and the friendliness and hospitality that he experienced while he was here. Obviously we received similar responses in China and very proud to be old friends,” said Governor Brandstad.

The concert was performed by a Chinese orchestra from the Shaanxi province for hundreds of people in Muscatine to celebrate the Chinese culture here.

“I think it's really special to have this performance here in Muscatine and opportunity for us to reminisce on our longtime friendship we've had with China,” said Governor Brandstad.

The concert served as a Chinese New Year celebration for the community and recognized Governor Branstad for his commitment to building Iowa’s relationship with China.

The February 1, 2017 concert could also be the last time Governor Brandstad is in Muscatine. Once the senate approves his appointment as U.S Ambassador to China, Branstad says he'll move to Beijing with his family and work to increase trade between China and the U.S.

President Donald Trump may depend heavily on Governor Branstad. The president has heavily criticized China's currency and trade policies.

The concert was sponsored by the Bank of China, Consulate General of the People’s Republic of China, China Arts and Entertainment Group, China Window Group and the Muscatine-China Initiatives Committee.

The event was free to the public.