GM-UAW talks take turn for worse; settlement not near

Negotiations between HM and United Auto Workers have hit a snag and aren’t looking like they’ll be completed in the near future. 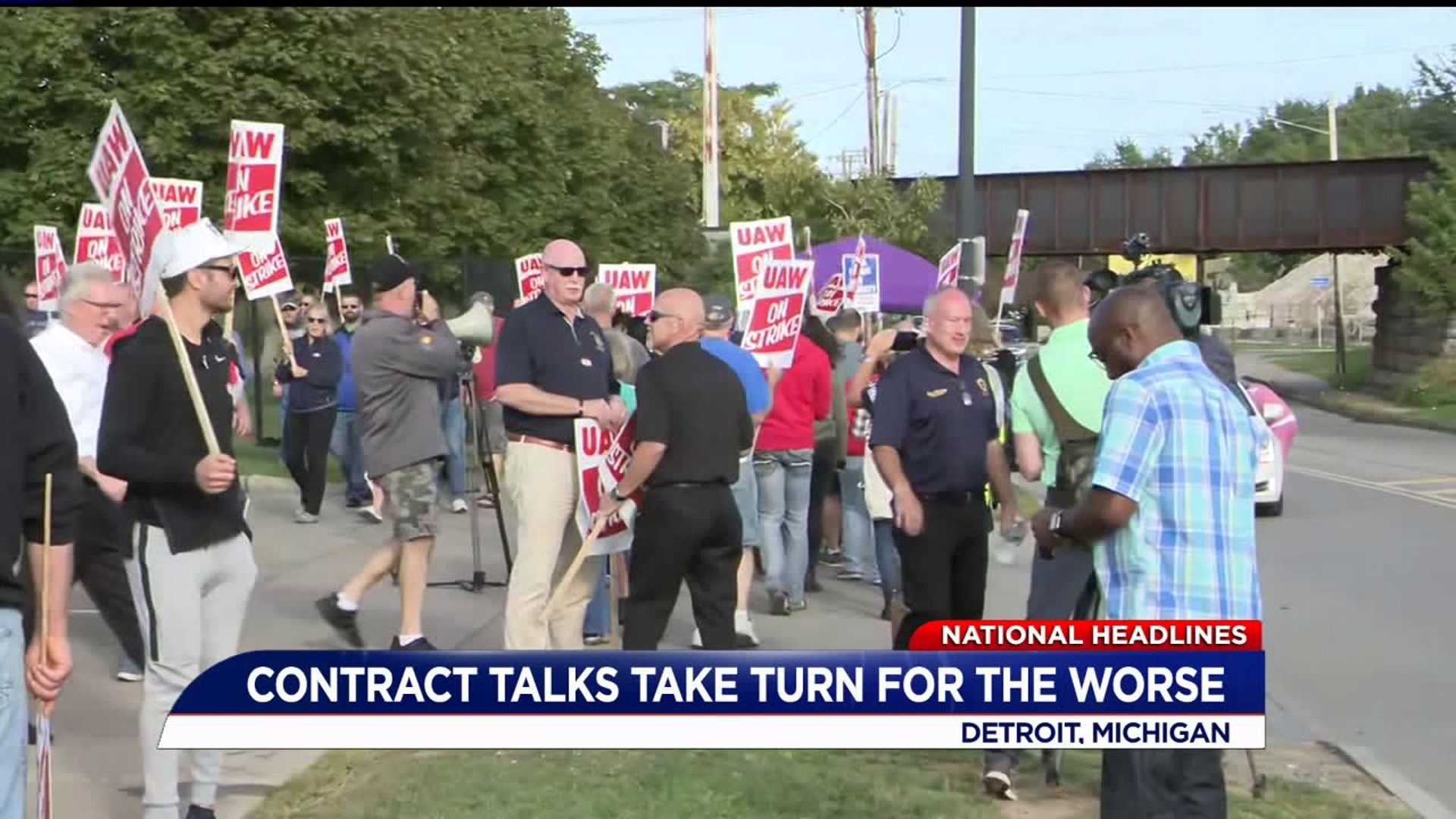 DETROIT (AP) — Contract talks aimed at ending a 21-day strike by the United Auto Workers against General Motors have taken a turn for the worse, hitting a big snag over product commitments for U.S. factories, a union official wrote in an email to members.

The letter from UAW Vice President Terry Dittes casts doubt on whether there will be a quick settlement in the contract dispute, which sent 49,000 workers to the picket lines on Sept. 16, crippling GM's factories.

Dittes' letter says the union presented a proposal to the company Saturday. He said GM responded Sunday morning by reverting back to an offer that had been rejected and made few changes.

The company's proposal did nothing to address a host of items, Dittes wrote, specifying job security for members during the term of the four-year contract.

Normally in contract talks, the union bargains for commitments from the company to build new vehicles, engines, transmissions and other items at U.S. factories represented by the union.

"It did nothing to provide job security during the term of this agreement," Dittes wrote. "We, in this union, could not be more disappointed with General Motors who refuse to recognize the experience and talent of our membership."

In a statement, GM said it continues to negotiate in good faith "with very good proposals that benefit employees today and builds a stronger future for all of us."

The company said it is committed to talking around the clock to resolve the dispute.

But Dittes wrote that while both sides had made progress on important issues two days ago, the talks now "have taken a turn for the worse."

Dittes also sent a sharp letter to GM's vice president for labor relations Sunday, saying: "You didn't even have a professional courtesy to explain why you could not accept or why you rejected our package proposal for each item we addressed."

A person briefed on the talks said Sunday that the union voiced concerns about GM increasing production in Mexico, where it now builds pickup trucks, small cars and two SUVs. The person, who spoke on condition of anonymity because the talks are private, said both sides are far apart on guarantees of new products in U.S. factories.

GM leads all companies in automobiles produced in Mexico at just over 833,000 last year, according to LMC and the Center for Automotive Research, a think-tank based in Ann Arbor, Michigan. Of GM vehicles sold in the U.S., 22% are produced in Mexico.

GM's U.S. factories have been shut down since the workers walked out Sept. 16. Parts shortages also have forced the company to close plants in Mexico and Canada.

Industry analysts say GM is losing more than $80 million a day as the strike continues. Workers earn $250 per week in strike pay while they're on the picket lines, about one-fifth of what they normally make.

Wages and pensions are among the issues that remained unsettled.

Striking workers have said they want a bigger share of the more than $30 billion in profits that GM has made during the past five years. But the company wants to cut its labor costs so they are closer to those at U.S. factories run by foreign automakers, mainly in the South.