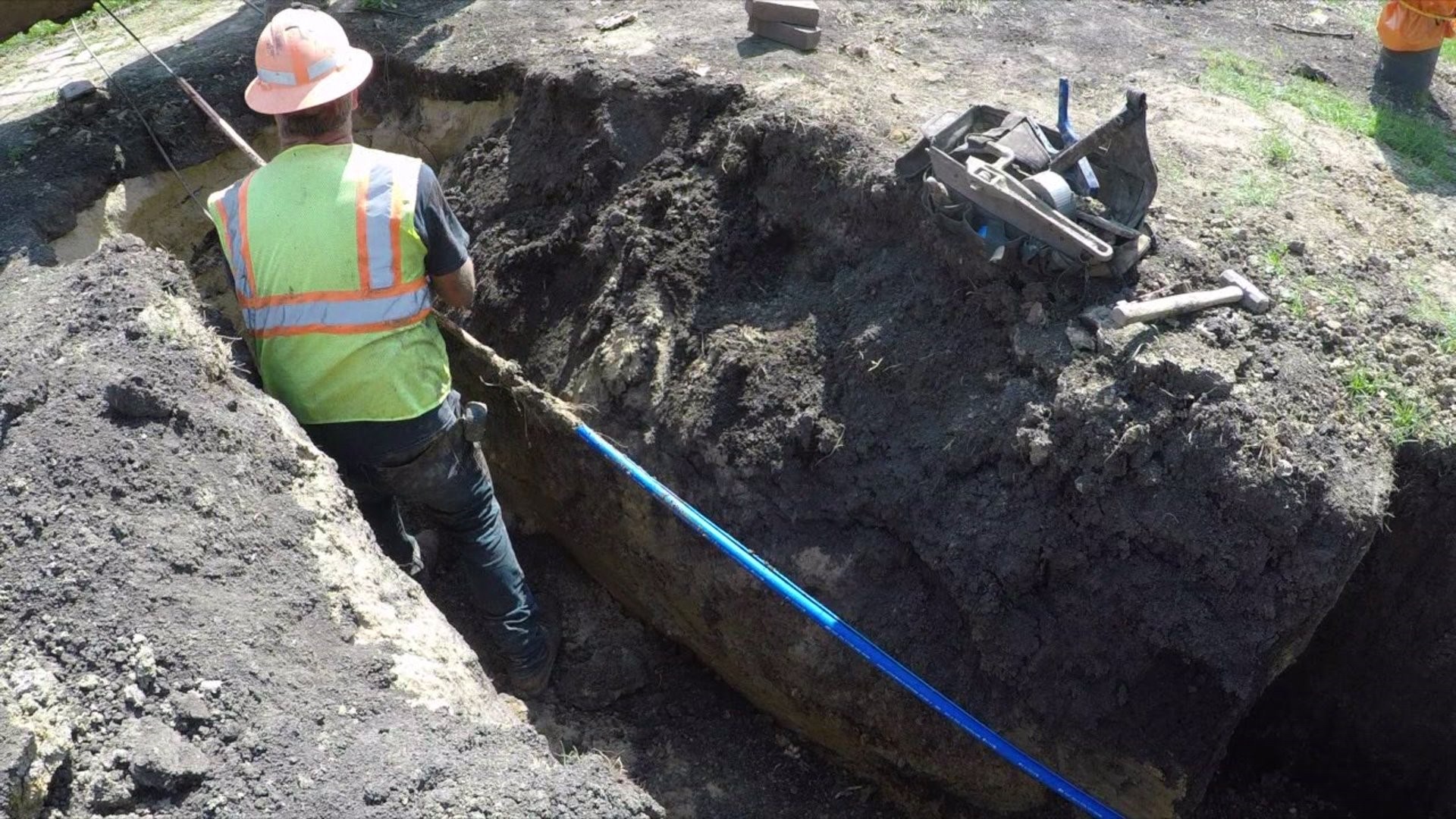 GALESBURG, Illinois – Repairing lead services lines is working in Galesburg with lead levels in the water down to the lowest in 25 years.

City workers replaced the first service line in 2017 and their goal is to repair all 3,000.  Since then, they are halfway to that goal and have replaced 1,500.

On Thursday, workers were replacing lines on Monroe Street, which was a mess at first glance – giant hole after giant hole lining every home on the block.

“This house is almost 100 years old, so those lines had to had been in that long, so of course they needed to be replaced,” says Carol Gibson, a resident on Monroe.

The goal with the project is to take a blue plastic cable, push it through the lead pipe, remove the lead, and replace it with plastic.

“So, instead of digging a trench and lifting that pipe out, what they do is they pull that lead pipe out by running a line through the lead pipe that is there,” explains Wayne Carl, the Director of Planning and Public Works.

The city did a recent water test and discovered lead levels are down 50%.  To get to that point workers must make a big mess first and tear up front lawns.

“They have to physically go out and tap the main at each one of these houses, make a street opening, patch the street back, inconvenience traffic when they are doing the work,” elaborates Carl.

But neighbors believe even though it’s a mess on their block right now, it’s a mess that will be worthwhile in the future.

The city says they applied for a grant to replace 500 more lead service lines by 2020.

The Knox County Health Department says there is no new data on children and people with lead health problems since they made a report back in 2017.

“Anytime we can eliminate a source of lead exposure, whether it’s a service line, paint, dust, anything like that – it’s a benefit to the community,” says Wil Hayes, Assistant Public Health Administrator at Knox County Health Department.