Funerals have been held for all five children who died in a Pennsylvania daycare fire. 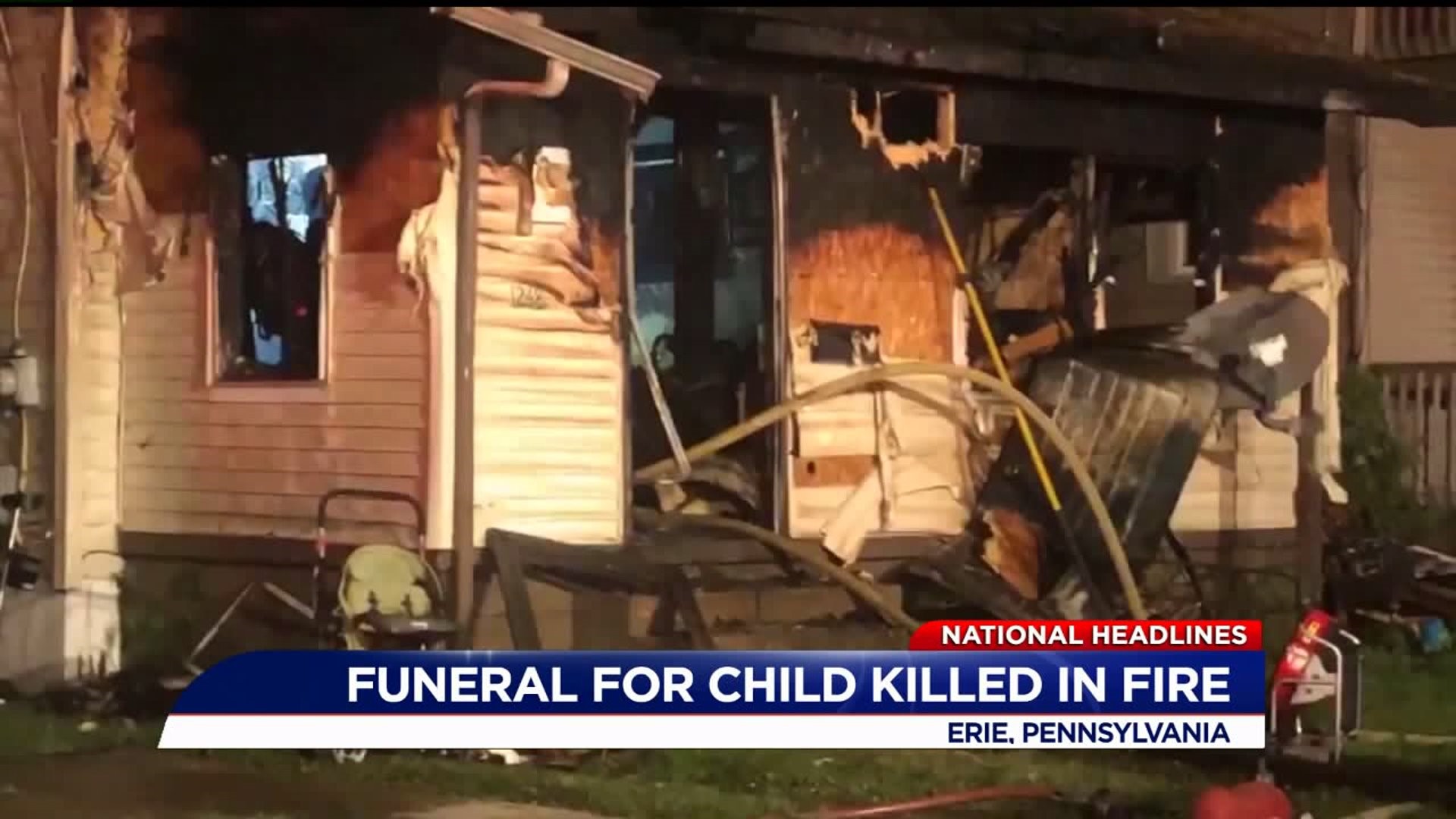 ERIE, Pa. (AP) — Residents of a Pennsylvania city gathered to mourn and remember four of the five children who died when fire swept through a home child care center.

Three of the victims were the children of a volunteer firefighter, Luther Jones. Their mother, Shevona Overton, is also the mother of Jaydan. An adult and two adolescent boys were able to escape. Fire officials suspect last Sunday's blaze was accidental and possibly electrical.

The most important lesson from such a tragedy, Schember said, "is to really value and treasure the relatives and friends that are still with us." And, he said, "only a strong belief in God can help us humans through a loss like this."

The Rev. Charles Mock of Community Baptist Church drew an ovation as he urged the community that had come together "Don't stop now."

The Rev. Lamont Higginbottom Sr. of Second Baptist Church said children are born "without the sting of hate in their heart" and their loss "seems to rob the community of speech."

Drawing from the biblical story of Job, he said "The Lord gave, and the Lord has taken away" ... but "blessed be the name of the Lord."

Relatives of the victims, he said, "only entrusted you with the shell of these kids, because the soul of these kids belongs to Almighty God."