Silvis man recovering after being hit by snow plow

Man fights for his life after being struck by a snow plow on an early icy morning in January. 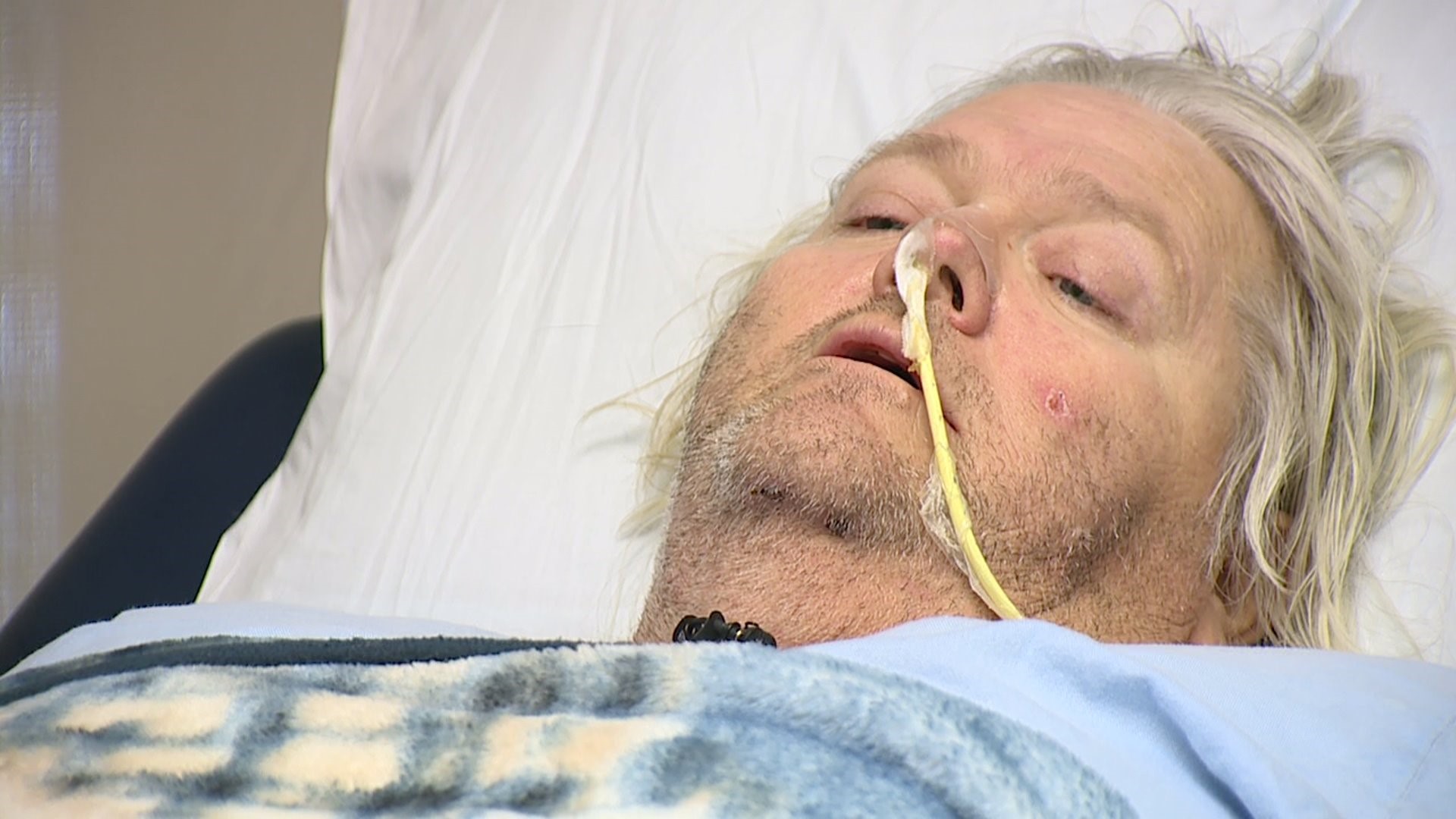 DAVENPORT, Iowa – A Silvis man is recovering after being hit by a snow plow.

Terry Bunting is a truck driver who was traveling through LeClaire to Clinton one early snowy morning.  He stepped out to clear ice off his wipers when he was struck by a snow plow.

That accident leading to a fight for his life.

The route he was traveling was the route he knows well because he’s been truck driver for more than a decade.

“I could run it with my eyes shut,” explains Terry who has been delivering US Mail for 14 years.

Bunting was the ideal employee, someone workers at North Cedar Trucking could always depend on.

“You can set your clock to him being here,” says Brad Mason, Terry's boss at North Cedar Trucking.

But one icy morning on his mail route through LeClaire, Terry’s daily routine took a turn for the worst.

“The wipers kept freezing over so I waited until I got off the interstate to clean the wipers,” Terry remembers.

“I was starting to get back into the truck when I see the snowplow coming and I could not get out of his way,” Terry looks back. “I see him hit me.”

“I was laying on my back in the middle of the street screaming,” Terry comments. “I even made somebody, the plow guy or somebody, get my phone out of the truck.”

The first person he thought to call: his boss, Mason.

“He was frantic on the phone and said that all he really cared about was getting the mail there on time and told me to get there and help him, so he could get the mail on time,” Mason says.

That’s just the kind of guy Terry is.

“I was trying to get out of him where he was and all he could say was LeClaire before he blacked out,” Mason says.

The next time Bunting would open his eyes he would find himself in a hospital bed, his wife Ann Bunting at his side.

“I mean when I walked into that room I mean my whole world changed,” says Ann tearing up. “All I kept thinking was “please let him be alive”.”

“From there on it’s been pure pain,” says Terry.

Pain from multiple surgeries on his leg, a completely shattered pelvis, and countless broken ribs.

“I’m just starting to eat and drink,” Terry explains after being fed through a feeding tube since the accident.

The physical healing is still in progress, but there’s mental wounds to mend too.

“Every time he closes his eyes he can see it over and over again,” comments Ann.

But Terry’s nightmare doesn’t stop there.  This trustworthy worker has people depending on him.

“His is the only source of income for his family,” explains Mason. “His wife is (legally) blind, he has a special needs daughter.”

Because as Terry believes this path could’ve been anyone’s.

“Accidents happen,” Terry says. “And he was doing his job as well as I was doing mine.  At this point I don’t blame anybody.”

With no one to blame this driver is determined to look past the road blocks and move forward.

“And everyday he is getting stronger so that is all that matters,” Ann says.

Now, his only job is focusing on his long road to recovery.

At this point, Terry is unable to walk let alone work again.  Doctors will determine his ability to walk after a few more surgeries.

The family is currently looking to move into a home that is handicap accessible.