From the QC to DC: Founder of Argrow’s House in Davenport Receives National Award

Only five people in the country are honored in this way and Dr. Kit Ford is one of those people. 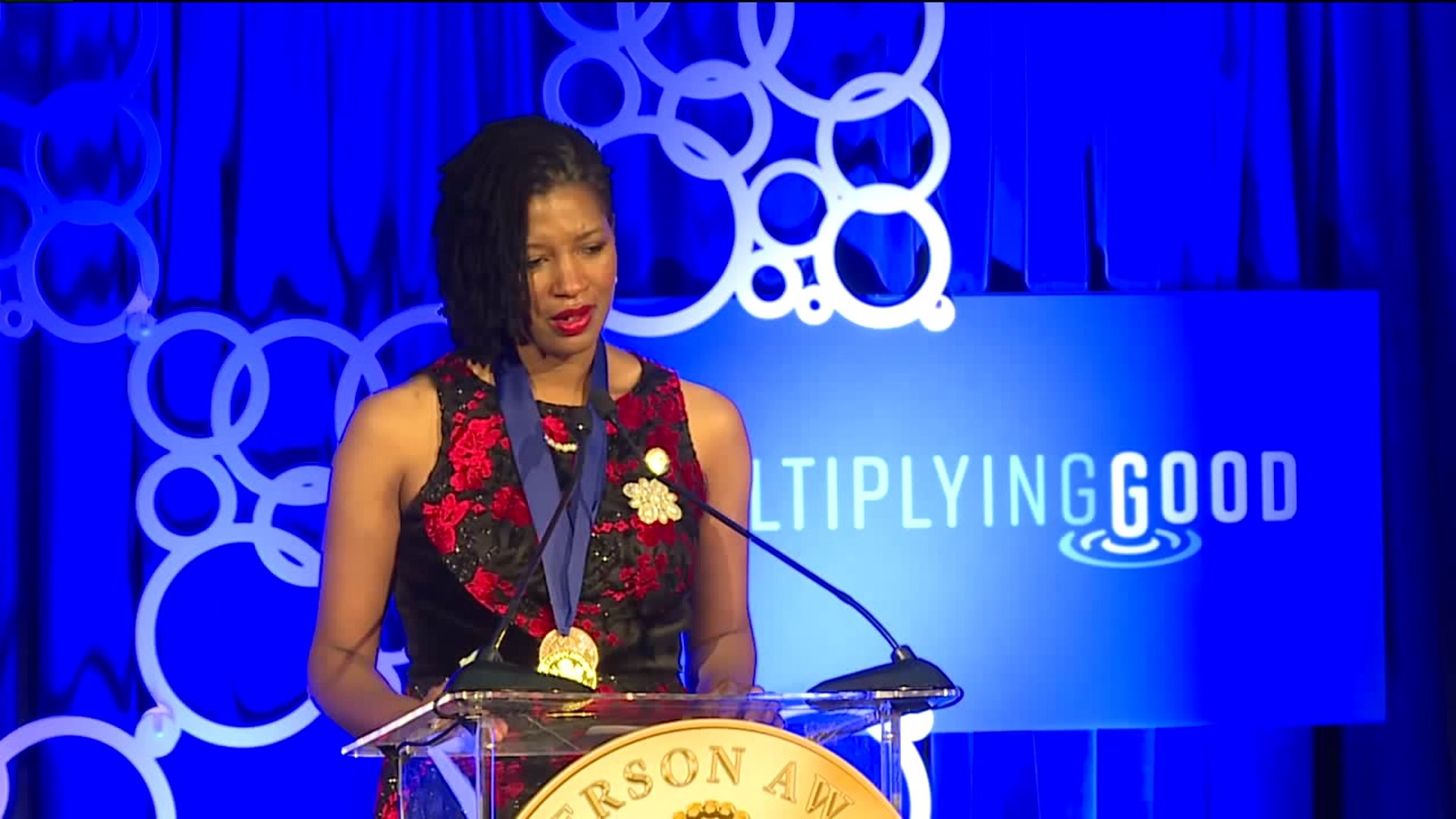 Only five people in the country are honored in this way and Dr. Kit Ford is one of those people.

On Tuesday, June 18th, the founder and director of Argrow's House in Davenport was surprised with the Jacqueline Kennedy Onassis Award for Outstanding Public Service Benefiting Local Communities. The award was given during the National Jefferson Awards Ceremony at The Mayflower Hotel in Washington, D.C. The Jefferson Awards Foundation recognizes people in our communities who are "multiplying good" and proving that one person can make a difference.

WQAD has been a Media Partner of the Jefferson Awards Foundation since 2015. Every year, we choose eight nominees then pick one finalist to join other finalists from around the country at the National Jefferson Awards Ceremony. This is the first time one of our finalists has won the Jacqueline Kennedy Onassis Award.

Argrow's House is a healing house that offers free services for survivors of domestic violence and abuse. It's also a social enterprise, which hires survivors to create bath and body products that are sold online and in local stores. The idea was created by Dr. Kit after she became a survivor herself of an extremely violent assault while she was serving in the Peace Corps. For her story, click here.