This year the tournament brought in a grand total of 5,338 Asian Carp. The Carp Police team won. They added 370 carp to that total. 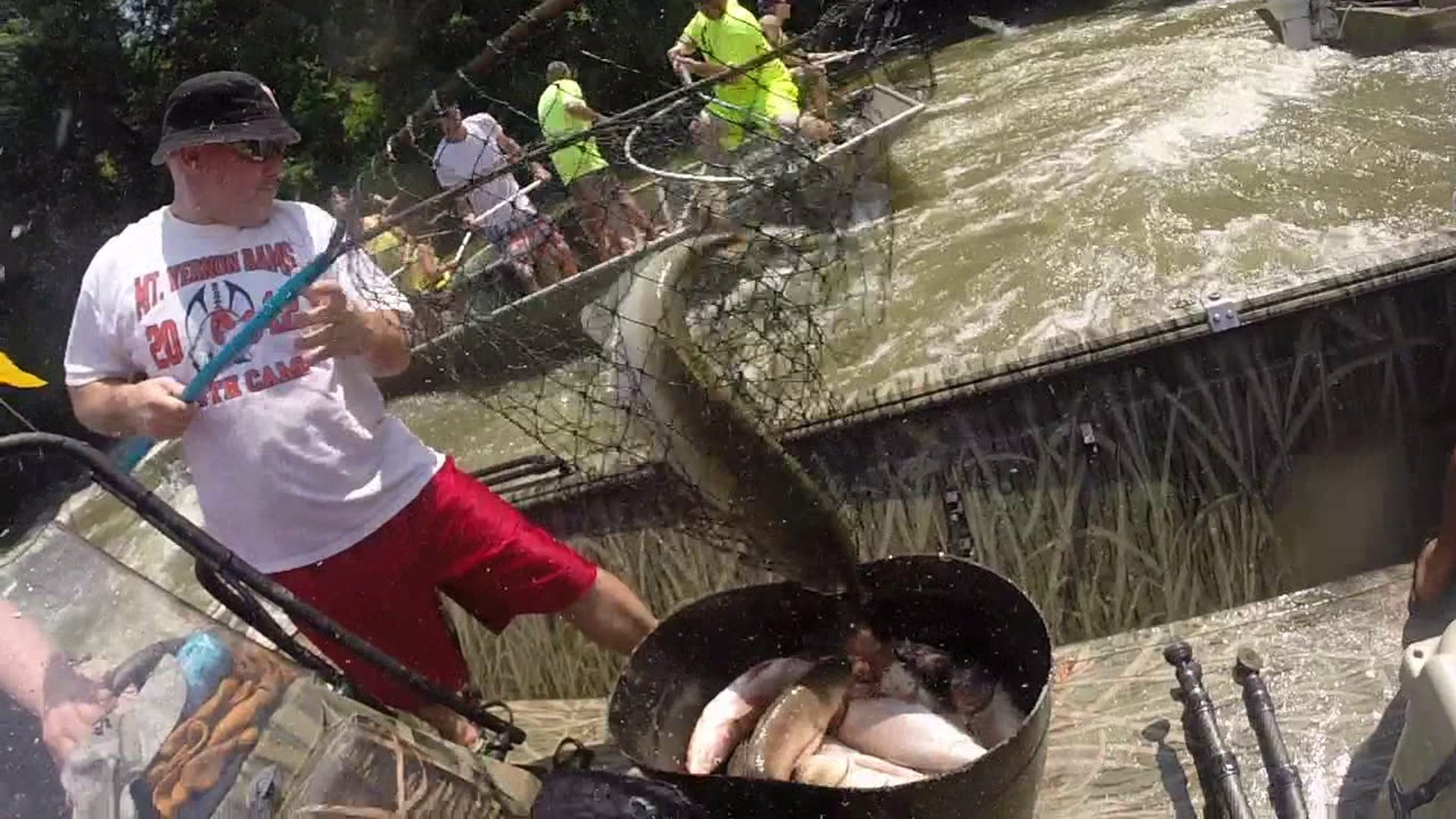 Grab your gear,and start your engines for fly fishing, of sorts, like you've never seen before.

For one weekend out of the year, leave your fish finders at home.

Thrill seekers like Heidi Browne, her husband Steve and friends come to the Illinois river to catch Asian Carp for the Redneck Fishing Tournament. 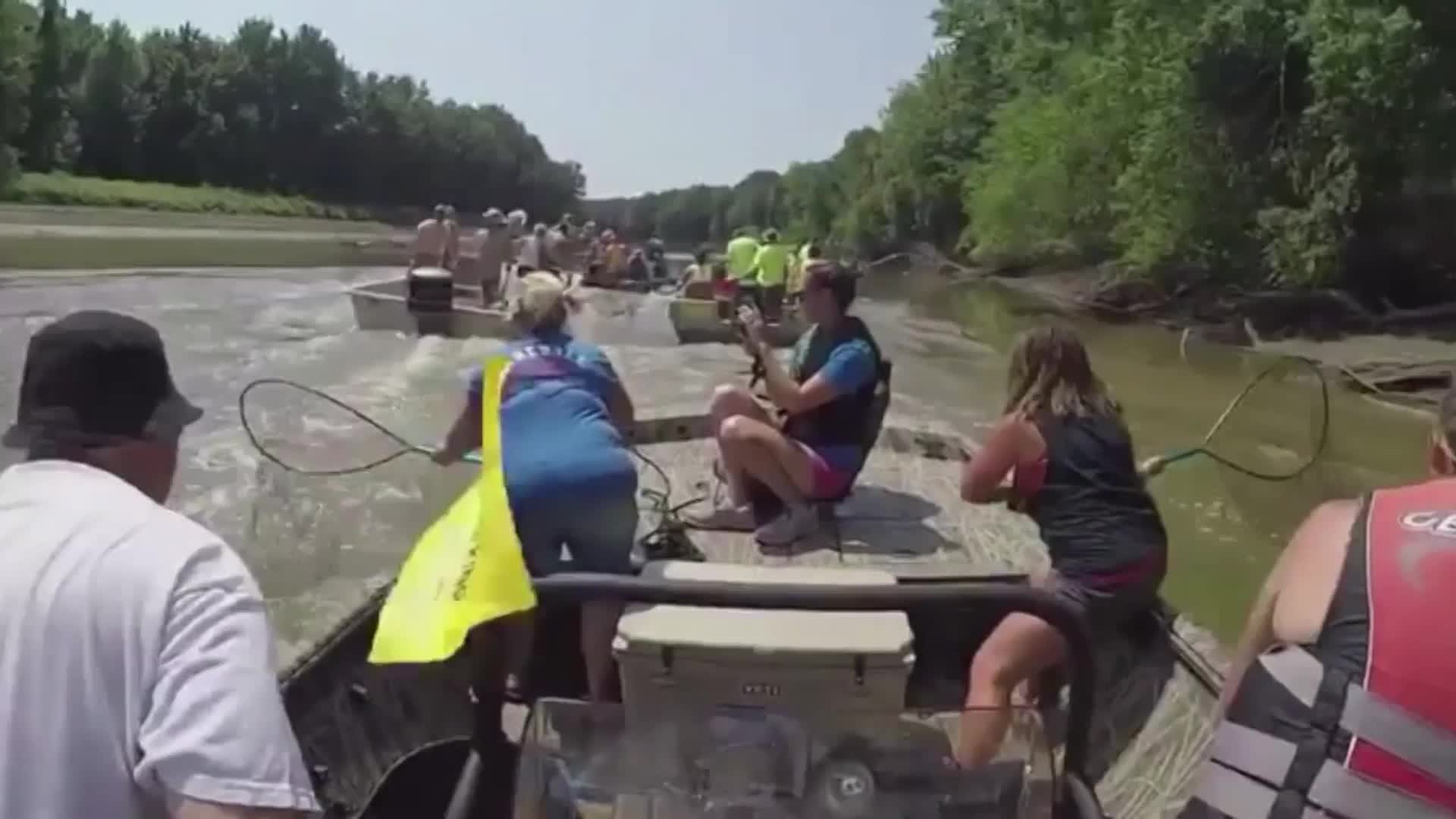 The contest pits about 20 boats per heat versus countless carp.

"We get in a group of people. The first group works on churning them up, and then they start jumping out, and we try to catch them and put them in a bucket," says Heidi.

The catchers try to rid the river of these slimy pests.

The Asian Carp destroy the habitat of the native creatures. And for the people, they're not just sore on the eyes.

"You've felt what it feels like when they hit you. They're dangerous," says Steve.

So that's why they're here, fishing and bobbing. Because on this day in this corner of the river, for Asian Carp, there are no limits.

This year the tournament brought in a grand total of 5,338 Asian Carp. The Carp Police team won. They added 370 carp to that total.

People can take the fish home, but most of them are used to make pet food.