Construction along Kauffman Avenue in Dubuque hits a roadblock after flash flooding washes away progress on a project meant to solve water run-off issues. 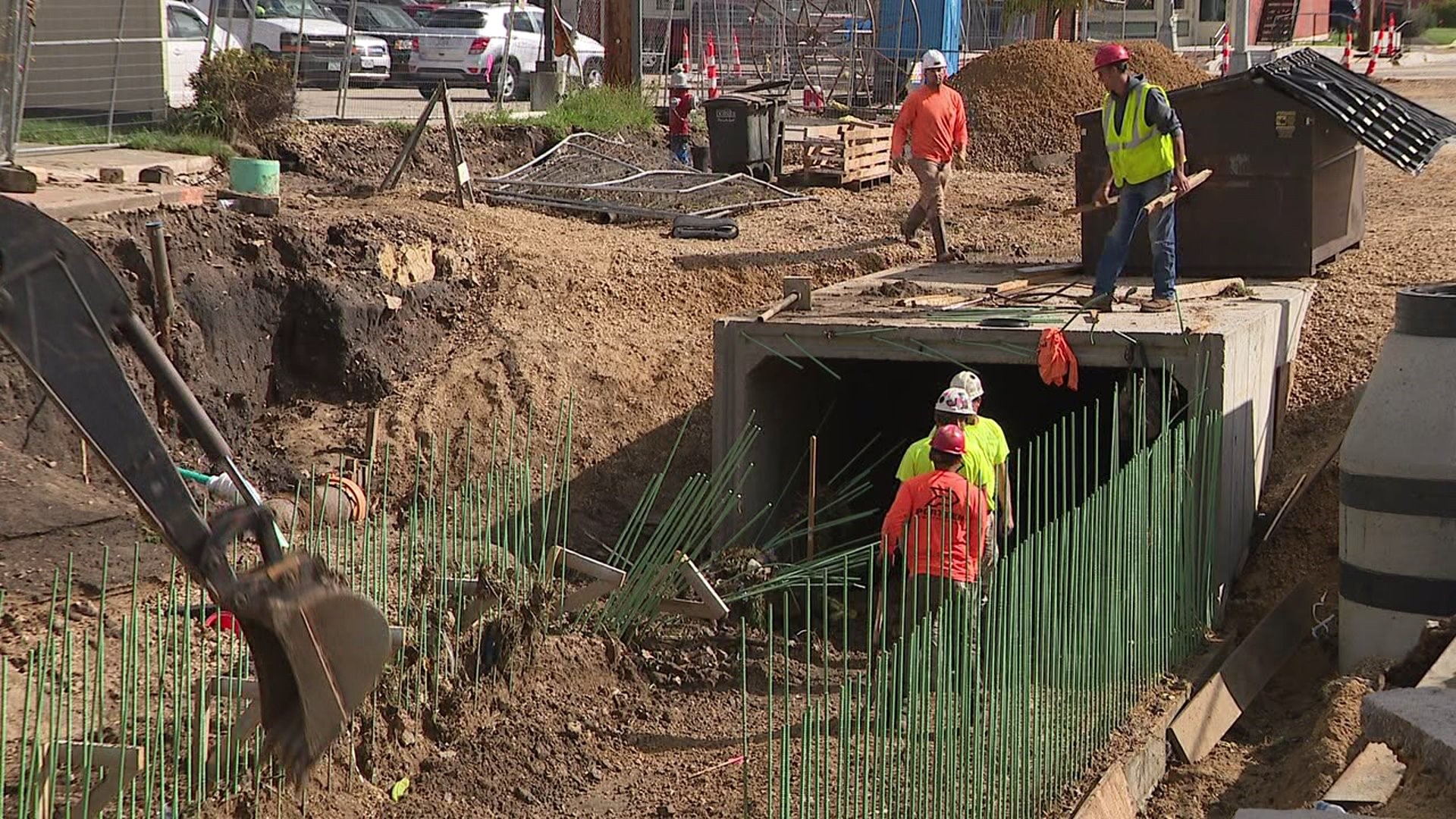 DUBUQUE, Iowa -- Construction along Kauffman Avenue in Dubuque hits a roadblock after flash flooding washes away progress on a project meant to solve storm water issues.

In the last 24 hours, Dubuque has recorded nearly six inches of rainfall. A lot of that water funneling down Kauffman Avenue overnight -- leading to a flash flood warning that was in effect for several hours.

This morning, however, construction crews with Portzen Construction, the contractors working on this phase of the project, were busy with clean up.

We kind of know every time it rains, it pretty much makes a mess of everything," said Tony Jasper, a site director for Portzen. "Pretty much start over and redo everything that we did the day before."

According to the City of Dubuque's engineering department, construction near Kauffman Avenue began in early April. However, last night's flash flooding, and other rainy days late in the season, has delayed the project six weeks.

Jasper said rain has delayed them three times this week and an estimated 2-3 times the week before.

Bill Brenner, a nearby resident, said he was one of many who ran out of his house in the middle of the night to see the water rushing down his street.

In one video clip, captured by another neighbor Mark Schumacher, a large dumpster could be seen being swept off the street and carried into the construction pit.

"That's what usually causes the damage around here. It's that sudden burst of rain," said Mike Bihl, a Dubuque native who often keeps up in the entire project. "You can literally see (in the video) the power of the water just eat away at the soil and anything that’s disturbing it."

Thursday night, nearly two and a half inches of rain fell in just one hour. The city said the entire project is actually meant to improve run-off issues.

"This box culvert is replacing two old storm sewers that were smaller and supposed to handle the water," said Jasper. He said water should come down Kauffman, into the new and larger culvert, eventually emptying out into Bee Branch Creek.

"You have to realize the geography of Dubuque," Bihl said. "We got hills on this side, we got a hill on that side... all that water eventually comes down through (Kauffman) so we got a steady flow of water."

At least two homes along Kauffman Avenue were deemed "uninhabitable" by the city due to the damage from the flash flooding. One home began experiencing electrical issues and another had an interior wall become unstable due to water pressure on the outside.

According to the city's engineer, construction on this phase is now expected to go into the spring. The box culvert should be placed and set by the end of November. The city said the six-week delay will likely impact temporary street paving and sidewalk installation.