Mary Nonnenmann cautiously walked up to her classroom at Jordan Catholic School in Rock Island, where Sister Clementia is standing in front of the class. “... 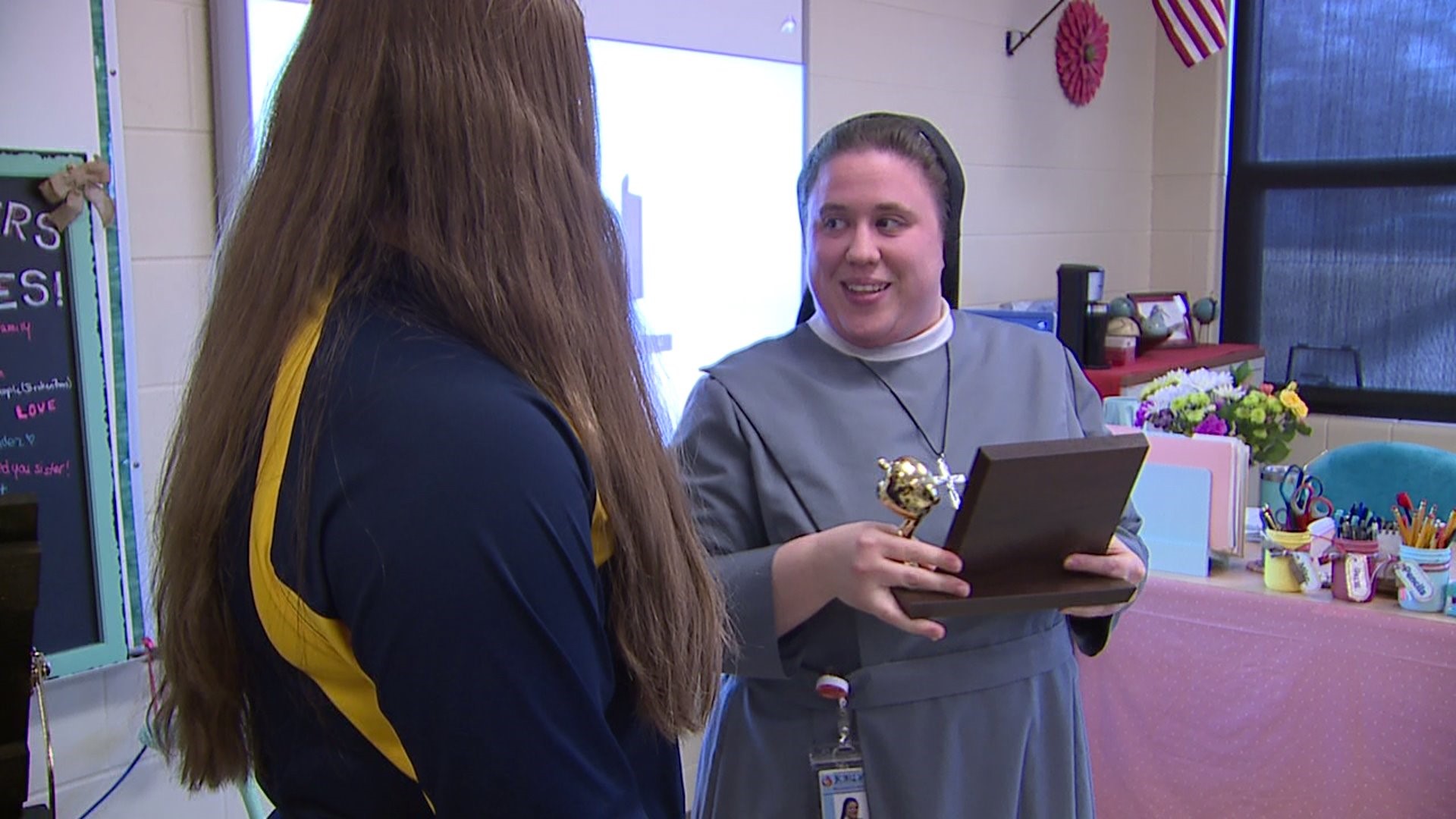 Mary Nonnenmann cautiously walked up to her classroom at Jordan Catholic School in Rock Island, where Sister Clementia is standing in front of the class.

"Sister? I would like to give you this reward, because you're my favorite teacher," she said quietly.

Sister Clementia's cheeks turned bright red as she smiled brightly back at Mary. She accepted the plaque Mary was holding with a warm, "Thank you". Sister noticed the crowd forming in her room, while her students loudly cheered.

Sister Clementia may be shy in front of strangers, but in front of her students she is right at home. She is comfortable enough to be vulnerable, letting them in on a personal part of her life when her father died last month.

"Yesterday their only homework was to go home and tell their parents they love them," she said. "They took it to heart. It was very beautiful."

Sister Clementia took time off to say goodbye to her father. But when she returned to work about a week later, she found colorful messages of love and support written on her classroom whiteboard. There was a bouquet of flowers and a stack of handwritten cards. The students had also raised money to gift her a palm cross with her father's name on it.

"When I called my dad to tell him I was teaching, he cried," she remembered. "It meant so much to him."

Sister Clementia spent years working as an accountant for her parish. She knew her true calling was in the classroom, and finally decided to speak up. Her superiors gave her the opportunity to teach religion for the first time this year at Jordan Catholic. As it turns out, the shy teacher who blushed when a crowd walked into her classroom is actually quite bold.

"At the beginning of class, Sister plays a song of the day," said Mary. "One class the song was Joyful Joyful from Sister Act 2, and she sang along to the entire song. It was hilarious."

The class demands a repeat performance. After some hesitation, she starts to rap.

Joyful, Joyful
Lord we adore Thee
An' in my life
I put none before Thee...

By the end of the verse, Sister Clementia's students are loudly singing along, finishing with huge applause.
"She's very spunky and fun and thinks outside the box and makes people feel comfortable in her classroom," said Mary.

"I've fallen in love with teaching and the students and everything," said Sister Clementia.